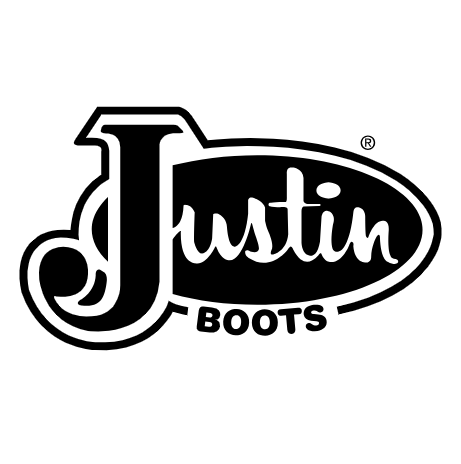 A torn anterior cruciate ligament is a devastating injury to any athlete. For most, it’s season-ending; sometimes career-threatening.

“I’m thankful the Justin Sportsmedicine Program is out there for us,” he said.

Gray had a tremendous season even before grand finale, the Wrangler National Finals Rodeo. But his annual earnings are nothing compared to other professional athletes, who typically are guaranteed hundreds of thousands to millions of dollars before they enter the arena.

Take New England Patriots running back Kevin Faulk, whose 2010 salary was listed at more than $3.5 million. He suffered a torn ACL the second week of the NFL schedule and was placed on injured reserve, meaning he was to miss the remainder of the season because of the injury. Whether Faulk is in the training room or sitting on his couch with ice on his knee, the paychecks kept rolling in.

Gray, who initially injured his knee in 2006, doesn’t have that luxury. The only way he gets paid is if he competes and only if he places high enough to earn money. That’s why the bronc buster continues to ride the nastiest bucking horses in the sport without that stabilizing ligament in his right knee.

Sure, part of what led to the decision is just being cowboy tough. But another part is that without guaranteed paychecks like Faulk’s, rodeo athletes must do whatever they can to make ends meet and, if possible, compete for championships.

The New England Patriots have team doctors and a training staff to take care of their highly paid athletes.

Fennell knows what the program means as well as anybody in the business. In 2010, he earned his second straight trip to the sport’s season-ending championship at the age of 37, all while trying to use every ounce of athleticism his 165-pound body possesses to ride fierce bucking broncs.

“Those bucking horses beat you up a little bit, then you get in the car and go for 14 hours to another rodeo,” Fennell said, noting that members of the Justin Sportsmedicine Team not only care for cowboys, but also give the athletes tips on how to care for themselves while traveling the rugged rodeo trail. “You get all tight, and they show you what you can do to stay loose.

“I get stretched out a lot, and they help you a lot. My groins get tight. They help me work through all that.”

But the sportsmedicine team can’t be everywhere. There are about 580 Professional Rodeo Cowboys Association events each year, and Justin has staffers at about 125. That’s where education and understanding come into play.

“Even with the Justin Sportsmedicine program, I still do all my own taping, but they’re the ones that taught me how to do it,” said Gray, a six-time NFR qualifier. “If I have an issue, they can help. They’re the professionals that know what our needs are without having to ask us. They’ve got the technology to look up information on us when they need to.”

It’s just a piece of evidence about the growth of the program, which started three decades ago by using pickup beds as makeshift training tables. The program now has three 40-foot Bloomer trailers – training rooms on wheels – that have been specifically designed for the care of cowboys and cowgirls.

“We’ve got three trailers when we essentially could have five trailers on the road,” said Rick Foster, program director for the Justin Sportsmedicine Team. “We’re seeing tremendous growth and support in the system, so anything’s possible. As far as acceptance of rodeo athletes and the rodeo community, we have that. The contestants know we’re there for them.”

Helping the best be the best

Cory Wall has been considered one of the best bullfighters in rodeo for much of his career. In 2009, he was named the PRCA’s Bullfighter of the Year for the first time. For Wall, it was more of a career honor than an annual one.

While he possesses tremendous athleticism and a fantastic work ethic, he knows where the credit lies to winning the award when he did: The Justin Sportsmedicine Team of medical personnel.

“What they’ve done for me is lengthen my career,” said Wall, 42. “I’ve had a lot of injuries that would’ve sidelined me for a long time, but I have been able to not miss a performance. If you miss performances, they quit hiring you.”

Though typically he doesn’t compete for his earnings, Wall’s job is to utilize his athleticism to help keep cowboys – and all others in the arena – out of harm’s way during the bull riding competition. It means getting as close to the dangerous action as possible, sometimes closer, and trying to get everyone out of the situation unscathed.

Through his career, Wall has had plenty of strains, bruises and broken bones, but he’s battled through them all in order to do his job.

“In this business, it’s a livelihood,” he said. “I can’t be sidelined, or I don’t get a paycheck. Does that mean it’s pain-free? No, but that’s part of it.

“The worst injury I’ve ever had was when I tore my Achilles tendon in my right foot. If you look at NFL pro football players, a torn Achilles means your season is done. For me, three weeks after the injury I was back in the arena.”

Like all the others, Wall works several rodeos that don’t have the Justin team. He’s learned over time to care for himself as much as possible.

“You really miss them when they’re not there,” Wall said. “You can take advantage of it when they’re there, but when they’re not, they give you all the tools you need. These guys gave me an incredible brace to use, and they show me how to tape that brace on so it’s just as good.”

“Having those guys at a rodeo is great,” Fennell said. “You’ve got ice and tape, and if something’s really wrong, they can check that out. But at that point of the season, it’s more of maintenance, just taking care of your body.”

Rick Foster fancied himself a bull rider, but also he was a student in the sports medicine program at the University of Colorado in the late 1970s.

In fact, he and a friend organized the National Little Britches Rodeo Sports Medicine Program just before the Justin program was initiated in 1980. When the Justin Sportsmedicine Team worked the 1981 National Western Stock Show Rodeo in Denver, Foster volunteered to help. He’s been involved since and now serves as the program director.

“We started conducting stress tests of rodeo athletes,” said Foster, who also was part of Colorado’s NCAA-sanctioned ski team. “That’s really what we started with the first few years, because that was going to tell us how injuries were produced and how to treat those injuries. The research was a very important part of the program.”

“I’ve worked with a lot of professional athletes in a variety of sports, and rodeo is definitely one of the toughest and most grueling on its athletes” said Mike Rich, the executive director of the Justin Sportsmedicine Team. “Most people who know rodeo will tell you (that) it’s not if an athlete will get hurt, but when and how bad. In addition, rodeo athletes are independent competitors, so they don’t have the luxury of a ‘team’ doctor or athletic trainer that travels around with them.

“The Justin Sportsmedicine Team has always done a great job of filling that void and bringing medical care to the cowboys; we’re just looking to increase the quality of that care.”

Is it helpful that both Rich and Foster come from ranching/rodeo backgrounds?

“Knowing the lifestyle and knowing the horses is not critical, but it helps you to understand the mentality,” Foster said. “Most trainers come from football or another contact sport. Probably the biggest part is educating them on the difference in the sport, the physical and mental. Eight seconds, if they make it, is a heck of a run. Rodeo, by its nature, is very quick, very short.”

Besides trainers, the team is comprised of highly skilled physicians, trauma specialists and physical therapists. They work in cooperation with experienced local physicians and medical providers to bring quality care to the rodeo athlete. And the Justin crew also has a database that they can utilize all season long.

“We have implemented ways, via the Internet, to document injuries and treatment protocols securely and in real time so the doctor or clinician treating an athlete at a rodeo in Denver on Saturday night will know exactly what the doctor who evaluated the injury the night before in Fort Worth saw in the X-ray, etc,” Rich said.

Those types of improvements – from technological advancements to better surgical techniques to updated training methods – have guided the Justin Sportsmedicine Team over its three decades of operation.

“I think we’re very close to having the type of sports medicine that you see with any other major sport,” Foster said. “We have a group of experienced people who have a passion for caring for athletes. Experience teaches you to always learn. Our technology, our newness of equipment and our staff have come from all that.”