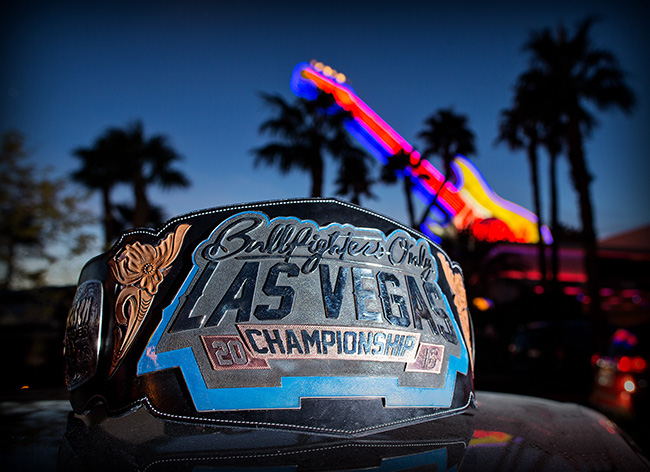 LAS VEGAS – The man-vs.-beast combat of freestyle bullfighting has a new twist during this week’s Bullfighters Only Las Vegas Championship.

The tournament-style format will feature head-to-head matches Wednesday and Thursday during the competition set for 1:30 p.m. at the Hard Rock Hotel & Casino. There are four additional performances Friday and Saturday. Tickets are on sale now at HardRockHotel.com and AXS.com.

“You don’t know what to expect,” said Weston Rutkowski, the No. 1 bullfighter in the BFO from Haskell, Texas. “It’s a head-to-head match, and you just have to beat one guy. With that being said, it doesn’t change how you go about your bullfight. I’m fighting against my animal, and I still have to do better than my animal.

Just like March madness, the BFO Las Vegas Championship has a survive-and-advance feel to it, only survival means many things in freestyle bullfighting. Men must tempt danger in their bouts with agile and athletic bulls that have been bred for these kinds of fights.

“Nobody wants to go through the losers’ bracket. Everybody’s doing to just let it hang out.”

Harp will go head-to-head vs. Kyle Lippincott. The other match-ups are Wayne Ratley vs. Tate Rhoads, Daryl Thiessen vs. Zach Call and Rutkowski vs. Aaron Remmer. Ratley, Harp, Call and Rutkowski earned top seeds from their performances in the BFO Roughy Cup, while the other four advanced to the tournament through the Pendleton Whisky Qualifier Round – both events took place last week at the Las Vegas Convention Center.

“The tournament format works really well because of the unknown results of it,” Rutkowski said. “Last year I won the Roughy Cup and went into the qualifying rounds as the top seed, and I got taken out by the bottom seed. It sets a guy up for success whether you’re the top seed or the bottom seed.”

Whether they are first or second in their match, the men understand the factors in play as they fight their bulls. Those that are first must set the tone with strong bouts; the second bullfighter will have a score to beat, and that could mean taking more chances to get more points.

During his first-round set in last week’s Roughy Cup, Harp had already seen Ratley post an 89-point score; Harp finished his fight with an 89.5 to advance to the final round.

“I like the head-to-head,” Harp said. “It brings something different to the bullfight. It worked really well last year when we did it here.”

No matter the format, the bullfighters know they’ll be tangling with the best animals in the business over the course of the BFO Las Vegas Championship. That adds to the flavor of the competition and allows for amazing energy; it’s also a dangerous setting for true athleticism.

“We know the BFO is going to bring the heat,” Rutkowski said. “You saw it at the Roughy Cup. Nobody’s really safe, but you have to be willing to expose yourself that much. Somebody’s going to get hooked because they’re trying to dress things up to get the scores they need to advance.”