GUNNISON, Colo. – The Gunnison valley is rooted in agriculture, and there’s no better display of it than Cattlemen’s Days 4H exhibits and shows.

“The livestock shows not only allow the generations to come together and build upon that foundation, but it’s just part of our community,” said Shelby Rundell-Le, one of three Gunnison County Extension agents. “Kids learning from previous generations just helps them grow their character and their personal life skills while keeping agriculture vital in the valley.” 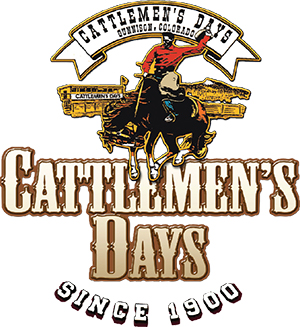 That’s not just the extension agent talking. Rundell-Le and her sister, Karla Rundell, were 4Hers growing up in Gunnison, and both are involved in Cattlemen’s Days.

“Coming back to Gunnison and working in the office, I have gained a greater appreciation for the hard work that goes into the 4H program,” she said. “When I’m able to work with a kid and their face lights up with excitement and pride, you just can’t beat the feeling you get.”

Rundell-Le spends half her time with the 4H programs in the county and half her time in family and consumer sciences. This time of year, however, is nearly 100 percent working with the youngsters. Over the next couple of weeks, she’ll spend most of her hours at the Fred Field Western Center, which is the epicenter for all things Cattlemen’s Days.

“The general projects play a huge role in the program,” Karla Rundell said, referring to projects like science, leather crafts, wood working and nutrition. “The Gunnison County Extension teaches the youth involved in 4H. It goes beyond learning responsibility and caring for and completing their projects.

“The extension office strives to teach the youth about the value of citizenship, confidence and life skills that last them a lifetime. I think 4H gives youth in Gunnison valley the opportunities to grow and bloom into successful individuals.”

“I want to show kids that there are people out there that are genuinely interested in their success as a person as I experienced,” she said. “In regard to the livestock shows, they are a chance for the kids to bring their projects they’ve been working on for several months and exhibit them.

“They get to show how much they’ve grown as an individual with their projects, and they get a chance to meet industry professionals. It gives them experience talking with people, justifying their animal with the judge. They get to learn more about their projects.”

That’s the primary idea behind 4H. Every step of the process is a learning opportunity, and some of the greatest attributes involve the hard work that comes with each project – whether it’s quilting or photography or showing animals.

It all comes to fruition every July when the community gathers.

“Cattlemen’s Days is that time of year where everybody gets together and just has a good time,” Rundell-Le said. “Some haven’t seen each other in months, so they are able to sit back, relax, enjoy the shows, enjoy the rodeo and build memories.”