Munsell moves to the region lead 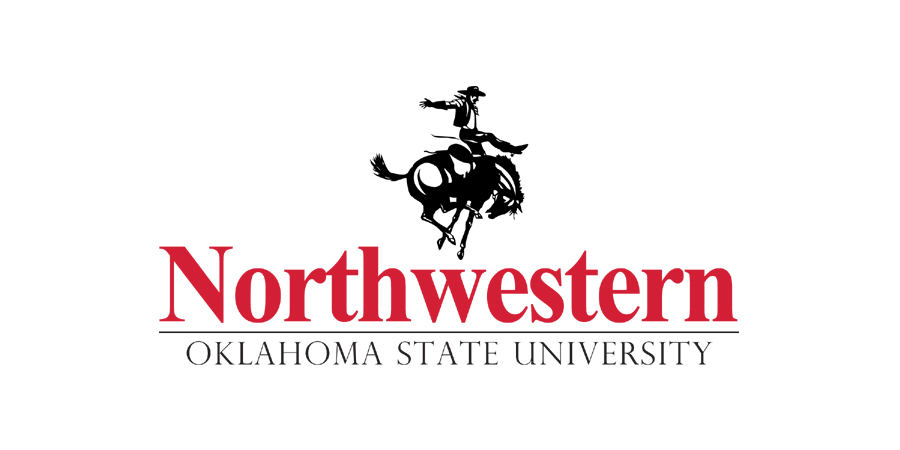 ALVA, Okla. – Breakaway roper Taylor Munsell has a Monster of a story.

That’s because her horse, Monster, has been through quite a bit and was the driving force for her victory this past weekend at the Garden City (Kan.) Community College rodeo. The two put together two solid runs – 2.1 seconds to win the opening round and 2.8 seconds to win the championship round – to claim the title.

“I knew I had to do really good to move into first in the region, so I went in with the mindset of trying to win the first round,” said Munsell, a junior at Northwestern Oklahoma State University from Arnett, Okla. “I knew the calves were walking fresh, so I went at a little different angle than a lot off people, and I drew really good.”

It paid off, and she now sits atop the Central Plains Region standings. With just 65 points separating her from the No. 2 cowgirl, Munsell knows she needs to continue to ride her hot streak heading into the final three rodeos of the season if she wants to win the crown and advance to the College National Finals Rodeo – only the top three contestants in each event at the conclusion of the region season advance to the championship, set for June in Casper, Wyo.

“Now that I’m No. 1, I want to stay there,” she said. “I’m going to pick up more on it, focus more on my techniques, rope the dummy a lot, keep my horses legged up and working, hit the gym and have lot more mental toughness to stay on top, not safety up.

“I just plan to make the best run on what I get and go at it like I’m still chasing someone in front of me.”

That’s the right attitude, and it proves to be working, but there’s a bigger story in Monster. Munsell’s father purchased the horse for $200 several years ago with hopes it would work out well for her. Though broke, he was skinny. After 30 days of getting weight on him, a 13-year-old Munsell mounted him for the first time.

“All he (did) was lope and drag his butt, so I bought him from my dad for $200,” she said. “Nobody else could ride him because he was so little.

He had a couple of life-threatening injuries along the way, but Munsell stayed with Monster and continued to reap the rewards.

“When I came to college my freshman year, the horse I was riding wasn’t nice enough, but I knew (Monster) was my next step,” she said. “I left my good horse at home and forced myself to ride him.

“He’s my blessing and my saving grace,” she said.

But those weren’t the only challenges she faced. Through high school, she had trouble with her right shoulder – while roping or playing basketball, her right hand would go numb. She was eventually diagnosed with thoracic outlet syndrome, a condition in which the nerves and blood vessels pinch off in between the top rib and pectoral muscle.

She has undergone extensive physical therapy – which she continues to maintain – and even surgery, but she’s found a winning combination. They were key in the Northwest women’s team finishing second overall in Garden City, but they weren’t the only ones getting points.

Munsell was joined in the breakaway points race by Melissa Couture of Springdale, Ark., who placed in both rounds and finished fourth in the average. Jennifer Massing of Ponoka, Alberta, placed in both rounds of goat-tying – sharing a short-round win – and finished tied for second overall; she was joined by Andrua Dufrane of Dawson, Minn., who placed fourth, and Meghan Carr finished fifth.

Barrel racer Kayla Copenhaver of St. James, Mo., finished third in the opening round but was unable to place in the final round or the average.

For the men, Ethan Price of Leedey, Okla., won both the all-around and heading titles in Garden City. In the latter, he roped with roped with his brother, Ean (of Garden City); they were 6.3 to finish tied for third in the opening round, then were 6.7 to share the short-round victory and claim the average. Ethan Price also placed fourth in tie-down roping.

Grayson Allred of Kanarraville, Utah, also scored points in multiple events. He placed in the first round of steer wrestling, then, roping with Sam Stamper of Oklahoma State University, finished third. Allred is second in the heading standings, and Ethan Price is third.

Steer wrestler Cody Devers held on to his lead in the region standings. He placed in a tie for sixth in the opening round, then posted a 4.1-second run to win the final round. He finished second overall with a two-run cumulative time of 9.5 seconds. Devin Olson of Coldwater, Kan., finished sixth in the short round and sixth overall.

The Rangers close out the season with the final three rodeos in each of the coming weeks. Both teams are in contention of qualifying for the college finals – only the top two teams advance to Casper – and several other cowboys and cowgirls are in position to qualify.

“I think our women’s team is awesome,” Munsell said. “I think everybody’s pretty supportive. I try to be supportive of everybody because everybody on our team has a chance to (win). We have a very good team, (with) lots of nice horses. Lots of people working super hard. I don’t know how it is at other schools, but from what I hear, I think Alva is the place to be.”