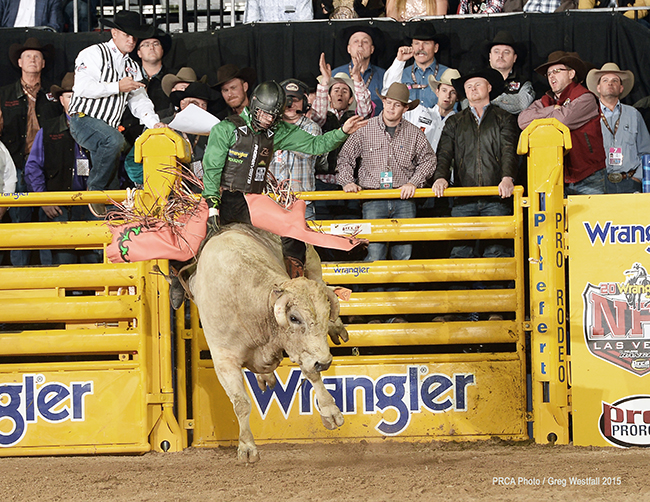 CLAREMORE, Okla. – The word about the Will Rogers Stampede is spreading across ProRodeo.

This year’s Professional Rodeo Cowboys Association event is set for 7:30 p.m. Friday, May 25-Sunday, May 27, at Will Rogers Stampede Arena, and it will feature more than 550 entrants for the competition. That says something about Claremore’s rodeo.

“We’re just continuing to grow, and I think that’s a great thing for this community,” said David Petty, chairman of the volunteer committee that produces the annual rodeo. “At the close of books, we had 631 entries, which is astonishing to me. Based on the most recent ProRodeo Sports News, there are 17 cowboys listed in the all-around standings, and 12 of them are entered for Claremore.”

The event has become a must-see for fans and a place on the schedule for the biggest names in rodeo: 23-time world champion Trevor Brazile, four-time champs Rocky Patterson and Tuf Cooper, two-time titlist Tim O’Connell are just a few of the men scheduled to compete.

“This is really my hometown rodeo, and it’s one of the best in the nation,” said Brodie Poppino, a Clem McSpadden National Finals Steer Roping qualifier from Big Cabin, Okla. “That committee treats the contestants good. They want to win Rodeo of the Year, and there’s a reason they do.”

The Stampede has been recognized as PRCA’s Small Rodeo of the Year for each of the past four seasons, and that distinction was voted on by the cowboys themselves. It’s a regular home to many of the sport’s greatest stars.

In fact, there are more than 60 contestants that have qualified for the national finals, and a dozen of those have claimed world championships. In all, they account for more than 50 gold buckles. All will be testing their talents in Claremore over the Memorial Day weekend.

“It’s good for our schedules to be able to work a good rodeo in like Claremore,” said Sage Kimzey, the reigning four-time world champion bull rider from Strong City, Okla. “It’s a good, central location, and you know the stock’s going to be great.”

That’s because the rodeo teams with Pete Carr Pro Rodeo, one of the leading livestock producers in the game. But there’s much more that goes into making the Will Rogers Stampede a success every year.

“They appreciate us being there, but we’re the ones who should be appreciating them,” Kimzey said. “They’re hard-working, and they are happy to put on a great event. They’re a fun group of people to be around.”

That’s been paying off. The number of entries has more than doubled the last nine years, so that says quite a bit about what’s happening in Rogers County.

“One of the things we’re doing is featuring our steer ropers with the Clem McSpadden Tub-Handle Classic,” Petty said of the event, set for 7 p.m. Thursday, May 24. “Clem meant so much to this area, and on the 10th anniversary of his death, we thought this would be a great time to introduce it.”

It is the only rodeo in Oklahoma to feature steer roping, which makes it special to the cowboys who compete in that specialized event.

“You have to hand it to David Petty and that committee for featuring our event,” Poppino said. “Other than the Signature Series Steer Roping, Claremore is the only rodeo that we go to all year that features it, so that’s pretty special. It’s going to have a great purse. When you mix that with a great arena and a great setup, it’s going to be outstanding.”

That’s just what everybody has come to expect with Claremore’s rodeo.