PBR to debut in Whitecourt 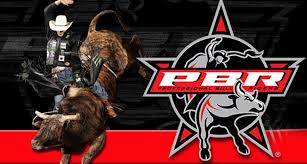 Byrne, other top bull riders to be part of Alpha Bull event in central Alberta community

WHITECOURT, Alberta – The danger and excitement of man vs. beast dates back to the days of gladiators.

Now, though, it’s a nearly orchestrated dance of 150-pound men doing their best to tame nearly a ton of bucking flesh that kicks, spins and stomps beneath them. That raw power allows for some phenomenal athleticism, as the Veteran Oilfield PBR Challenge kicks off Aug. 10 at the Scott Safety Centre in Whitecourt.

“This is going to be our first year in Whitecourt, and I’m excited to bring the PBR there,” said Chad Besplug, founder and CEO of Alpha Bull, which will produce the event. “We want the fans there to be just as excited as we are.”

The inaugural event will be a true showcase of the greatest animals and the top bull riders on the PBR Canada tour, and fans in this central Alberta community will have a chance to see it inside the quaint auditorium.

“I would love to be the first guy to win that,” said Tanner Byrne, 25, of Prince Albert, Saskatchewan. “This is my comeback year. I spent most of 2017 out with injuries, so I’ve had some ground to make up.”

He’s done a pretty well. He’s climbed to 21st in the PBR world standings and is one of the seeded cowboys on the Unleash the Beast series, the association’s premier tour.

“My goal is to come back, make the world finals and just get back to where I’m supposed to be,” he said. “It’s been going well this year. I feel good again and have been riding good again.”

He wants that to continue. While the premier tour is taking a few months off, Byrne plans to hit all the important stops in Canada. That’s why he’s excited about making sure he gets to Whitecourt.

“Having the PBR go to Whitecourt for the first time, I’m excited,” Byrne said. “I’ not only showing off myself as a rider but also our bulls with the Flying Four Bucking Bulls.”

Byrne is a co-owner of the livestock company with his father and father-in-law. That means he will be pulling double-duty when it comes time to buck bulls in Whitecourt.

“We’ve been raising bulls for over 10 years and have had some pretty good success with it,” he said. “It seems to be getting better every year. I’ve got 20 bulls that I wouldn’t be afraid to take to any PBR across Canada.”

Byrne said he’s excited to be part of the Alpha Bull event.

“I haven’t been able to get to a lot of those events due to scheduling conflicts, but I always see the highlights and hear the guys raving about the Alpha Bull events,” he said. “Anytime that anybody is trying to grow the sort of bull riding in Canada, I’m all for it.”