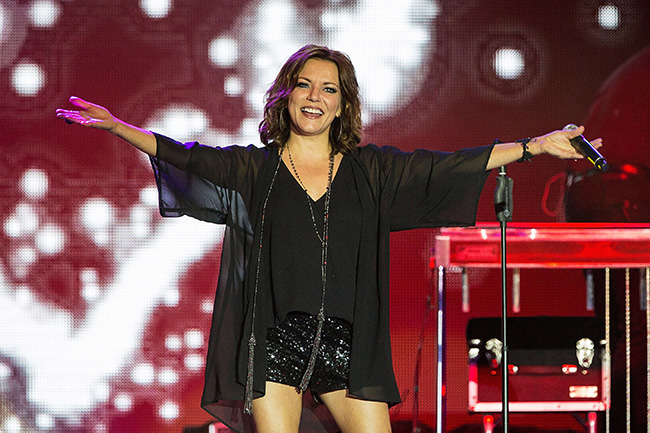 LOVINGTON, N.M. – This is the type of concert lineup fairgoers have come to expect at the Lea County Fair and Rodeo.

“I think this year’s artists are some of the best that we’ve had in quite a while,” said Kathy Welborn, vice chairwoman of the Lea County Fair Board. “We have TobyMac on Faith and Family Night (Wednesday, Aug. 8), and he’s absolutely amazing. What he brings to our fair and rodeo is awesome.

“The fact that it’s on Faith and Family Night, which is one of our biggest nights because we open our gates to everyone at no cost.”

But that’s just one night featuring a six-time Grammy-award winning artist. The other five nights are outstanding, including the final night of the fair, which features another award-winning artist, Martina McBride. Even when it’s not free, the Lea County Fair and Rodeo offers a great entertainment value: Adult tickets are just $10, with children 6-12 getting through the gates for just $5; children 5 and younger are free.

“We’ve just got some great shows set for our community,” Welborn said. “It’s actually more than our community, because we advertise all over the region. We have a big draw, and a reason is a concert lineup like this.”

The opening two groups are the perfect place for Hispanic Heritage Night and to kick off the fair in rodeo in New Mexico’s southeastern-most county. Wetzel is from Stephenville, Texas, and is best known for playing Texas rock ’n’ roll.

McBride has the longevity and award-winning legacy to go with her beautiful voice. The south-central Kansas woman. She has multiple nominations for Female Artist of the Year and has earned nearly 20 national honors for her music.

“I’m so impressed with our lineup this year,” Welborn said. “It’s been amazing to see our concert lineups over the years. The kids love to get out there and dance. For me, that’s what’s really fun: Seeing our kids having fun.”

The adults join them, especially with the top acts performing for six of the exposition’s 10 nights.