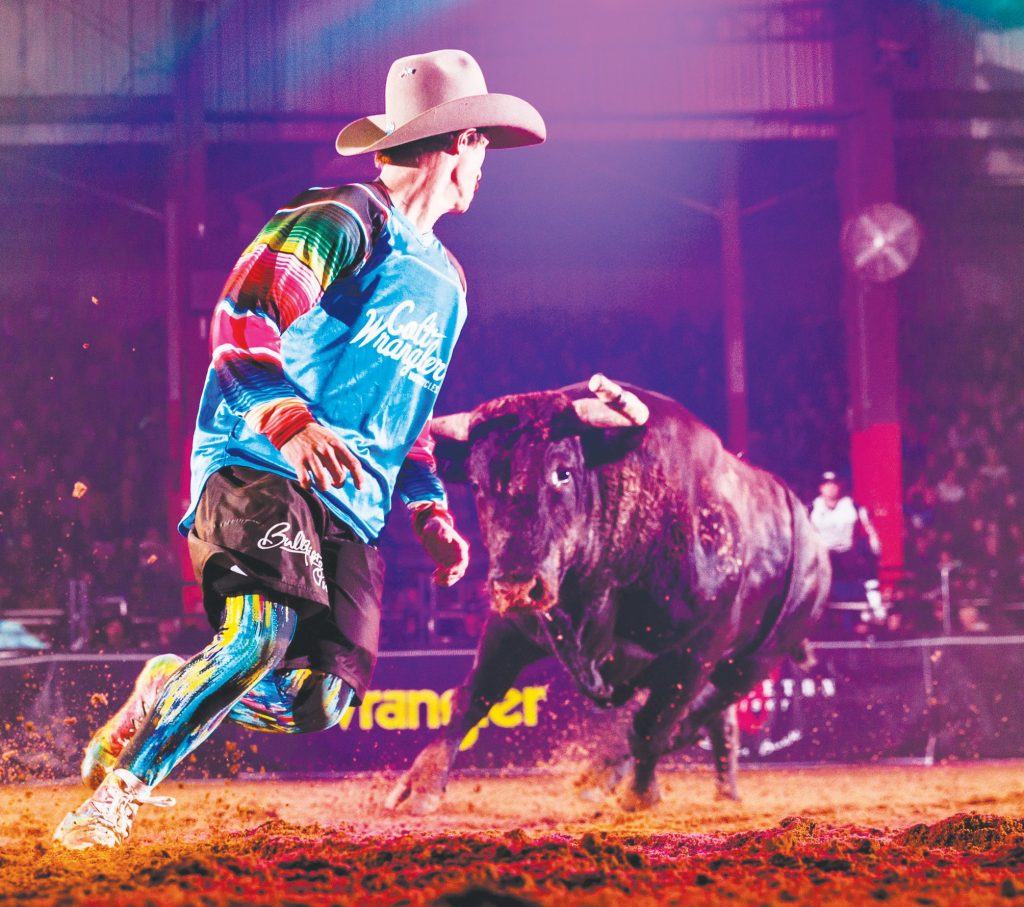 FORTUNA, Calif. – Colt Oder only thought he’d been to the northern reaches of his home-state before.

“I’ve been to San Francisco, but another four or five hours further and I wasn’t sure that I’d still be in California,” he said.

Raised in the southern California town of Moorpark, Oder found true north on Friday when he competed in the Bullfighters Only stand-alone event in Fortuna. Not only was it his first time competing among the Sequoia trees and rowdy fans that Fortuna is known for, he also walked away as the event champion.

“I had a pretty weak first round and didn’t think I was going to make it out, but the cards played in my favor and I made the short round,” said Oder, who won his opening round with a 79-point fight, then put together an 86-point bout with Costa Fighting Bulls’ Little Foot to claim the top prize and $6,000.

“Colt is one of the most persistent people I’ve ever met,” said Aaron Ferguson, BFO’s founder and CEO. “He’s been to five of our Development Camps in two years and is getting better with every bull that he fights. Pair that with his unbelievable toughness, and the kid is going to be a big factor in the sport.”

Oder was joined in the Hooey Championship Round by the other three of the BFO’s most promising rookies: Alex McWilliams of Paso Robles, Calif.; Tucker Lane of Oak Grove, Mo.; and Chance Moorman of Lytle, Texas.

“I fought Little Foot last year in Lewiston (Idaho), and I didn’t capitalize on it,” said Oder, who also scored his first BFO win in Crosby, Texas, earlier this year. “When I got back to the short round here and I had Little Foot, I knew I had a good opportunity to make up for it.

“I was pretty happy to have Little Foot in the short round. He’s a solid, honest bull that will come to you with a lot of head for the whole bullfight. Once you’re in a zone, you’ll stay hooked up with you. I knew I could do a solid flat-foot jump right out of the gate.”

The victory propels the California bullfighter ahead in the Pendleton Whisky World Standings with $16,400. The recent windfall should ensure Oder’s berth into the 2018 BFO Las Vegas Championship, held annually at Tropicana Hotel & Casino and featuring the biggest prize money in the game.

“This is a huge confidence-booster for me,” Oder said. “It was great to get the win in my home state. The money should bump me up a little bit in the standings, and I was needing it.”