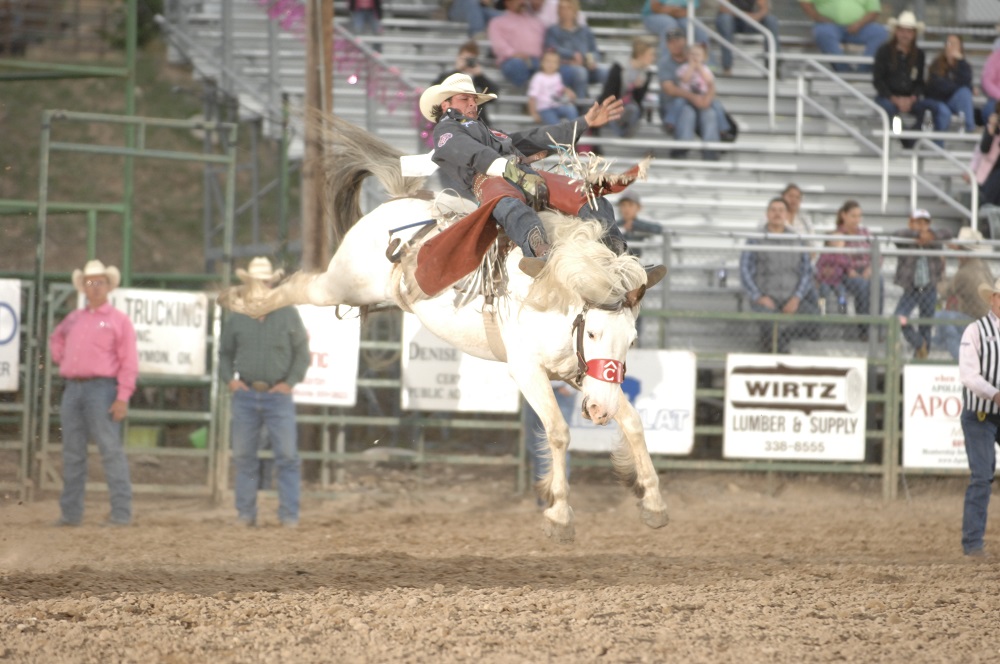 GUYMON, Okla. – There is a changing of the guard at the Guymon Pioneer Days Rodeo for the 2019 championship.

The volunteer committee has signed a contract with Freedom, Okla.-based Frontier Rodeo Co. to be the primary stock contractor and producer of the ProRodeo Hall of Fame event beginning with next year’s rodeo, set for May 3-5 at Henry C. Hitch Pioneer Arena in Guymon.

“Change for the better is good, and in this case, you’re changing from one great stock contractor to another one,” Ken Stonecipher said, referring to the switch from longtime contractor Pete Carr Pro Rodeo to Frontier. “We wanted to continue to keep things fresh, but we expect it to be the same great show that our fans have come to expect.”

“It’s an honor for us to get the Guymon contract,” said Heath Stewart, the rodeo manager who operates the outfit for owner Jerry Nelson of Winnie, Texas. “It’s the biggest rodeo in Oklahoma, and it’s right there in the Bronc Riding Capital of the World.”

Frontier Rodeo is also a two-time winner of the Remuda Award, given to the stock contractor that has the best, most consistent pen of horses.

“The criterion was based on not just the dollars but, more importantly, the value the stock contractors could provide,” Stonecipher said. “We asked each to give us their plan on how they’d put the rodeo on. Over the last 15 years, the rodeo has set a high standard for production, for not only how the rodeo runs for the fans but also the quality of livestock for the fans. Carr Pro Rodeo has done a fantastic job the last several years, but we think Frontier’s game plan and its proximity to Guymon gave us the best value.”

Stewart fully understands what is expected of him when he arrives in Texas County next spring.

“It takes a great set of crew and livestock to put that rodeo on,” he said. “It’s not an easy rodeo by any means, but in my eyes, it’s one of the best rodeos in Oklahoma. I’m going to bring great personnel, and I’m going to bring all of our good horses, the NFR horses and horses of the year, and great bulls.

“We want everybody that’s entered to have a chance to win a check. That’s hard to do, but that’s always our goal.”

And that’s what makes Frontier Rodeo and Pioneer Days Rodeo a good match.