Roughstock event offers fun for all 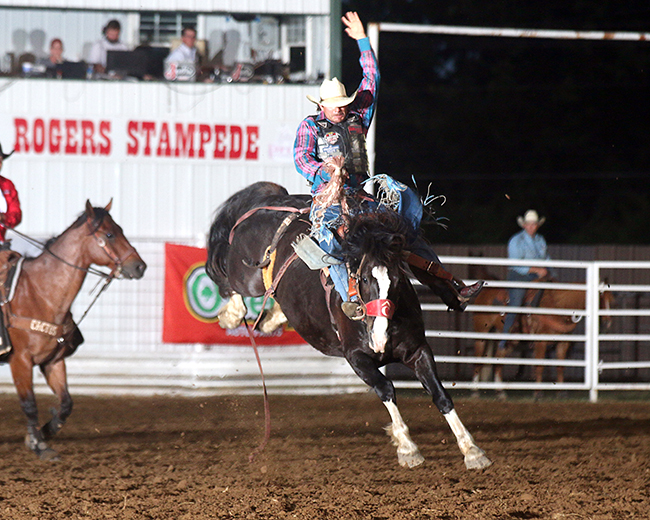 CLAREMORE, Okla. – After viewing it for the first time, organizer David Petty knew he wanted to make Claremore’s Extreme Roughstock a better experience for everyone.

“I wanted to make it a true roughstock event,” said Petty, noting that the proceeds will be used to benefit Child Advocates of Northeast Oklahoma. “I had a few guys call me wanting to include that to our show, so we decided to make it happen. We will add $5,000 in each of the events, which helps us attract the top contestants.”

That money will be mixed with the contestants’ entry fees to make up the total purse. But that’s not all that’s available. The event will also feature the Kubota Challenge Shootout, a head-to-head match with between two cowboys in each discipline.

“We’ll take the winner, then we’ll have a drawing of all the rest that are left, whether they placed second or bucked off right in out of the chute,” he said. “Whoever we draw will be part of the shootout, and it will be winner-take-all for the shootout’s $1,000 purse.”

That’s a unique feature to this world-class event. Dozens of the greatest stars in the game will put their names in the hat to battle for those dollars.

But Petty also upped the ante by adding celebrated rodeo clown Cody Sosebee and trick rider Haley Ganzel to the show to make for a better overall experience for the contestants, fans and sponsors.

“We do this for the community, and we want everyone to enjoy a night out in Claremore,” Petty said. “Cody has been nominated for PRCA Clown of the Year many times and was the barrelman at the National Finals Rodeo. He’s naturally funny.

“Haley is from Collinsville, and she does an amazing roman riding act that I think people from around here are going to love. She has been nominated for Act of the Year, which tells you that the cowboys love her act – they’re the ones who nominated her.”

In addition to the top cowboys and elite entertainers, Claremore’s Extreme Roughstock will have Andy Stewart calling the action. Stewart is recognized as one of the greatest announcers in the game. He has been nominated 10 times for Announcer of the Year.

“Andy adds so much to every event he works,” Petty said. “He understands our sport as well as anyone, and he knows about all the contestants. He helps make the overall production of our event even better.”

That’s just what fans in Claremore want to see.

“The word that came to us from the management staff at the expo and local residents is that it was one of the best events they’ve ever seen in the expo,” he said. “We want to keep making it better every year.”

They’re already planning to do that in Year 2.