Mindemann advances to the NFR 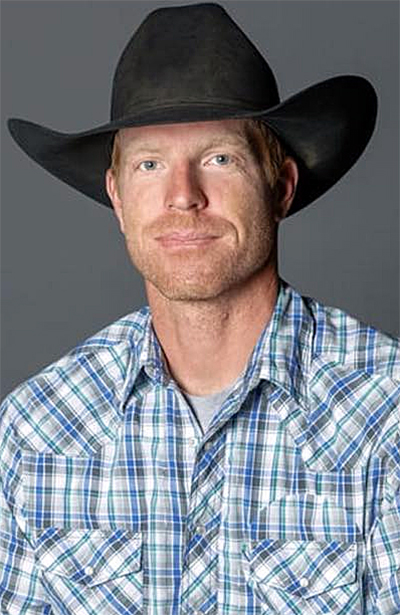 BLANCHARD, Okla. – From the time he was little, Blake Mindemann knew he was going to be a steer wrestler.

“I can remember watching my dad and his friends practicing,” said Mindemann, 33, of Blanchard. “There would be guys out there throwing steers down. I roped all the way through college, but I knew I was going to bulldog. My dad did it, my uncle did it and my brother did it. That’s all I wanted to do.”

After a lifetime of competing, Mindemann has qualified for the National Finals Rodeo for the first time in his 14-year ProRodeo career. He is 11th in the Professional Rodeo Cowboys Association world standings, having earned $78,092 through the regular season.

It is, by far, his greatest season, but his mindset toward the game changed in the 2017 season while traveling the rodeo trail with NFR veterans Stockton Graves and J.D. Struxness.

“I learned a lot from Stockton last year,” Mindemann said. “I was always worried about money and being broke, so I didn’t go as hard as I have the last two years. Stockton said that you can’t worry about stuff like that; you just go out and get it done, and it will pay off.

“That’s what I’ve done since then, and it seems to be working.”

He finished last year with more than $31,000 and 40th in the world standings. That helped propel him to this magnificent run through the 2018 campaign. The significant change from last year to this was traveling with two-time world champion Hunter Cure.

“He is the same way,” said Mindemann, who grew up in Apache, Okla. “We’ve got a job to do, so just do your job, take care of business and the rest will take care of itself. He said to just work hard, don’t ever complain or give up. You just need to keep grinding.”

That mindset has formed the Blanchard cowboy into a formidable foe when he arrives at the NFR, set for Dec. 6-15 in Las Vegas. Only the top 15 contestants on the money list in each event earn the right to compete for the biggest pay in the game through those 10 December nights.

The key, though, has been Mindemann’s consistent performance over the regular season. Of course, it didn’t hurt that he had some solid stretches throughout the season that made a big difference.

Yes, it was. But that is a drop in the bucket compared to what the NFR offers. It features a $10 million purse, and go-round winners will pocket more than $26,000 each of the 10 nights. A year ago, Tyler Pearson earned more than $155,000 in Las Vegas and walked away with the world championship.

While he’s an NFR rookie, Mindemann will have an advantage over the others. Not only will a world champion like Cure be in his corner, but the Oklahoman is leaning on experienced hazer Matt Reeves to help keep his steer heading in the right direction inside the Thomas & Mack Center. Reeves has not only hazed hundreds of runs in Vegas, he also is a six-time steer wrestling qualifier.

“Matt’s got two really good hazing horses, and they’re as good as you’re going to get in the PRCA,” Mindemann said. “He’s hazed for a lot of others out there. To me, it’s a no-brainer to get him. Knowing he’s over there just allows me to focus on my job every night and try to be 3 seconds every run.”

He’ll also have Django, a 16-year-old gray horse that he plans to ride in Vegas. That’s been his main mount for about a year and a half.

“He belongs to Johnny Asher out of Tennessee,” Mindemann said of the gelding. “He sent that horse to me three years ago to start, and the horse got pretty good. Johnny’s been really good to me and lets me keep that horse like he’s mine.”

But there’s a lot more support behind the talented cowboy. Besides his sponsors – Best Ever Pads, Todds Hotshot & Oilfield Service, Panhandle and Rock and Roll Denim, 5D Hats and Leather, MDsave and Coil Chem – he also leans on his wife, Cynthia, and their three sons: Tyler, 16, Tucker, 9, and Brodie, 5.

“They mean everything to me,” he said. “They are easily No. 1. I met my wife at the Cody (Wyo.) Night Rodeo when I was up there working one summer. We’ve been together ever since.

“They love it, too. They’re just as part of it as I am. If she didn’t do what she does for me, I couldn’t think of making the finals. She holds the fort down.”

That’s important, because rodeo cowboys are on the road for weeks – even months – at a time. This year marked the most he has ever been gone from the family for a stretch of time.

“I was home for maybe four days over four months,” Mindemann said. “It was pretty tough to stay away from the family for that long, but we grinded it out. Everybody in the family knows what’s at stake, so that helps us, too.”

Of course, winning seems to make the time go faster, and Mindemann did his fair share of that.

“I was gone for four months, and there were just two weeks in that time that I didn’t win anything,” he said. “I was consistently picking up some money and placing along the way. Being able to win something is always good, because it helps keep your mind right.”

In rodeo, cowboys must have all the physical attributes necessary to compete at a high level. Mindemann has them, something he carried through youth rodeo, high school rodeo and on to Vernon (Texas) College, where he competed on a rodeo scholarship. Now he’s understanding just how important the mental game comes when competing at a world-class level.

“There are people that think they can make it or they can’t, but I know that you can always make it as long as you dedicate your time and your work ethic,” he said. “There were times I didn’t think I could be where I am, but if you keep grinding, you can always reach your goals.”

That’s the perfect frame of mind as he sets his sites on the biggest prize in the game, the world champion’s Montana Silversmiths gold buckle.