Brunner excited for the 2018 NFR 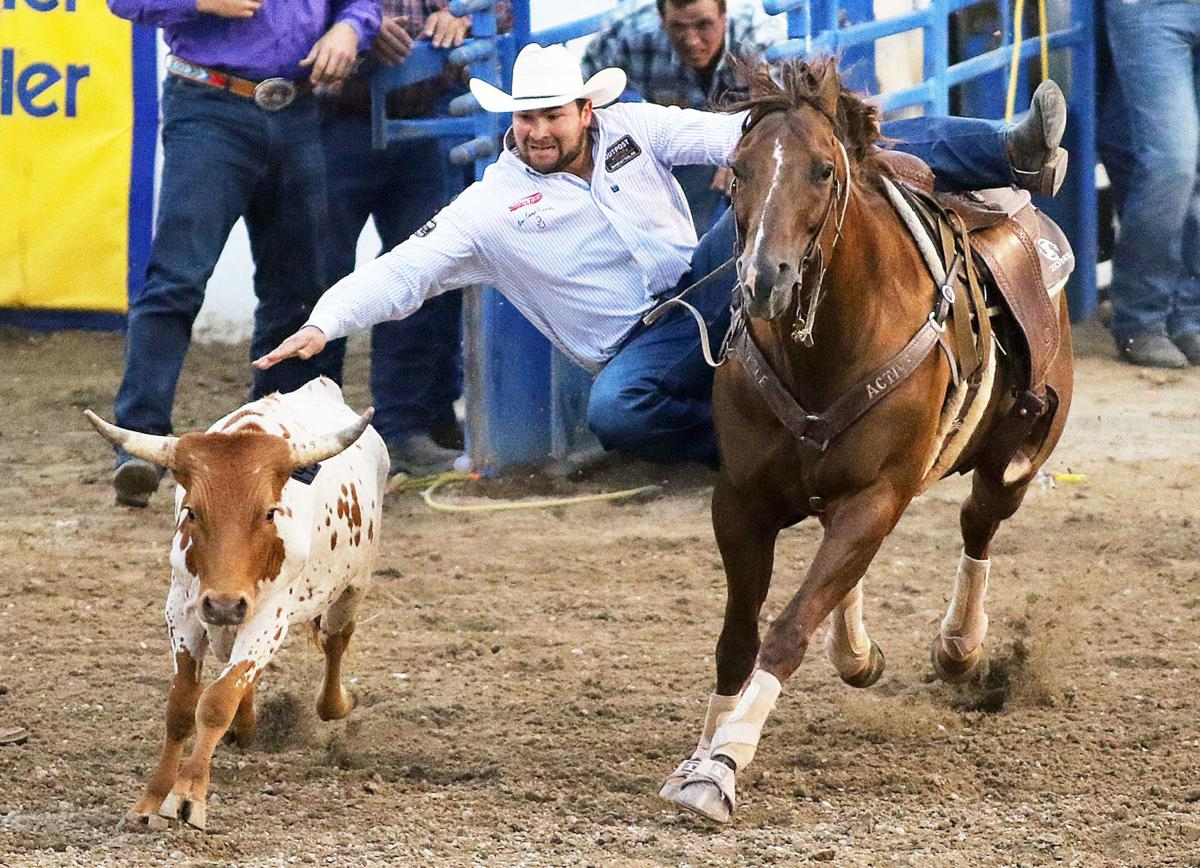 RAMONA, Kan. – As a youngster, Tanner Brunner wanted to be a saddle bronc rider, testing his skills atop wild bucking horses.

It wasn’t the right fit for the athletic cowboy who grew up near Ramona, a community of 179 people tucked inside the Kansas Flint Hills.

He’s followed in the family footsteps left before him. Both parents, Tracy and Yvonne, competed, as did his older sister, Cat. It was a natural part of his life growing up, and now he’s playing on the biggest stages of the sport.

After having a magnificent 2018 regular season, Brunner earned $84,527 and sits sixth in the world standings; he has qualified for the first time to the National Finals Rodeo, the sport’s grand championship set for Dec. 6-15 in Las Vegas. It’s home to the best in the business from this season, and all 119 competitors will be battling for world championships in their respective events.

“You grow up watching on TV and watching those guys that are your idols,” he said of the NFR. “You move up through the ranks and get to know them a little more, then you learn from them. To make it with them is pretty exciting.

It’s also the best season of the young cowboy’s career. His previous best was two seasons ago, when he finished 28th in the world standings with $37,753.

“I think part of it was that I was riding better horses and trying to stay positive all year round, change a few things here and there with my bulldogging, and they really helped out,” said Brunner, who credits sponsors Coats Saddlery, Cow Camp Ranch, SportsZone, Animal Health International and the Outpost Western Store in Manhattan, Kan., to helping him find success this season.

“A lot of it is consistency and getting the same runs from the horses every time. That made it a lot easier on my part.”

Horsepower is always key in rodeo. Steer wrestlers not only need a good horse to get them to the steers as quickly as possible, but they need a well-mounted hazer riding along the other side of the steer to keep the animal in a straight line. Brunner primarily rode a couple horses owned by fellow bulldogger Sean Mulligan.

In fact, Brunner will utilize Mulligan as his hazer during the 10 rounds of the NFR; in addition to his four qualifications, Mulligan has hazed countless times inside the Thomas & Mack Center.

“Those horses really fit my style,” Brunner said. “When you’re bulldogging, you’ve got to think less and react more. They make it pretty easy.

“About every year, Sean’s out there hazing for someone. There’s a lot of trust with Sean. I feel 110 percent comfortable with him on the other side, what’s underneath me and what’s underneath him. I think we’ll have one of the best teams there.”

That comes in handy at the NFR, the world’s richest rodeo with a purse of $10 million paid out over 10 December nights. Go-round winners will earn more than $26,000 every night. Even though Brunner is sixth, he trails the world standings leader, Canadian Curtis Cassidy, by less than $22,000 – he can make up that ground in just go-round in Sin City.

But he’s a bulldogger, which regularly is one of the toughest races at the NFR. But it’s been that way all season. Only $31,303 separates the Nos 1-15 as they head to the Nevada desert to battle for the most cherished prize in the game, the Montana Silversmiths gold buckle.

“There are a lot of great guys, and a lot of guys that deserve to be there that didn’t make it,” Brunner said, noting that only the top 15 contestants on the money list at the conclusion of the regular season advance to the NFR. “Just getting to run 10 steers and compete every night against 14 other guys that have worked their tails off to be there is a thrill to me.

“We’re all great friends, but it’s the level of competition that some people crave to step up their game and do the best they can.”

His success isn’t just from a year of hard work. It’s a lifestyle he’s understood through a lifetime of working cattle on the family’s ranch in rural Kansas. Part of it, too, is the support and training he has received in the game from a family that has competed in it even before he was born.

“My dad started off riding bulls, then moved over to steer wrestling. He set the foundation for my bulldogging, got me to practice and taught me to keep at it and have a good work ethic.”

He also got some assistance from Chancey Larson, a veteran bulldogger from Manhattan. Larson’s teachings helped Brunner perfect his game and become more consistent. He also learned how to win.

“I’ve always had decent horses, and my parents really helped a bunch by hauling me all over the place to rodeo and helping me in whatever way they could,” Brunner said. “It’s hard to be on the road so much and away from my family, but they tell me not to worry about things at home, and they’ll take care of things. I couldn’t ask for a better family.”

He has taken every lesson to heart, and that’s another reason for his success. He plans to compete for several years to come; when that time is over, he hopes to return to the family’s ranch and help run the operation. His degree in animal science and industry will allow Brunner the opportunity to be a good businessman when that time comes.

Tanner Brunner looks to be right on track.