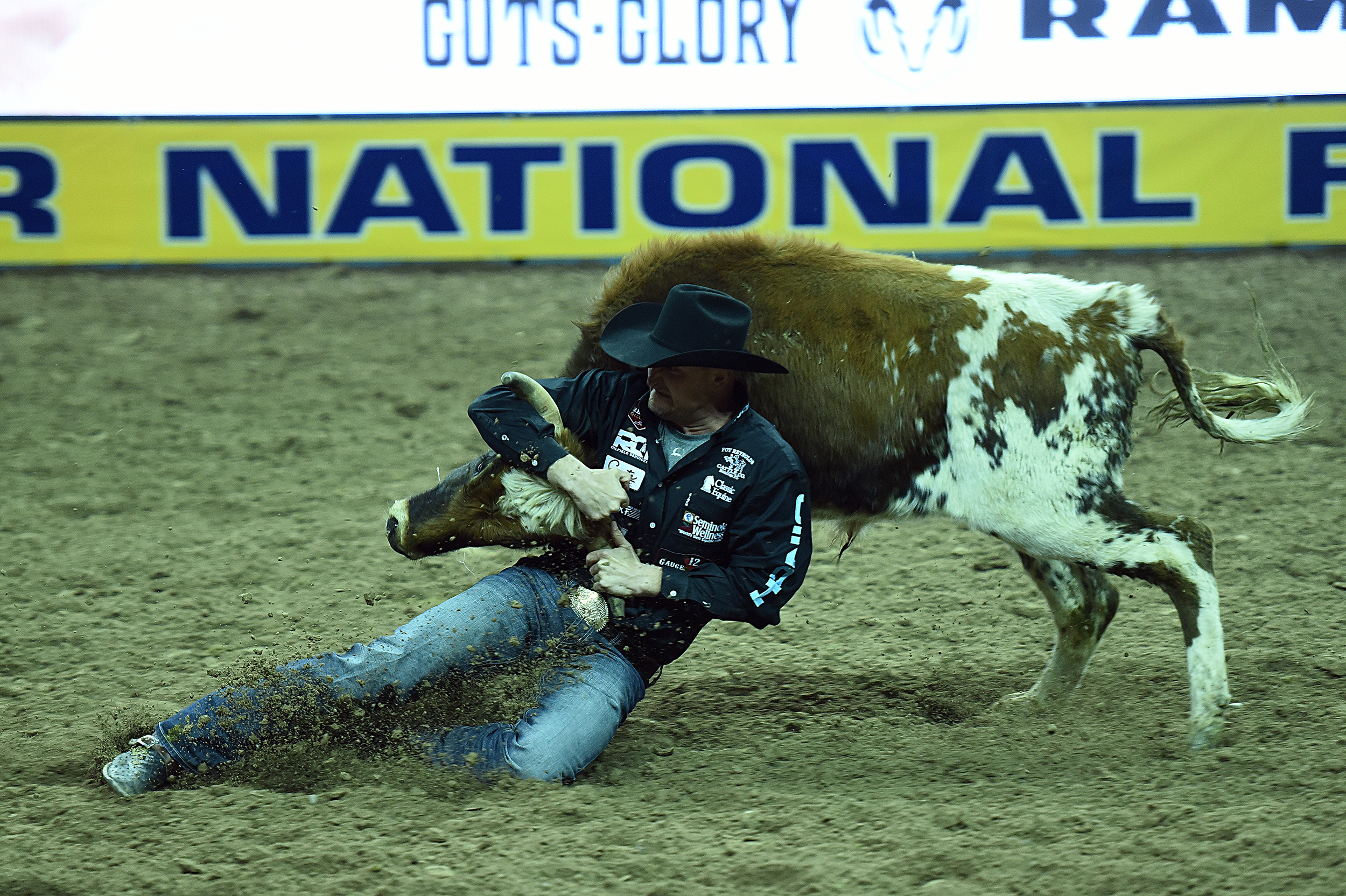 LAS VEGAS – The National Finals Rodeo arena set up inside the Thomas & Mack Center is roughly the size of a hockey rink, so things get fast in a hurry in Sin City.

Nobody understands that any more than Kyle Irwin, a four-time NFR qualifier from Robertsdale, Ala. He’s seen the good, the bad and the ugly that comes with ProRodeo’s grand championship; that’s why starting the 10-day finale on a good note was important.

“The first-round jitters are always there, but I feel like I was a little more prepared for it,” said Irwin, who wrestled his steer to the ground in 4.0 seconds Thursday night to finish in a tie for third place in the opening round. “I like that set of steers; we’ve got to run them three more times.

“There were some things that went wrong for some guys, but that’s rodeo. It went good for me, so I was glad for that.”

With his run, he added $13,327 to his annual earnings and moved up five spots to ninth in the all-important world standings.

“I like the momentum that it can create,” he said.

A big key is the horsepower. Irwin is co-owner of Scooter, the two-time reigning Steer Wrestling Horse of the Year. The powerful sorrel gelding was an important factor to getting off to a hot start. In addition, he and his partner in the horse business, defending world champion Tyler Pearson, earn a percentage of money other cowboys earn while riding Scooter.

On Thursday, Tyler Waguespack won the round, and Ty Erickson placed sixth. Both credit their success to Scooter.

“My wife, Randa, is pretty good about keeping books on that, and she said Scooter won $43,000 tonight,” Irwin said. “The horse made money, and we made money, so it was a good night.

“That horse means a lot, and he takes the pressure off you. Confidence is everything here. He’s the deal-breaker for us.”

The deal at the NFR is to continue making good runs and finishing among the top six in each go-round so the money keeps flowing. A year ago, he pocketed more than $115,000 in 10 December nights.

He still has a way to go to equal that total, but Irwin has his mind on his business and has the right tools to make it happen.