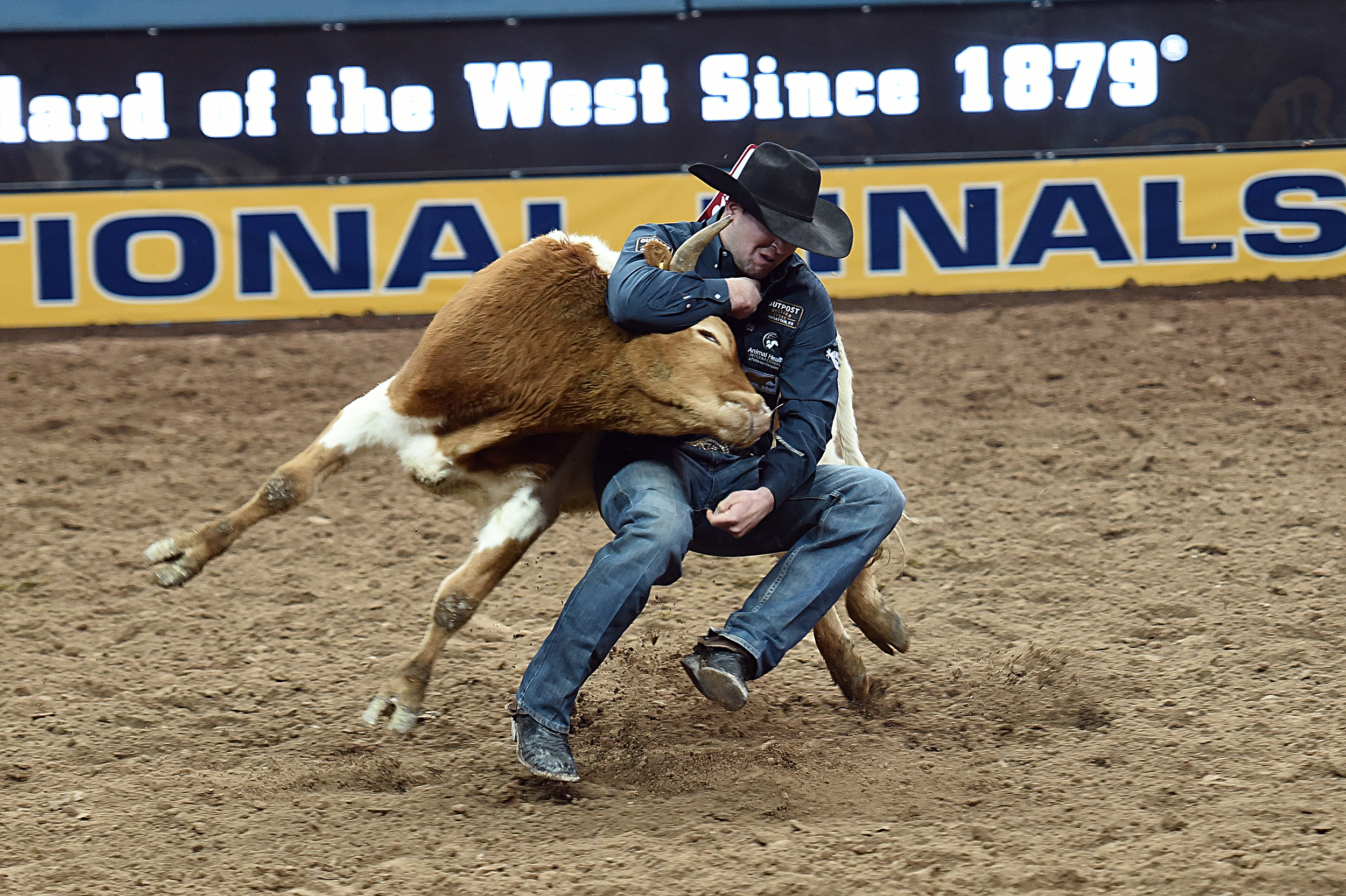 LAS VEGAS – There is a much different atmosphere to this desert community come early December.

It’s not the chill in the air, though it has arrived. Las Vegas becomes a cowboy town for 10 days, whether it’s the dealers wearing boots and hats or the Western-related shops that fill convention centers across town. The National Finals Rodeo brings a different taste to Sin City.

Tanner Brunner is taking it all in. Finally, on Saturday night, he cashed in for the first time at the National Finals Rodeo by stopping the clock in 4.6 seconds to finish in a three-way tie for fifth place in the third go-round.

“This has been great,” said Brunner, 25, of Ramona, Kan. “I’m just trying to enjoy everything and taking it one day at a time, one steer at a time and just having fun the whole time.

“It’s always good to get some money going, but there are seven head left. It’s a marathon and not a sprint.”

By finishing among the best on the third night of this year’s championship, Brunner pocketed $3,667 and pushed his season earnings to $98,193. More importantly, he’s got some momentum heading into the final seven nights of the rodeo season.

He’s got a little help in the form of Miss Kitty, a talented mare owned by fellow bulldogger Sean Mulligan, who also serves as Brunner’s hazer – he helps keep the steer lined out straight to give Brunner the best opportunity possible.

“She’s just outstanding,” Brunner said. “She is so sharp and is really good in this building. We were maybe a tick too aggressive the first two (rounds), but she worked great tonight, and the hazing horse has been outstanding as well.”

That means a great deal in rodeo. The animals are always half of the equation. Brunner can’t make his move to wrestle the steer to the ground without having the horse to get him there.

While there is great pomp and circumstance that comes with the NFR, there is also a different feel inside the arena. It’s pressure-packed and quick, and the 10 December nights can evaporate quickly.

Every night, the NFR’s grand entry introduces every state from which a qualifier lives, so Brunner rides behind the Kansas flag. Born and bred in the Flint Hills and a Kansas State University graduate, he smiles with pride every night as he celebrates before a crowd of about 17,000 people.

“It’s a sense of pride that I can represent my home state,” Brunner said. “This is how we make a living, and this is where it all happens. It’s an unbelievable feeling being out here, being able to do this at the pinnacle of your event.

“I look forward to hopefully coming back again.”