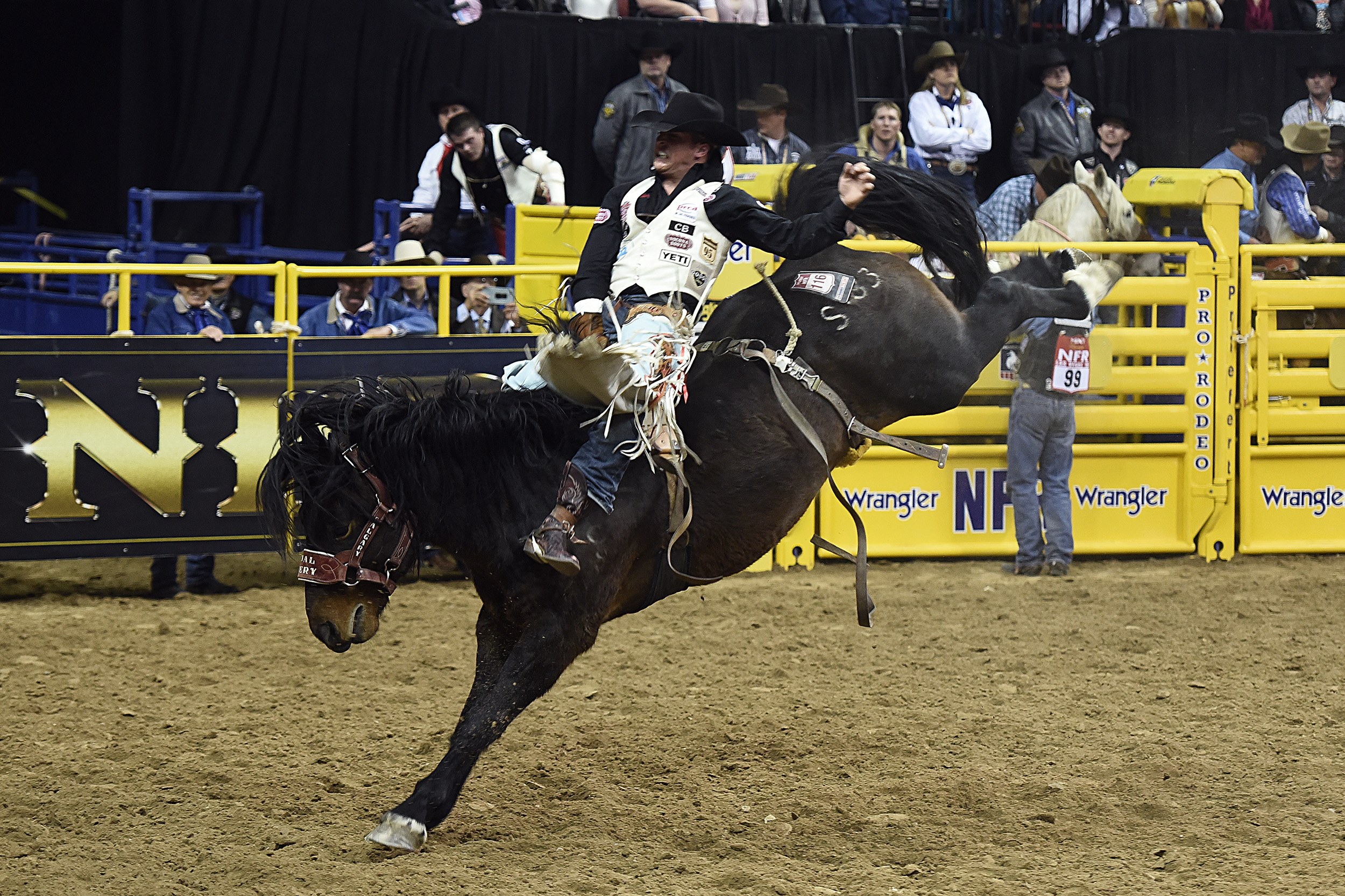 LAS VEGAS – Most guys might have a bad attitude if Lady Luck hadn’t found them yet in Sin City.

Richmond Champion isn’t most guys. He opened Thursday’s first round by getting on a horse that didn’t have its day, so he was awarded a re-ride. His second horse wasn’t much better, so he failed to place. During the second round, he finished just out of the average.

“I’ve been on more horses than anybody, but it’s been anticlimactic,” said Champion, 25, of The Woodlands, Texas. “This is Vegas, so you never know what you’re going to get. You come here and do your job, and you can’t really force it.”

“I found out last night that I had Special Delivery,” he said. “That is one off the bucket list for me. I’ve never had that horse, but I’ve been in the same pen with him a million times, so I was excited. Everyone talks about how big he is. You literally sit down on him, and it’s like a table between your legs. He is such a beast, but that’s what you crave.”

The two matched moves in the Thomas & Mack Center dirt for 83.5 points, and Champion finished fifth in the go-round. His first NFR paycheck of 2018 was worth $6,769.

“He didn’t have quite the day I was hoping for, but we broke the ice,” Champion said. “To do that on E-pen night is a good thing.”

Every dollar counts in ProRodeo. Not only does it help cover bills and such, but each dollar is a championship point; the contestants in each event who earn the most money at the end of the season will be crowned world champions.

Champion understands the ins and outs of ProRodeo’s marquee event. Now in his fourth NFR appearance, he’s seen the good and the bad that comes with playing for the biggest pay in the game.

“I always look at the finals as kind of a building experience,” he said. “This is where I strive to have that thought in mind. Every day is just a stepping stone. Don’t get overwhelmed, and don’t freak out if things go bad.

Yes, there is. He has seven more nights to cash in, but he finds great comfort in the fact that he found the pay window in the pen of bucking horses that are best known for being the hardest to ride.

“That is where the glory is,” Champion said. “It is in these nights where you get on the baddest of the bad on the biggest stage of rodeo. It always feels good whether you are on the pay sheet or got a score. No one comes in the locker room thinking, ‘I’m going to beat you.’ Everyone is thinking about beating that animal.

“We feed off each other. If you can knock that one down, then I can knock this one down. That’s what it’s all about.”