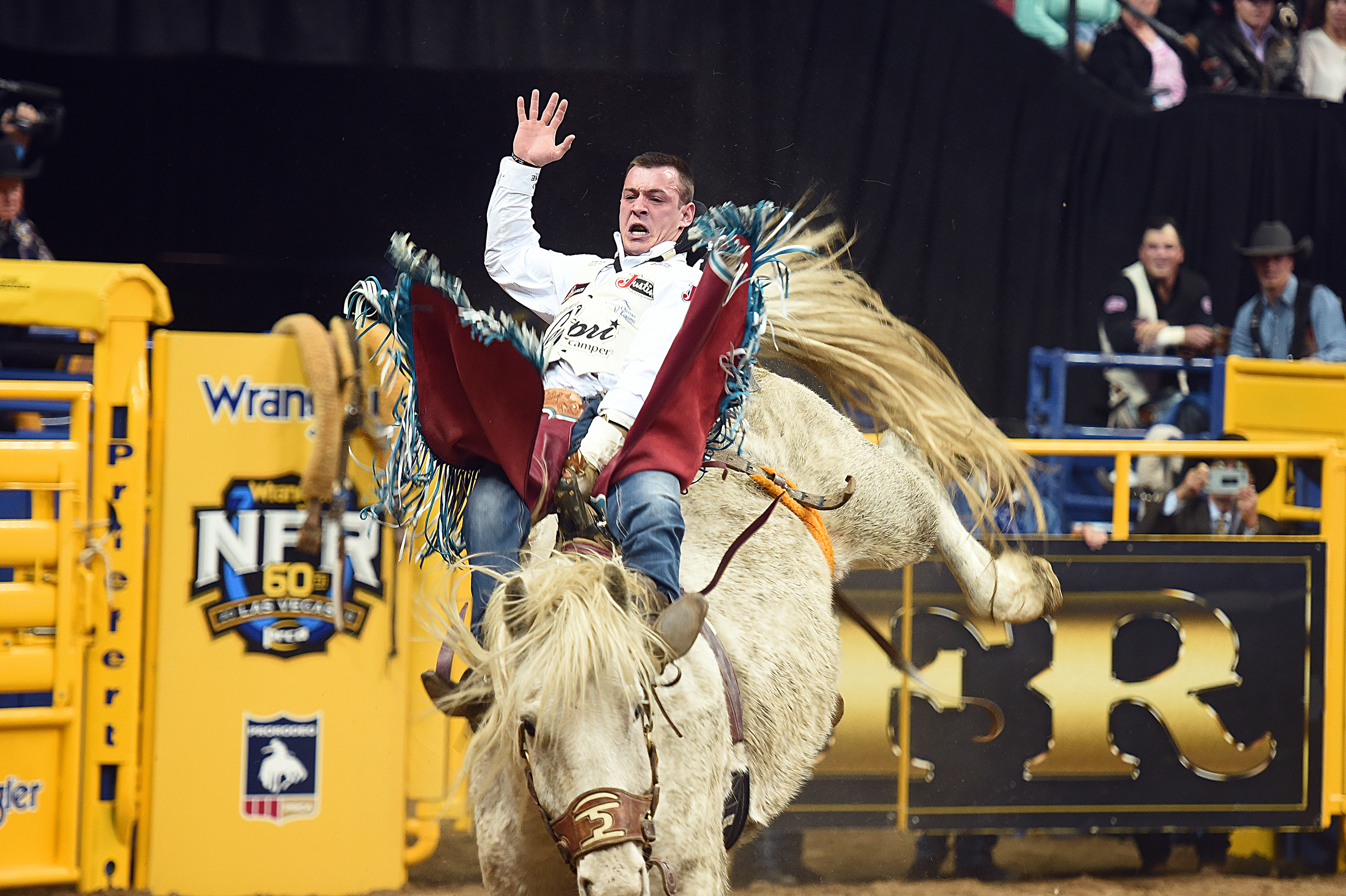 LAS VEGAS – After two blah rounds to open the 2018 National Finals Rodeo, Tim O’Connell made a mental note that his run for a third-straight world championship would start during Saturday’s third go-round.

It was a good choice. O’Connell rode one of the rankest horses in ProRodeo, Powder River Rodeo’s Craig at Midnight, for 88.5 points to win the round and earn his first paycheck of this year’s NFR. Of course, it’s the biggest one can get, $26,231 and pushed his season earnings to $223,481. He now owns a lead of $35,553 over the No. 2 man, Utahan Caleb Bennett.

“I’m just really glad that the NFR started, and it only has eight rounds this year,” O’Connell said with a laugh. “I told my wife last night that I really love these rounds. In my training, we work on these rounds, we live in these rounds.”

“He is going to hit you,” said O’Connell, the two-time and reigning world champion from Zwingle, Iowa. “He is going to come at you. He is going to change it up on you. If he feels you getting tapped off, he is going to change the ballgame on you, and he did. He hit me so hard on the back of the head on the fifth jump that I think my neck roll came over the top of my head. He’s just going to do whatever it takes to get you on the ground. You have to be willing to fight.”

“There are 14 other guys that have no backup in them,” he said. “Every night, you’ve got 14 of the other best guys who have put in the work, have put in the training, and they’re breathing down your neck. The first two nights, I felt like this thing was starting to get away from me.

“I decided to call my coach, and we made a rigging change. We just told each other that the NFR was eight rounds this year.”

And he rode possibly the biggest horse at this year’s NFR to help get the NFR monkey off his back. A year ago, O’Connell rodeo Craig at Midnight for 85 points while also battling the flu.

“I love that animal,” O’Connell said. “He is so big and so strong. He is going to test you. He solidifies all the work you put in is worth it.