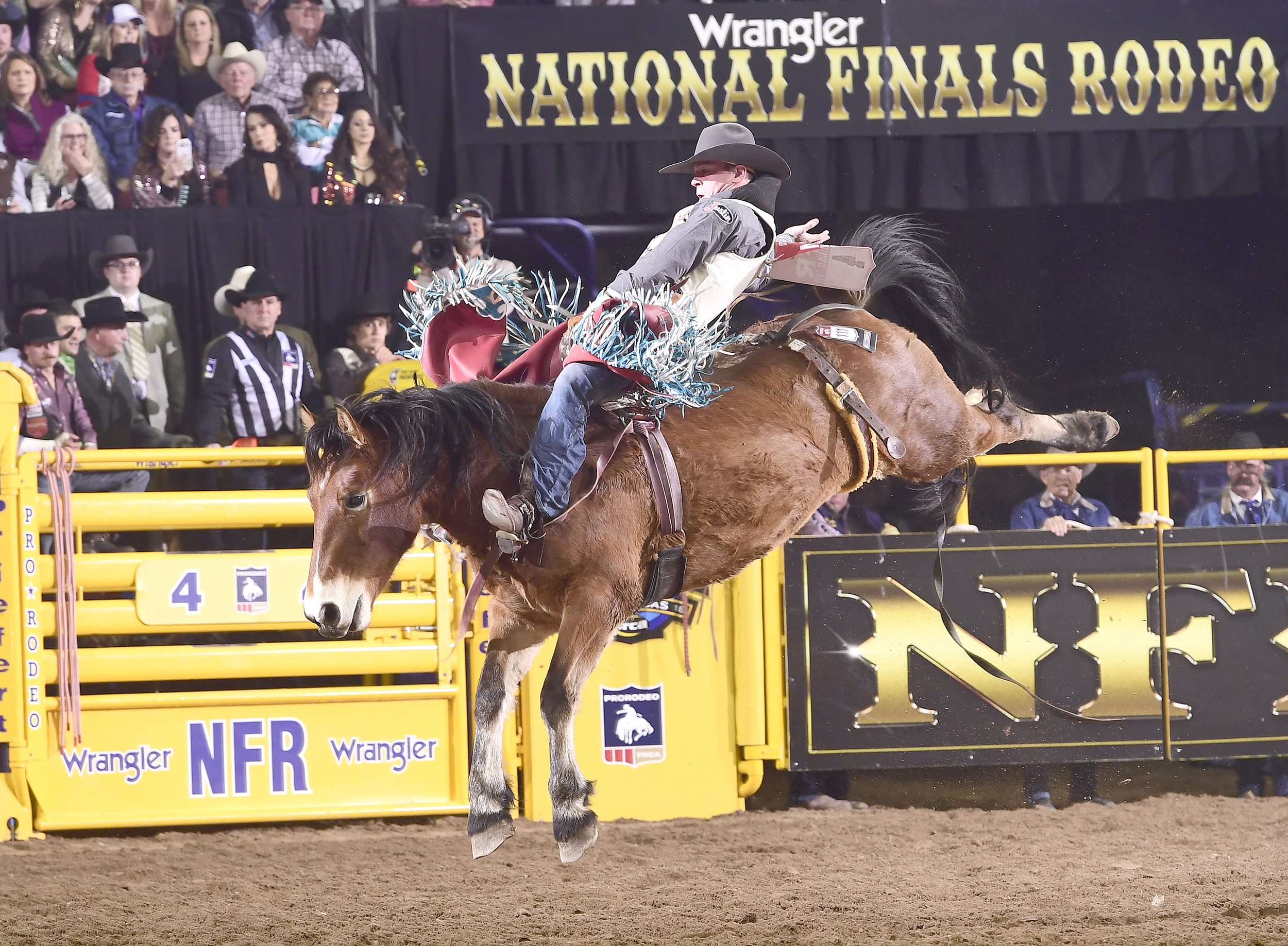 “I feel good about it. It’s just part of the game,” he said.

O’Connell matched moves with Burch Rodeo’s Pip Squeak for 84.5 points on Sunday night to finish in a three-way tie for fifth place in the fourth round. He pocketed $3,667, which is important. The No. 2 man in the standings, Caleb Bennett, won the round and made a move on O’Connell for the No. 1 spot in the world standings.

Still, the Iowan kept a distance between him and the runner-up. Prior to this year’s championship, O’Connell held a $15,000 lead. Through four nights of ProRodeo’s grand championship, he still owns a $13,000 advantage. Both men have earned more than $200,000 for the year, with O’Connell’s pushed to $227,147.

“I’ve had a great NFR so far,” he said, noting that he has earned just shy of $40,000 so far. “I’m just used to placing more often than two out of four nights. I felt good about my draw tonight, and I knew I had an outside shot at (winning) the round. I took advantage of what I had and caught a hole in the payout.

“I’m just trying to hunt down those guys in the average now. I put myself in a hole the first two nights by not placing. I’m the chaser in the average, and they’re the chasers trying to catch me for the world title. Let’s get it on; we have six more nights to go.”

That mentality is what’s kept him as the top man for much of the past three seasons – he has earned more than $900,000 in that time alone.

He’ll have a chance to add to it during Monday night’s fifth round, which has been referred to as the TV pen of bucking animals because of the electric style in which they buck. The fifth- and 10th-round pen of horses allows for the cowboys to produce high scores.

“You’re going to see some fireworks,” O’Connell said. “That is an amazing list of horses. It’s going to be a tough round tomorrow. I can guarantee it’s going to be just like last year when it takes an 87 just to place in the top six.

“Those are great horses, and the guys are riding really good. It’s going to be really fun to watch.”

So is Tim O’Connell.