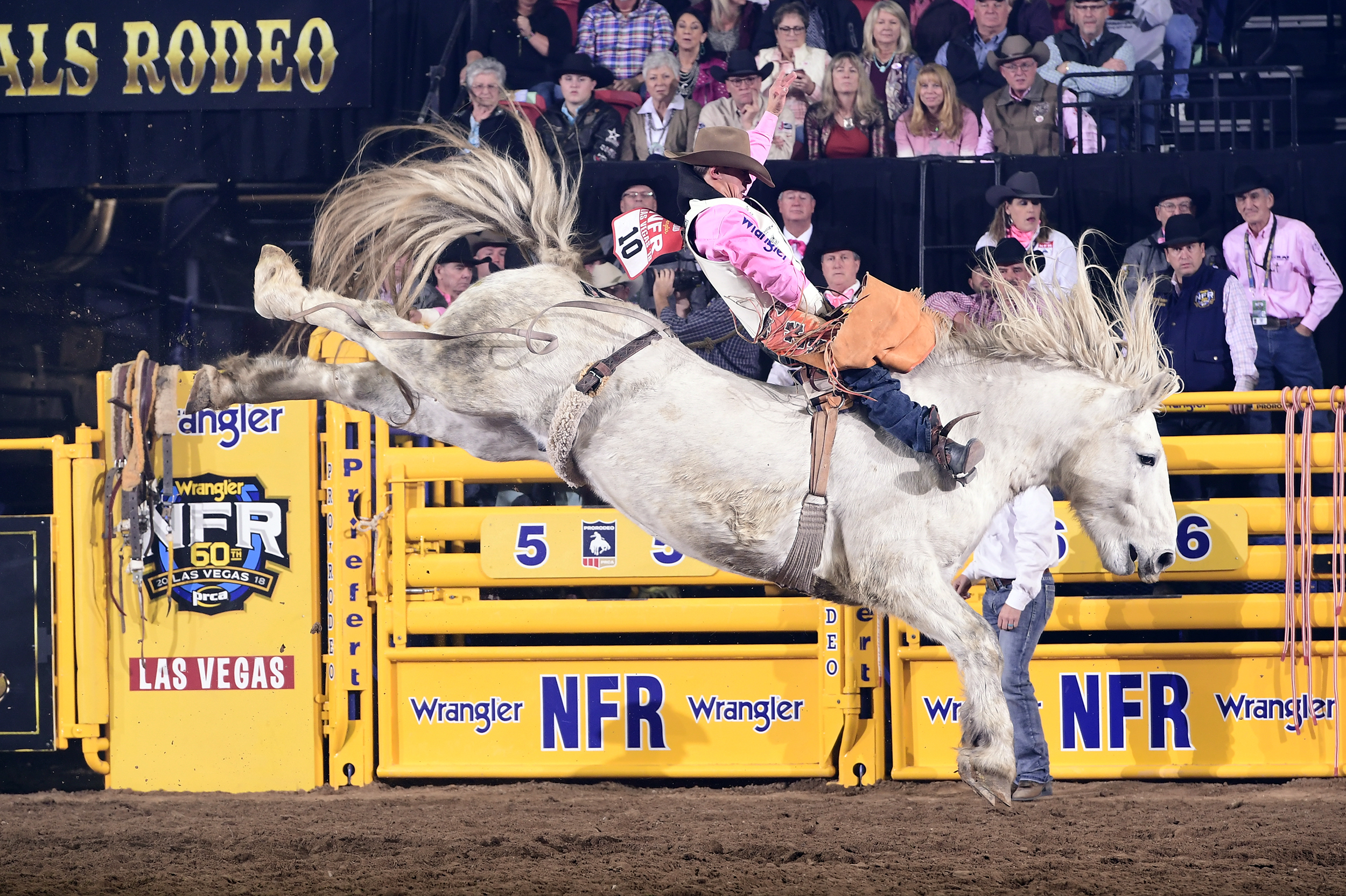 Clayton Biglow of Clements matched every bucking motion C5 Rodeo’s Virgil threw at him, countering with solid spur strokes for eight seconds during Monday’s fifth round of the National Finals Rodeo. The result was 93 points, a point and a half better than the old marking set five times by four cowboys.

“That horse was trying his butt off every time his feet hit the ground,” Clements said of the powerful gray. “I knew I had a shot at the round, and the arena record was dang sure in the back of my mind. I knew if he had his trip and I had my good trip, anything is possible on him.”

“It was a dream come true,” he said. “Honestly, it was like a blur, but then again, I remember feeling it the entire time. I just remember him dropping out of the sky and thinking, ‘You better put ’em back in his neck before you hit the ground, because you’re going to be in the dirt, Cowboy.’

“I was pure pumped up. I knew Virgil was out in this round and I thought, ‘I hope to God I get him.’ ”

His prayer was answered, but it was also a premonition made by his girlfriend, who had told him before the NFR that he was going to have the opportunity to ride him in Las Vegas.

“In the back of my mind, I was hoping it would come true,” Biglow said. “I saw the draw, and I was standing up above the grandstands with them. I just turned the phone, and my dad and her were standing there. They both just started whooping and hollering. It was just a cool feeling.”

So was spurring the massive mount. Clements has proven himself to be one of the best at it in the game today, having earned three straight qualifications to the NFR. Over his first five nights in Sin City, he has earned $57,385 and has pushed his 2018 income to $192,551.

Monday was a bit of redemption for Biglow, who failed to earn a qualified on another rank horse, Beutler & Son’s Killer Bee, during Saturday’s third performance.

“I told myself that it’s time to win some money and win as much as I possibly can. Then in the fourth round, (a 77-point ride) really bugged me, so when I saw I had Virgil tonight, I thought, ‘I’m turning this around right now.’ ”

He did and in record-setting fashion.