Clements snags another round check 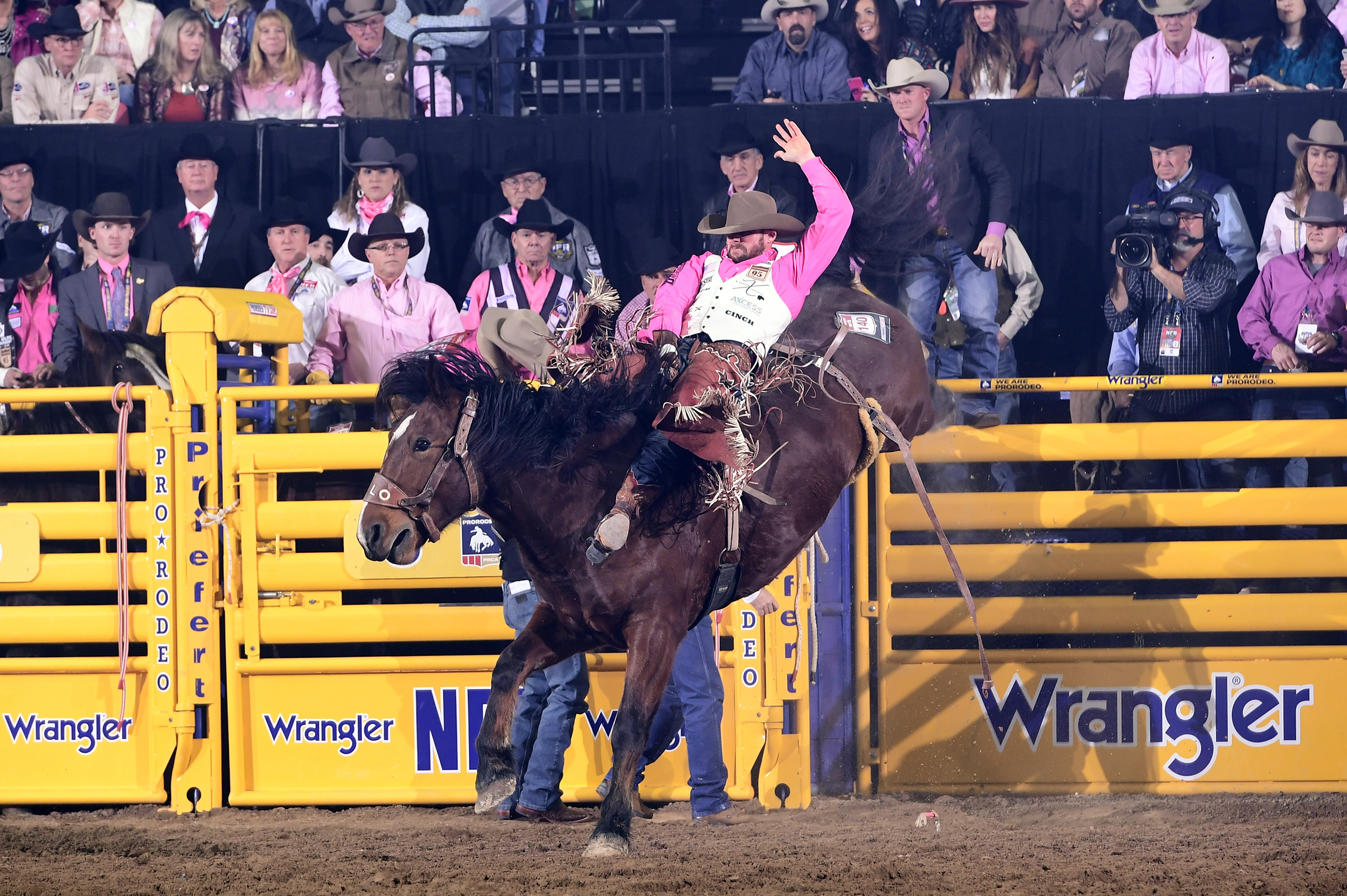 LAS VEGAS – Mason Clements knew Monday’s fifth round of the National Finals Rodeo was going to be electric.

He spurred High Lo ProRodeo’s Wilson Sanchez for 87.5 points to finish fifth in the round, earning his fourth paycheck in five nights of ProRodeo’s grand finale. With his ride, he pocketed $6,769 and pushed his NFR earnings to more than $50,000

“That was amazing, Virgil matched up with Clayton Biglow,” said Clements, 25, of Springville, Utah. “That was a pretty cool experience to witness, little Biglow and big ol’ Virgil. It was a hell of a matchup.”

So was Clements and Wilson Sanchez. It marked the second time this season the two athletes had been matched together; the last time was in early April when the Utah cowboy spurred the powerful bay horse for 86 points to share the title at the National Circuit Finals Rodeo in Kissimmee, Fla., where he pocketed more than $25,000 over that week of work.

“She had a little bit different trip this time, but she still felt the same under the riggin’,” he said. “She’s just honest, not going to play any tricks on you. She gives you all the time in the world to get your feet back up to the front and let you show your stuff.”

“Hi Lo has done a great job of bringing that horse around and showing her where she needs to be shown,” he said.

Clements took a nasty spill on Saturday night, getting his hand stuck in his riggin’ after the buck off and being hung up for several seconds before arena personnel helped him get released. His right hand remains tender, which could make for a difficult time since that’s the hand he wedges into the riggin’ each night.

“It was a lot more sore (Monday) than the first day, more than I expected,” he said. “But it’s rodeo; you put some dirt on it and keep rolling.”