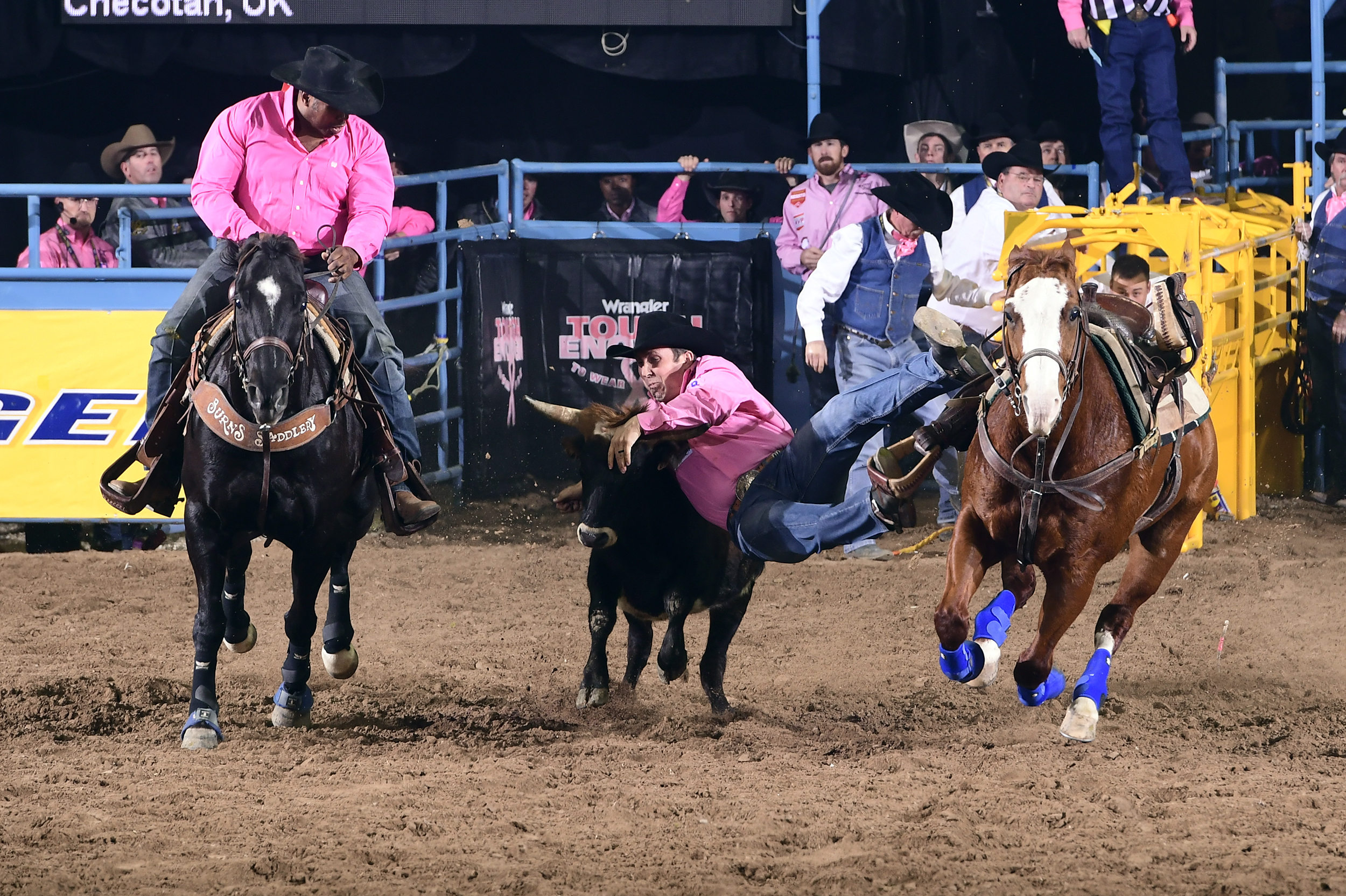 LAS VEGAS – There was a definite sigh of relief coming out of Riley Duvall’s mouth on Monday night.

The third-generation steer wrestler from Checotah, Okla., earned his first payday of this year’s National Finals Rodeo, throwing down his steer in 3.9 seconds to finish in a tie for fourth place in the fifth round. That was worth $8,885.

“It was huge,” said Duvall, 26, who follows in the footsteps of his great uncle, father, uncle and cousin to earn the right to compete on the biggest stage in professional rodeo. “You want to do that in the first round, but you definitely don’t want to go past the halfway point without breaking the ice.”

He did, but just barely. Tuesday’s sixth round kicks off the second half of ProRodeo’s grand finale. That means he has five more nights to take advantage of every opportunity available.

“I was pumped anyway to be here, but to actually have some money in my pocket feels a lot better,” he said. “I’ve kept the same attitude. Things happen. You just have to keep going at it.

“I had a good steer. I thought I could be 3 (seconds) on him, so I just tried to get a good start. The steer stumbled a little bit, but it worked out. Splitting fourth and fifth is better than nothing.”

The NFR features a $10 million purse, with go-round winners earning $26,231 each night. That has Duvall licking his chops. Things will have to go his way, because only the top 15 bulldoggers in the world standings advance to Las Vegas. It’s a tough road, but he’s been down it before.

“When there’s that much money up, you can’t worry about the night before,” Duvall said. “That’s a year-changing amount of money you can win in one night. You have to think about that and move forward.

“That’s something I learned from the last time I made it to the finals. You can’t worry about what’s in the past. You have to keep thinking ahead.”

He has pushed his annual earnings to $96,528, but he wants to make more. The goal was to have at least $100,000 won in the first five rounds, but that didn’t happen. Now he’s got a new game plan for the second half of the championship.

“I’ll try to take a crazy start, and hopefully I’ll have steers that want to play with me,” Duvall said. “I want to win the round every night. If I can do that, I’ll win plenty of money.”