Jarrett stays on his rodeo roll 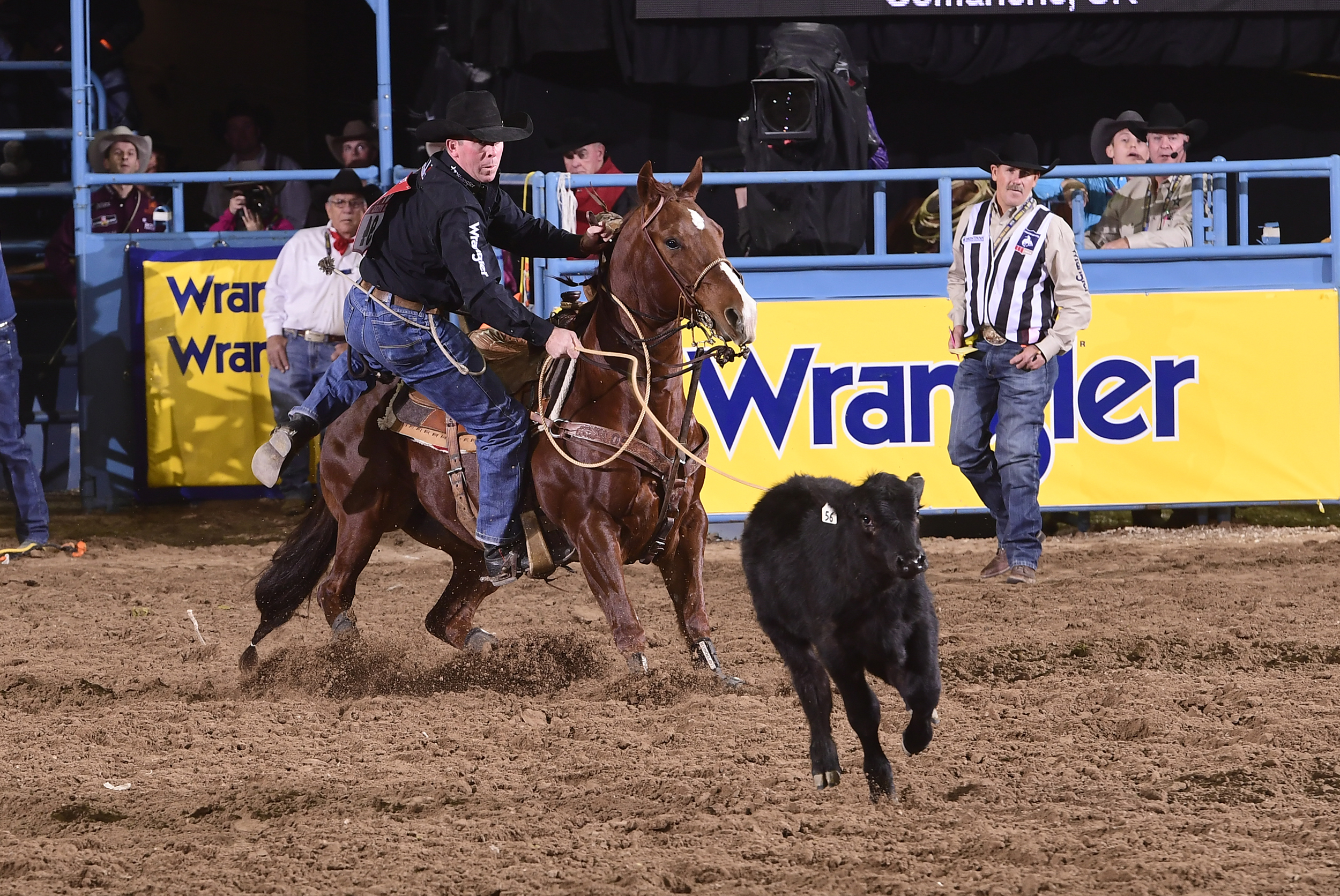 LAS VEGAS – Just before halftime of the National Finals Rodeo, tie-down roper Ryan Jarrett gained momentum he needed to finish out the drive toward the end of the season.

After finishing in a three-way tie for first place in Round 5, he has caught fire, placing in Rounds 6 and 7. On Wednesday night, he roped and tied his calf in 7.8 seconds to finish fourth on the seventh night of ProRodeo’s grand finale, earning $11,000.

“Hopefully I can run it back down the field,” Jarrett said, continuing the football analogy. “I’m getting on the better end of the cattle. I know what the calves are going to do from the previous runs. I’m a little more in the groove and looking to finish strong.

“Hopefully I can keep drawing well and keep making good runs to place.”

Like a good coach, Jarrett conducted some film study. The calf on which he competed Wednesday had been run twice before, and the Comanche, Okla., cowboy knew what to expect. In addition, he’s having the kinds of runs he expects. He is a 12-time NFR qualifier, having played the richest contest in the game 11 times in tie-down roping.

“I wish the first three rounds would have went this well,” he said, referring to three straight no-times to kick off this year’s NFR. “It didn’t, so I just have to bear down and do what we do: One calf at a time, and hopefully we keep cashing checks.”

That’s an important part of the process in Las Vegas. Go-round winners pocket $26,231 each night, so there are a lot of dollars on the table yet to be won. He’s got a pretty good routine to set himself up for a solid final few nights of the 2018 season.

“The last couple of nights, I haven’t felt real good,” Jarrett said. “Now my wife’s not feeling the best. We are just trying to stay rested up and get a little sunshine during the day. The weather has been really nice, and it feels pretty good to soak up some rays.”

If it allows him to soak in some Vegas cash, that makes things even better.