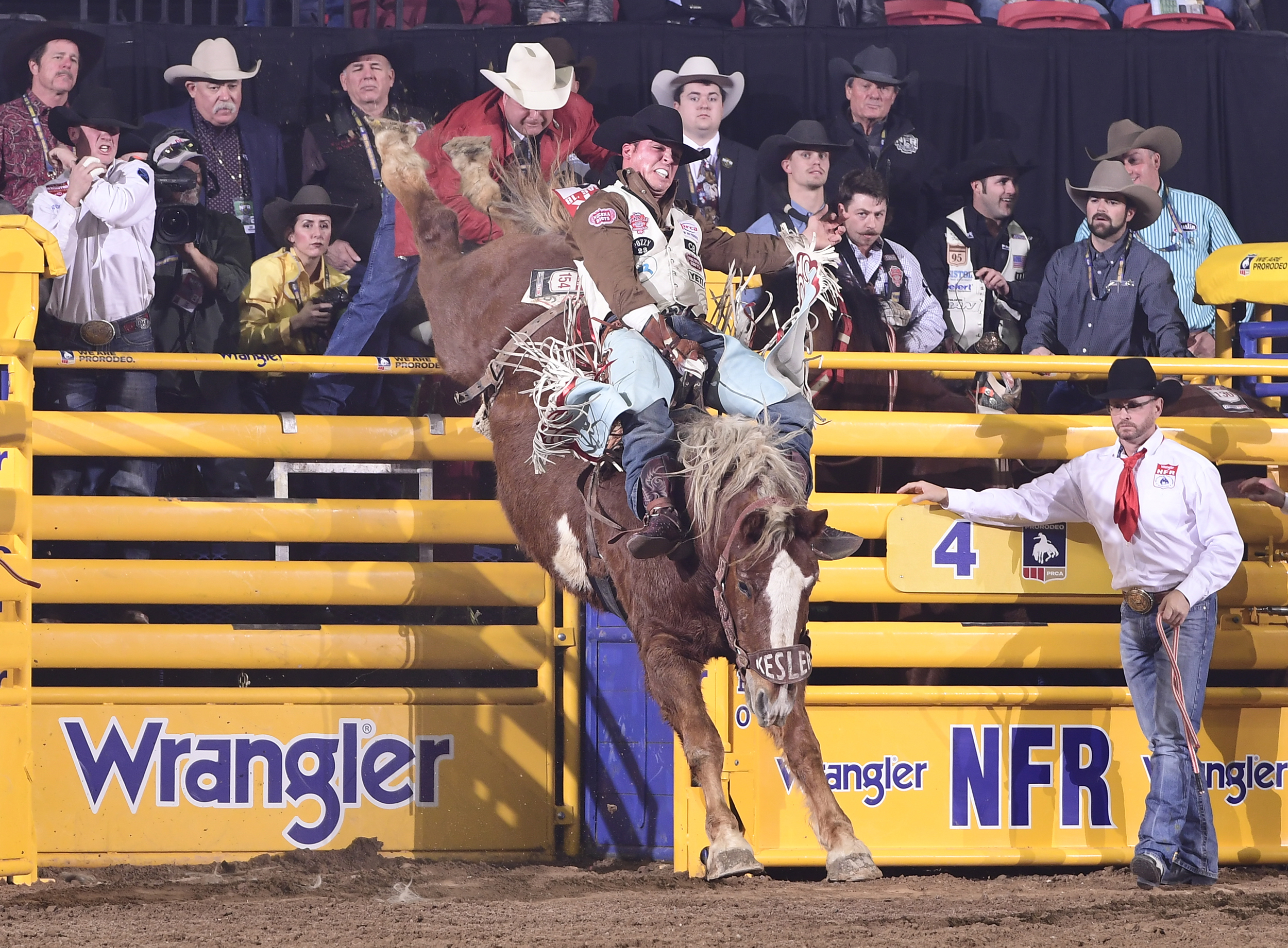 He got a bit of redemption Thursday night, handling the big sorrel for 86 points to finish fourth in the eighth round of the National Finals Rodeo.

“That horse is underrated,” said Champion, 25, of The Woodlands, Texas. “Guys don’t know him. He spends a lot of time in Canada. Jake Vold, who I was traveling with this summer, and him; three jumps in, Jake was two hands down.

“The horse has changed a lot since I had him. He has really found his spot. Duane Kesler came up to me tonight and asked, ‘You got your game plan?’ I said, ‘Squeeze that handle as hard as I can. I’m going to weather the storm.’ ”

“I’m not going to say he’s an eliminator, because he’s not that strong, but he’s going to throw some stuff at you,” he said. “He doesn’t feel like a normal bucking horse. He probably feels more like a bull.

“I knew he bucks. I didn’t want to waste the opportunity because it’s here. I told myself, ‘Go make the rid you can make on that horse.’ There’s nothing to think about because there’s no telling what he was going to do. It was straight to the basics for me.”

“I think I have been on the whole Kesler herd, minus two,” Champion said with a smile. “I have a great relationship with the Keslers. That’s always fun. I want their horses to do good, and I spend a lot of time with them. To make a good ride on one of their best ones is awesome.”

Thursday’s performance at the NFR was also Canadian Night, a nod to the great rodeo champions that come from the neighbor to the north. All the karma seemed to be working in Champion’s favor. In May, he will marry Paige Lawrence, a Canadian who has family ties to rodeo and is a skating champion that competed at the in Sochi, Russia.

And because he competes north of the border much of the summer, he and Lawrence are considering a move to Montana after their nuptials.

“It would be a little closer to her family and a little more along the way for rodeoing,” said Champion, who pocketed $11,000 Thursday to push his NFR earnings to just shy of $65,000. “I can leave for two weeks and come home for a few days instead of leaving for three months. It’s a little more of a central location for us.

“Canada is special to me. To be a little closer is fine with me.”