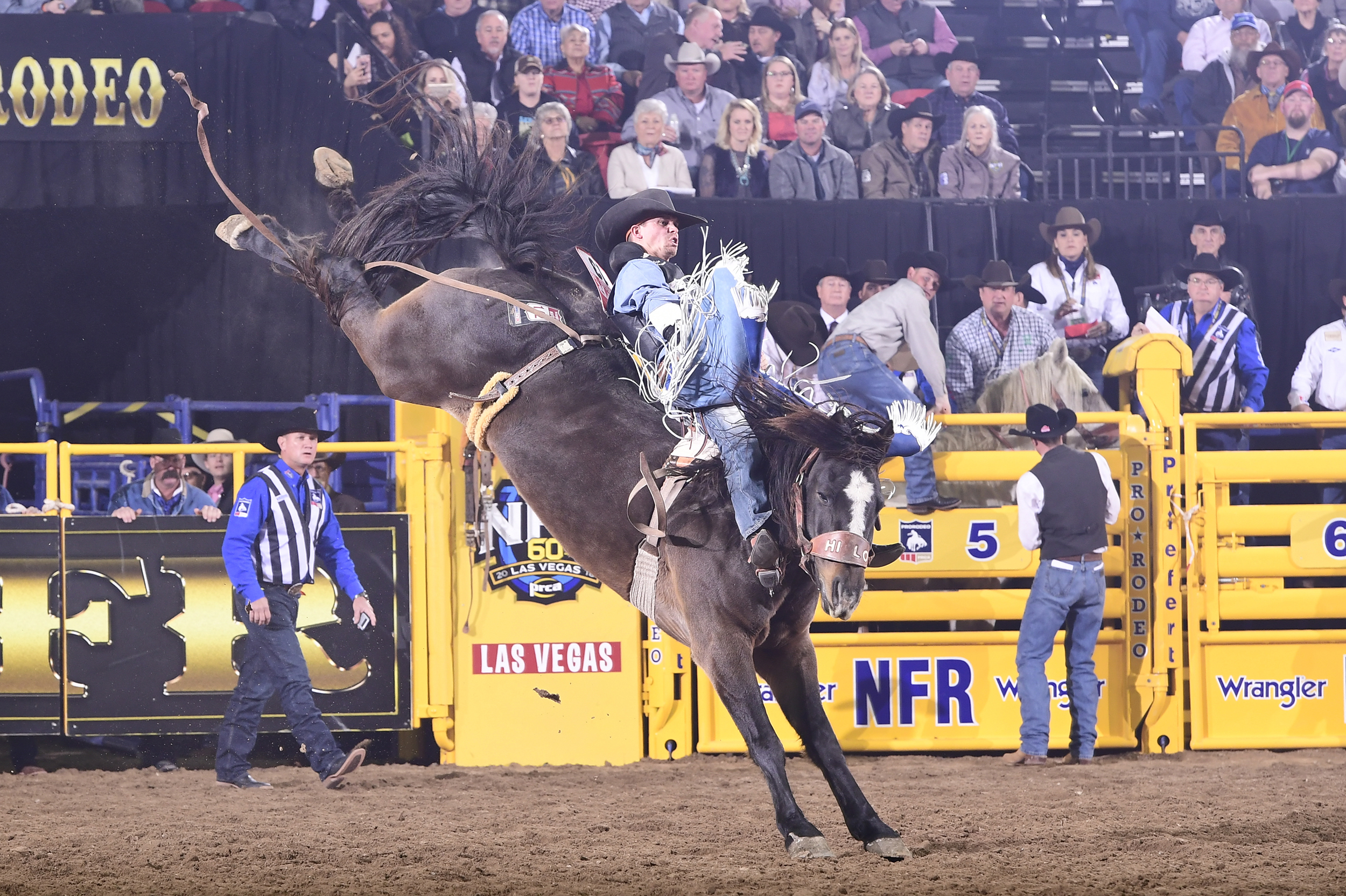 Orin Larsen is from Inglis, Manitoba, who graduated from the College of Southern Idaho and Panhandle State. He also rides bucking horses.

On Thursday night, Hash-raised, Hi Lo ProRodeo-owned Pretty Woman and Larsen matched moves inside the Thomas & Mack Center for 87 points to finish third in the eighth round of the National Finals Rodeo. It earned Larsen an additional $15,654.

“Caleb Bennett had that horse earlier in the week and didn’t get along with it,” said Larsen, who now lives in Gering, Neb. “It’s just your typical eliminator horse. She dang sure gave me the test. I’m happy to come out on top.

“It didn’t feel that great,” he said. “There were a lot of things going on. I know I was swinging and hitting something; I just didn’t now what I was hitting. That’s how the eliminator pen is supposed to be. It’s the kind of pen where the boys become men.”

“I’m pretty fortunate to come here and make the money,” Larsen said. “I’m able to do that and enjoy it.”