Biglow riding high into 10th round 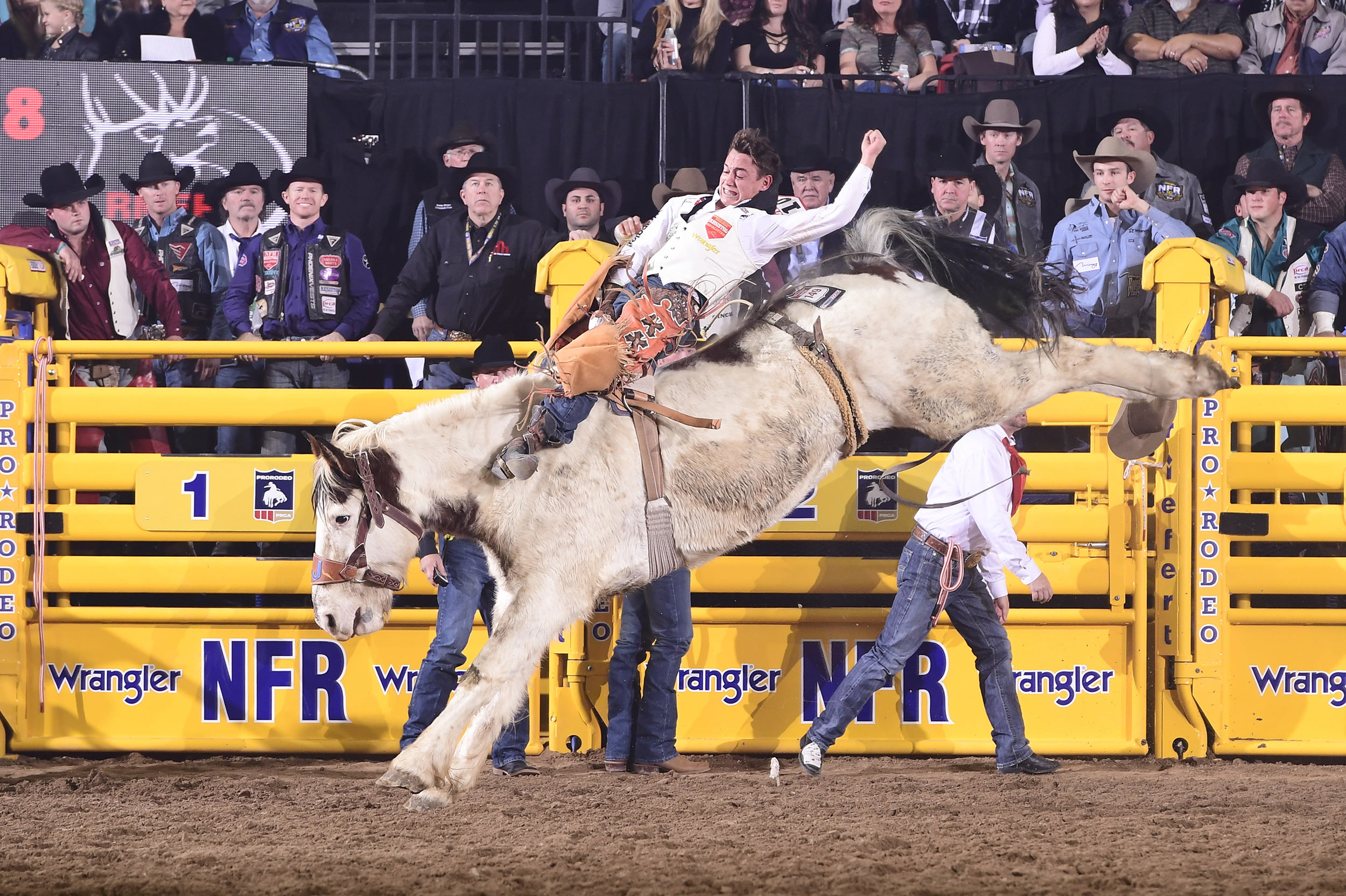 Biglow, 23, of Clements, Calif., has placed in six go-rounds so far. His most recent came Friday night, when he rode J Bar J Rodeo’s Painted Bunny for 86.5 points to finish in a tie for fourth place in the ninth round.

“I honestly wish we had 10 more horses,” said Biglow, who has earned $80,654 through nine nights of ProRodeo’s grand championship, with a chance to add more during Saturday’s final performance of the 2018 season; he is fourth in the world standings with $215,820. “I feel great. I’m not even sore. You get back into riding shape like you are during the summer.

“Your body gets used to getting on, and thank God I haven’t had any injuries while I’m here. I’m feeling 100 percent for (Saturday).”

Las Vegas is a different type of rodeo animal. Cowboys who make it to the biggest pay for play in the game have to battle the top horses in the world for 10 December nights. They stay in one place and get into a routine of what happens throughout the day. It’s much different than those three months they are on the road, crisscrossing the country in order to make a living on the backs of bucking horses.

“You’re not driving all night, and you are eating good,” he said. “The lights of Vegas are good, too. I don’t mind seeing the lights of Las Vegas every day, especially when we’re here. It’s a new site every day, and it is awesome.”

So is the opportunity to make good money and showcase skills in front of 17,000 fans every night and millions who watch on national television. Round-winners pocket $26,231 each night. Even finishing in a tie for fourth, like Biglow did Friday, was worth $8,885.

He didn’t know much about Painted Bunny, an athletic paint horse that is relatively new to the rodeo world.

“I’ve just seen that horse on video,” said Biglow, competing at the NFR for the third time in his young career. “My traveling partner, Kash Wilson, got on him at San Antonio, and he was pretty good. It’s just 6 years old, so he’s a pretty young horse, but he’s still pretty dang good.”

He has another night and another opportunity to add to his Vegas collection. Besides the chance to earn some 10th-round money, he is ninth in the average with a cumulative total of 683.5 points on eight of nine rides – he bucked off in the third round. He is just one point from eighth place, which would receive a bonus of $6,346.

That might be the perfect ending to a very strong 2018 NFR.