O’Connell wins round; returns to No. 1

Home - Uncategorized - O’Connell wins round; returns to No. 1 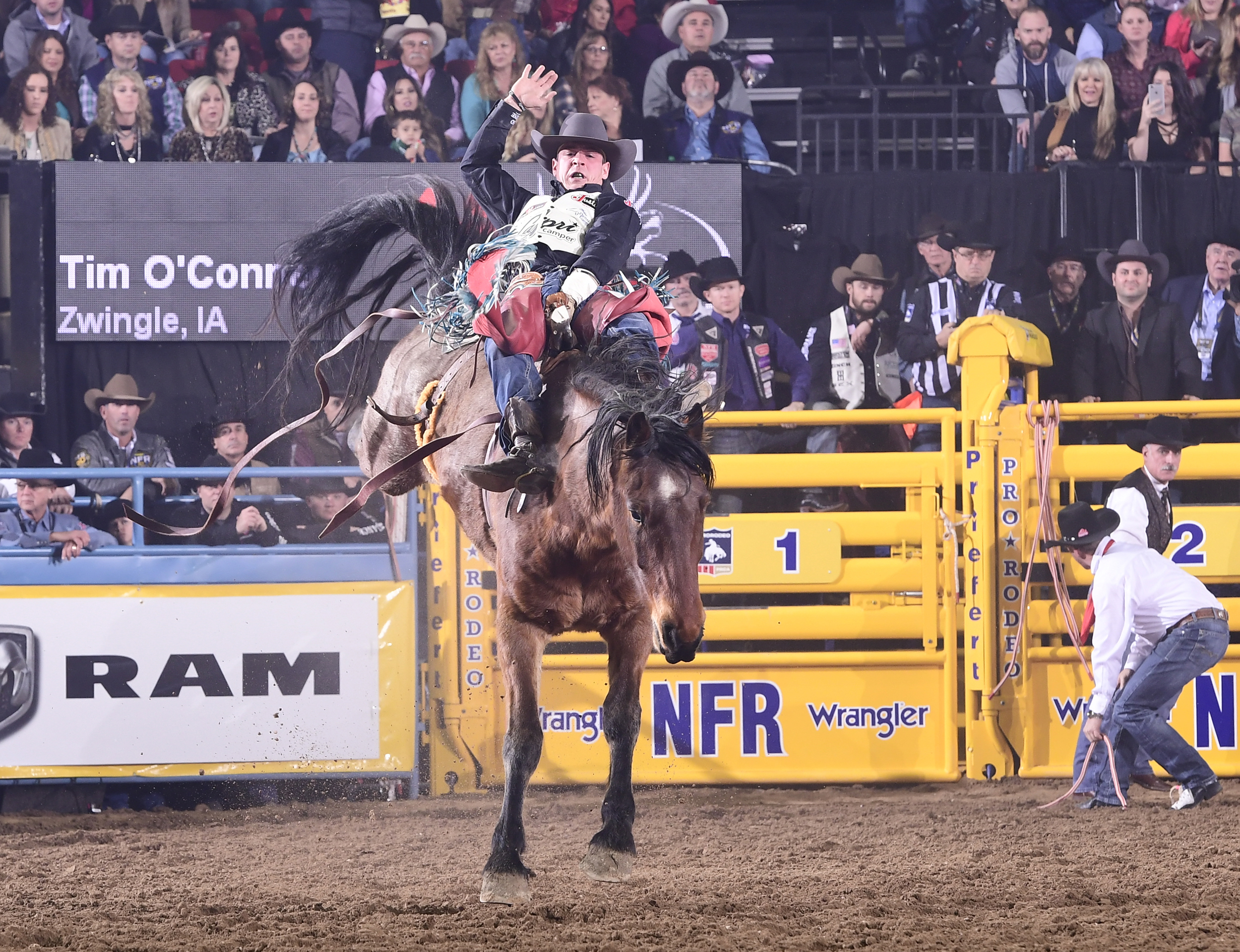 He won Friday’s ninth go-round, making it his second top check of the 10-day championship so far, and returned to the No. 1 position in the world standings. That $26,231 payout provided him with a $13,000 advantage heading into Saturday’s final night of the 2018 ProRodeo season.

“It’s just been an atypical NFR.”

He’s right. A year ago, he placed seven times and won $169,500 in Las Vegas. He won the Montana Silversmiths gold buckle by more than $100,000. This year, though, he relinquished the lead to the No. 2 man, Utahan Caleb Bennett, before grabbing it again Friday night. He’s $66,128 in nine nights of ProRodeo’s Super Bowl.

“I have this peace about this rodeo; I have this peace about what I have been doing,” he said. “I have everybody in my corner. The people I’m with at home are out here. The people I look to for advice have been calling. We just keep negativity out. I’m not going to lie to you and say it’s been all rainbows around here, that I haven’t been negative, that I haven’t been down in the dumps.

“They keep me up. My wife has just been amazing for keeping me positive, for keeping me ready to roll every night. I’m not going to say it’s been so much fun to be out here at the National Finals, but it is. At the end of the day, I love my job, I love this sport, I love everything about it.”

On Friday night, he matched moves with Cervi Championship Rodeo’s Vitalix Ain’t No Angel for 90 points and proved why he’s in the hunt for his third straight world title.

“I’ve seen that horse a lot, and by a lot, I mean I have watched all eight of his trips this year, and they were all in great big outdoor pens,” O’Connell said. “It’s different when you bring a horse into the lights, into the Thomas & Mack, into an arena that is blowing bombs off.

“He did exactly what I wanted him to.”

With one more night remaining in the 2018 season, O’Connell is on the verge of another gold buckle. He is second in the average with 762.5 cumulative points on nine rides. Should he stay in that position at the close of the 10th round, he will add a $54,577 bonus to his earnings.

That alone might be enough to earn him the title he has fought for though the campaign, but he would prefer to add in another round win to that.