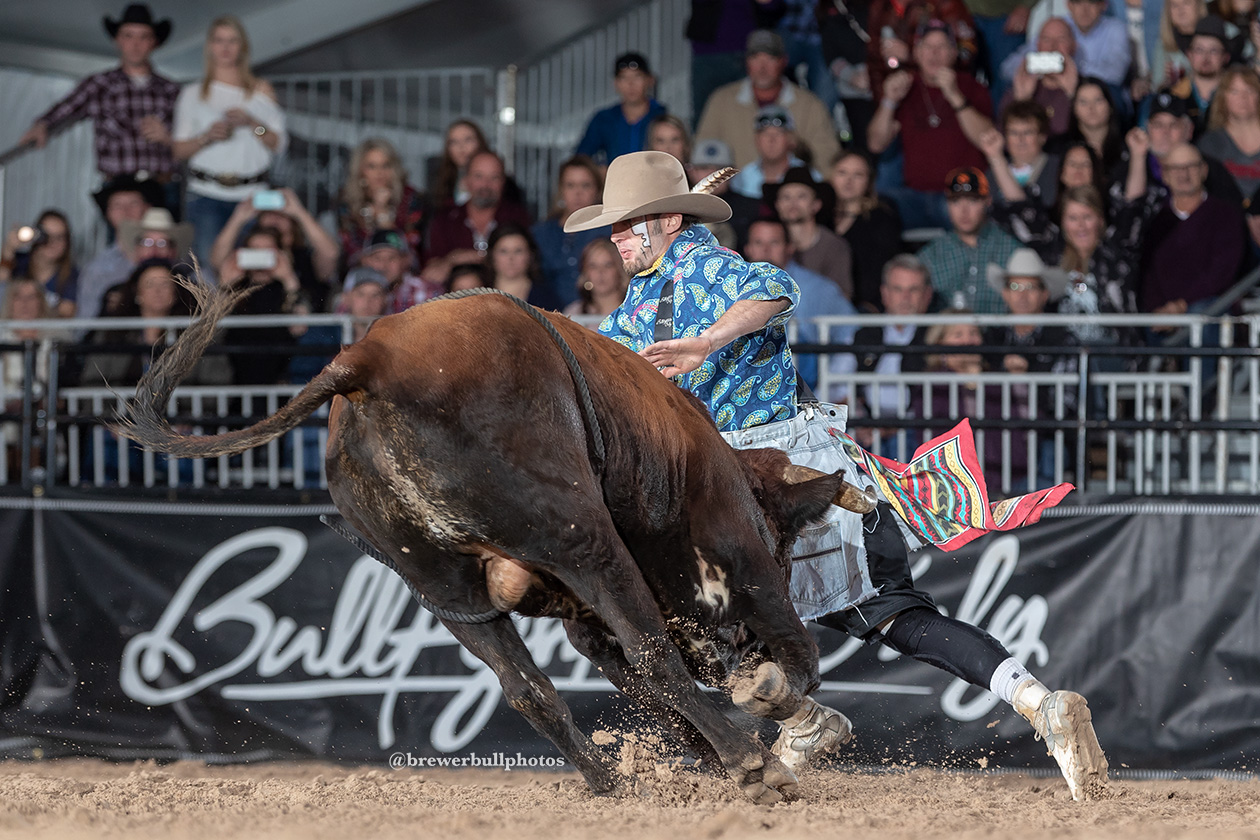 LAS VEGAS – Beau Schueth has had a fantastic year as a freestyle bullfighter.

It all culminated in a terrific finish for him during the Bullfighters Only Las Vegas Championship at the Tropicana Las Vegas. A week and a half ago, he won the Roughy Cup and the Wrangler Bullfight Tour titles.

“This is probably the most consistent I’ve been all year and probably my whole career, and I was able to put on five really good bullfights,” said Schueth of O’Neill, Neb. “I just stumbled and got the crap beat out of me on the last one. It’s the best I’ve fought in a long time.”

He finished the season as the reserve world champion, finishing second on the final day of the season to three-time titlist Weston Rutkowski of Haskell, Texas. He earned $39,960 in the BFO this season.

“Making the short round Saturday with a chance to win the title meant the world, because I’ve been working hard to get to this spot for so long,” he said. “To be in the chase for the world title is amazing.”

It came down to the final three fights of 2018 during the Hooey Championship Round on Saturday. Rutkowski won the round with an 85.5-point bout. Schueth finished second, and another veteran, Toby Inman of Davis Junction, Ill., placed third.

This year’s Las Vegas Championship format was a bit different. After three Qualifier Rounds, the BFO opted to have two rounds of bullfighting spread out over four days. Six men advanced to Championship Saturday, and the rest went through Friday’s Wild Card Round, where only three advanced.

“I liked it, but it sure was a grind. Having to fight five or six bulls in 10 days is tiring on your body,” Schueth said. “There was no day off. They weren’t calves you could have fun with; they damn sure made you work for it.”

Even though there were great fights, there were some viewers who thought the judges may have made a few bad decisions. Schueth never saw it that way.

“It’s just like anything: People are going to go after the refs. I know I did when I played basketball, because they called fouls on me all the time.”

Maybe that’s when he decided battling Spanish fighting bulls was more his calling. He proved that this year in Las Vegas.