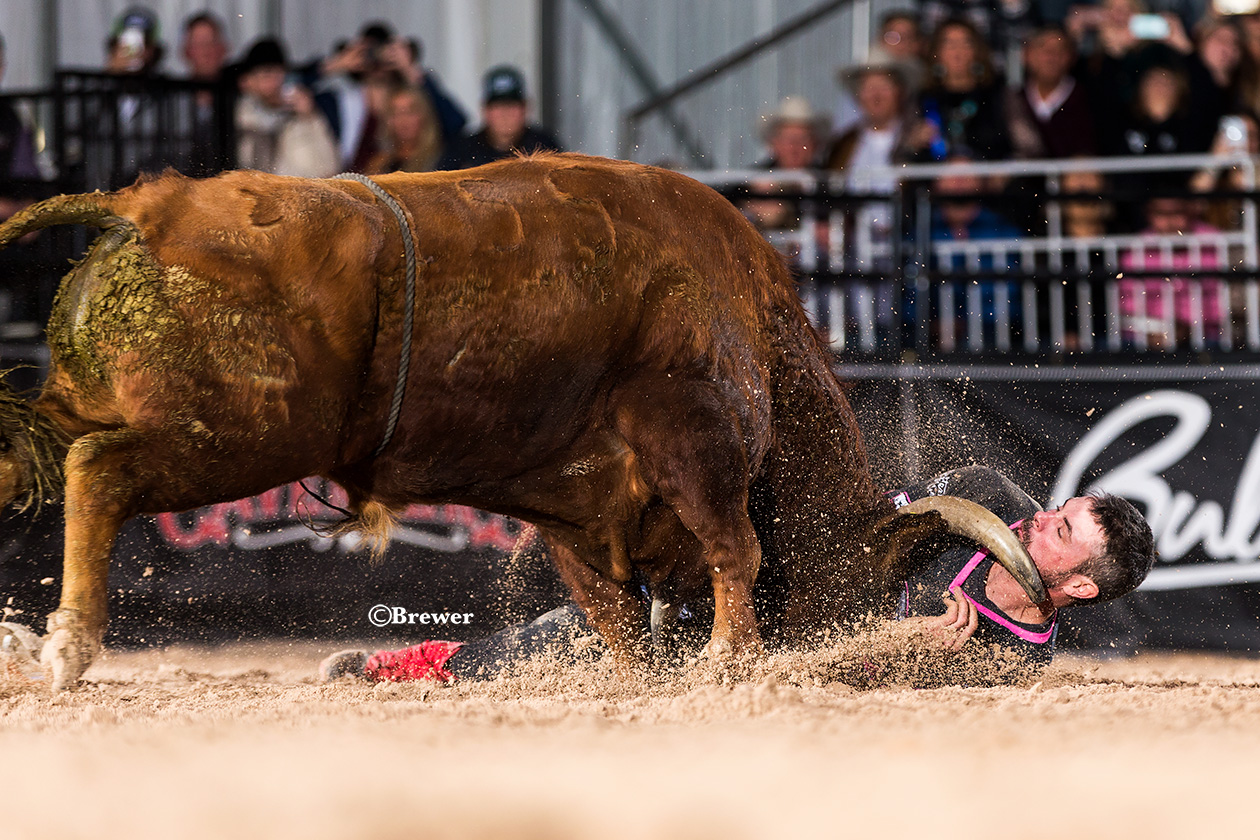 LAS VEGAS – There were many great Spanish fighting bulls featured during the Bullfighters Only 2018 season, but none were better than the now two-time BFO Fighting Bull of the Year, Sid Vicious.

Aptly named, the small red bull has the perfect attitude for the battlefield. He’s part of the herd from Manuel Costa, who the bullfighters voted as the 2018 BFO Stock Contractor of the Year.

“I think it boiled down to the fact that Manuel has a solid number of bulls you could win on,” said Weston Rutkowski, the reigning three-time world champion from Haskell, Texas. “This year, his were consistently a notch above. They were not only hard to fight, but they were also rewarding to fight.

“Sid Vicious is a bull that stands out and is in a league of his own. I was fortunate to fight him twice this year. The first time, he ended up getting the better of me in the end, but I got a few blows in first. I fought him in Vegas, and he just handed it to me.”

He may be little, but he has longer horns than most bulls. Sid Vicious also was the BFO Bull of the Year in 2017.

“When guys get along with him, they’re normally in the high 80s and 90s,” said Beau Schueth, the reserve world champion from O’Neill, Neb. “He’s got big horns and is fast, and he knows how to wheel around and hook guys. He follows you like a dog; he’s always on your hip for the whole 40 to 60 seconds.”

Costa has dozens of high-caliber bulls that are regularly featured at BFO events. Many were part of the Las Vegas Championship, which was the season-ending title bout for the top men in the sport.

“Manuel’s got great bulls all around,” Schueth said. “A lot of guys in the bull business go through him a little bit to find bulls. That says a lot about what he means to the sport.”

Sid Vicious, though, stands out among Costa’s bulls, which is why he got the unanimous nod from the fighters.

“He brings it every single time,” Rutkowski said. “I don’t think there was a guy that had a clean fight with him all year. That speaks for itself, because the talent in the BFO is second to none. To have that many good guys not get a clean fight out of him stands for itself.”

Another factor is how many times the bull was fought.

“Even with a bunch of outs, he still fights lights out,” Schueth said. “He still takes a fake, but you don’t have too much time to wheel around. He is always right there.”