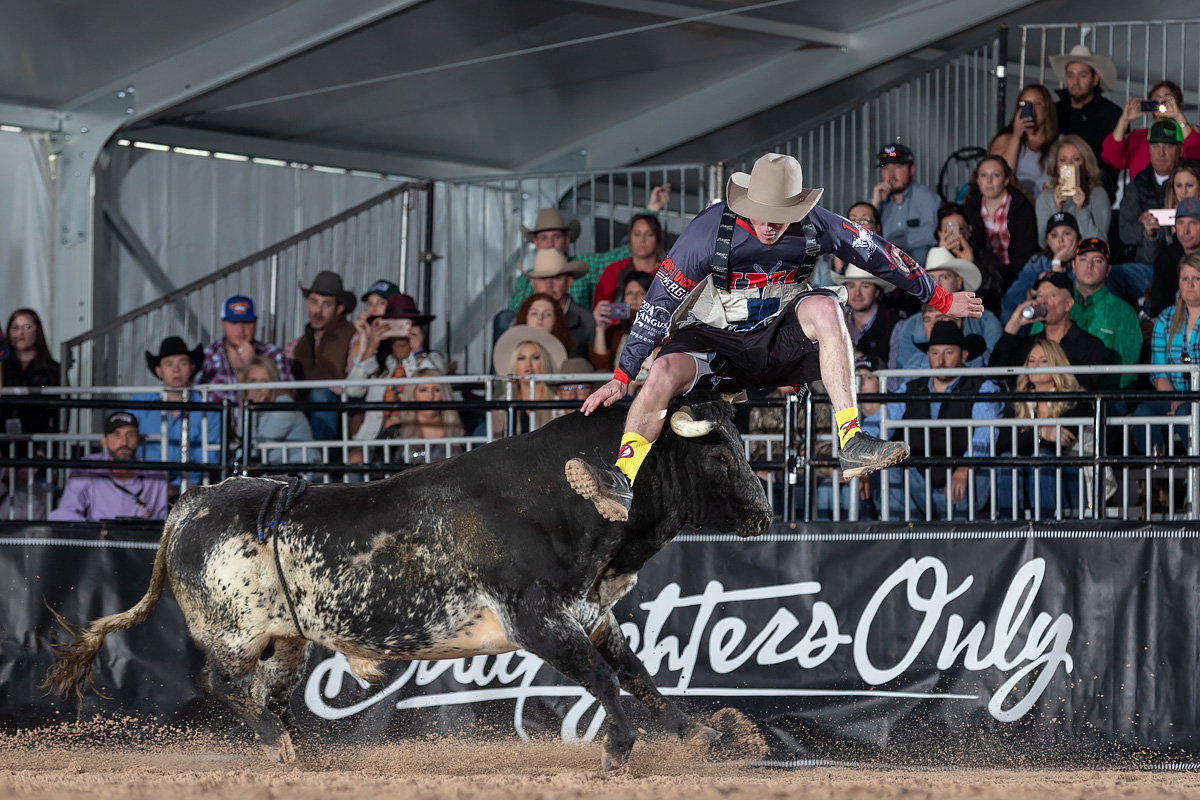 North Dakotan stands out among talented crop of rookies

LAS VEGAS – Justin Ward of Richardton, N.D., outlasted a fierce group of Development Camp graduates and outsider talent to be named 2018 Bullfighters Only Rookie of the Year.

Ward was a standout at the BFO’s Development Camp in San Bernardino, Calif., in April, and then burst onto the scene with a dominant win at the BFO Tri-Cities Invitational in May. He pocketed $10,000 in his first professional event.

“He almost made it look too easy,” said Luke Kaufman, the BFO’s production manager. “It was the who’s-who of bullfighting, and no one was even mad they lost. Everyone was just excited about seeing a brand-new superstar step out of the shadows.”

With more than $17,000 to his credit, he finished 2018 in seventh place in the Pendleton Whisky World Standings. Ward’s stellar performance in the regular season earned him the right to compete in the Roughy Cup and have an automatic bid into the BFO Las Vegas Championship.

“This really means a lot to me because they took a lot of interest in me,” Ward said. “I came to that D-Camp and showed up to play the game the way it was supposed to be played. Having Ross Hill coach me, and then going up against Weston in Ada (Okla.) was pretty cool. It was definitely an eye-opener for me for sure.”

He was rivaled for the honor by Chance Moorman of Lytle, Texas; Tucker Lane McWilliam of Oak Grove, Mo.; Andres Gonzalez of Woodland, Calif.; and Cade Gibson of Pilot Point, Texas.

“The level of talent this year was truly impressive, and it’s a testament to the rapid growth of freestyle bullfighting,” Kaufman said. “The older fighters understand the importance of helping out the younger athletes rather than hindering them.”

“I think the D-Camps are crucial, because a lot of guys wouldn’t get a chance without them,” Ward said. “Just look at Chance Moorman, who was with me in San Bernardino. He is impressive.”

They all were, but Ward came out on top and he got to play a starring role in the 2018 BFO Las Vegas Championship at the Tropicana Las Vegas.

“That was the biggest bullfight of my career,” Ward said. “I got to go up against Weston in the Wild Card Round. Even though I didn’t come out with a score, it was still one of the biggest thrills of my life.”