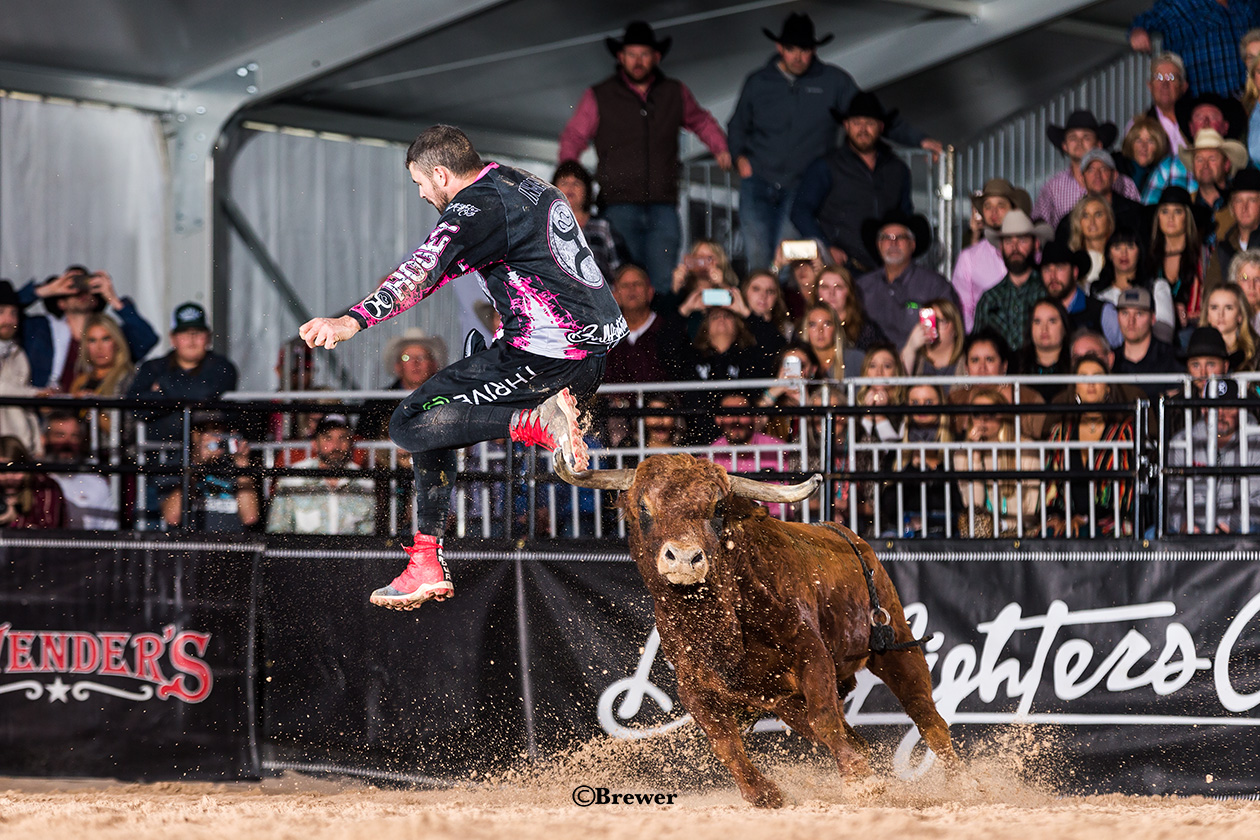 SAN ANTONIO – When Toby Inman walked down the tunnel into the AT&T Center a year ago, he marveled at the surroundings associated with the legendary San Antonio Stock Show & Rodeo.

“I really didn’t know what to expect,” said Inman, the reigning BFO San Antonio Wrangler Bullfight champion from Davis Junction, Illinois. “It was a crazy atmosphere, so it was easy to get pumped up to do big tricks in front of a crowd like that.”

The Wrangler Bullfights return to this year’s San Antonio Xtreme Bulls event, set for 1 p.m. on Saturday, Feb. 23. Inman is one of six elite bullfighters vying for the richest one-day paycheck in the sport; the San Antonio rodeo is offering a $25,000 purse.

“It’s exciting for me just to be part of it,” said Weston Rutkowski, the three-time Bullfighters Only world champion. He will be joined by fellow veterans Inman, Kris Furr and Ross Hill – and a couple of newcomers in Tucker Lane and Colt Oder. “There are only six of us invited to go; that means a lot in itself.

“To compete for the amount of money that’s there is incredible. I’m very grateful for the opportunity.”

Rutkowski earned his spot, as did the other five men in the mix. The San Antonio BFO event is part of the prestigious Wrangler Bullfight Tour, which was developed decades ago and re-invigorated by the BFO. To qualify for the event, bullfighters had to finish inside the top 6 in the 2018 Pendleton Whisky World Standings.

“I feel extremely lucky to be part of this event,” said Tucker Lane of Oak Grove, Missouri. “Everything’s been a giant step-up to me, with Ada (Oklahoma) being my first big deal, and that was a huge crowd.

“I can’t wait to be in an arena like that, because it has so much history, and being in the field with the top guys in the world after being on tour for just a few months.”

That’s the reality of BFO, which only features the greatest athletes in the game. Lane worked his way up the standings through the rigors of the 2018 season and finished the campaign higher than expected in the Pendleton Whisky World Standings.

“These young cats have proven themselves and they are worthy of competing for money like this,” Rutkowski said. “This will be a cool event for them. Then you’ve got us veterans, and we’re going to have our hands full. Just because we’ve been there and done that doesn’t mean these kids will bow down.”

That just adds to the drama that is freestyle bullfighting, but the action is what keeps fans on the edges of their seats. Bullfighters Only features the best bulls in the game, and San Antonio will be a true test with Rockin’ B & Magnifica providing the livestock.

“I know it’s going to be a great show, because nobody is going to hold anything back,” Lane said. “It’s definitely going to be exciting.”