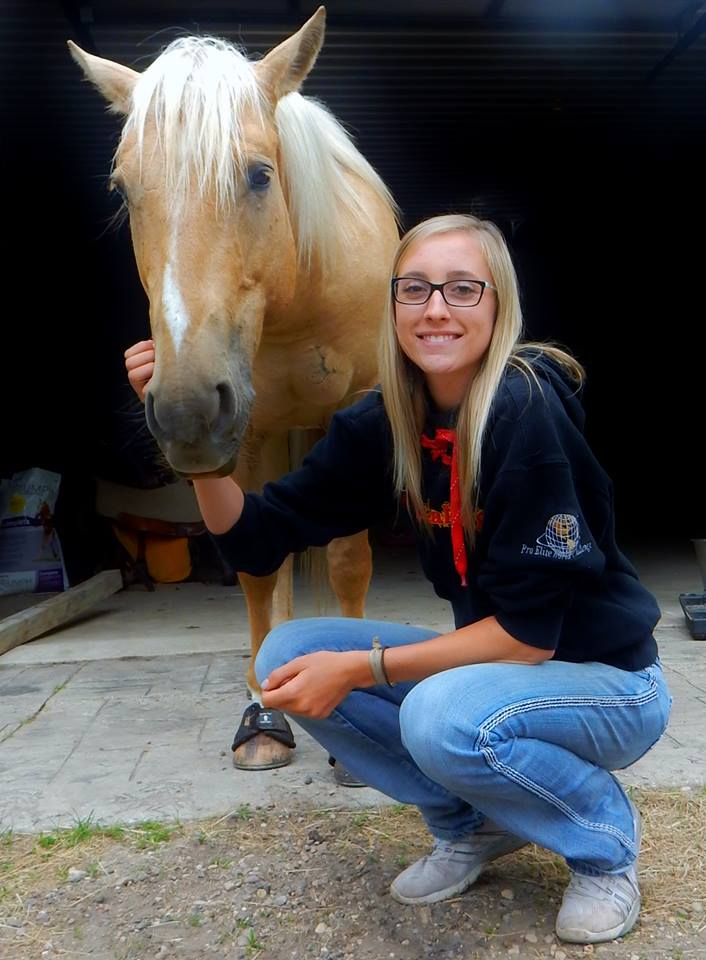 ALVA, Okla. – Alyssa Gabrielson and Kayla Copenhaver have been putting in a lot of extra work preparing for the spring half of the Central Plains Region season, along with their teammates.

The preparation paid off this past weekend; Gabrielson and Copenhaver were the driving forces behind the Northwestern Oklahoma State University rodeo team winning the women’s title at the Kansas State University. Both left Manhattan, Kansas, with titles: Copenhaver won barrel racing, while Gabrielson parlayed solid runs in barrel racing and breakaway roping to claim the all-around title.

“What makes me most proud is us winning as a team,” said Gabrielson, a senior from Perham, Minnesota. “As a team, we did really good, and it looks good on the school. It feels good after a rough fall.”

The fall semester featured four events, and the Rangers women were down the list in the team standings. Now they’re hoping to capitalize on the six-event spring semester to return as one of the top two teams in the region so they can advance a full team to the College National Finals Rodeo.

“Everybody’s been working hard, and I think it showed,” Gabrielson said.

Copenhaver and Gabrielson both posted 13.03-second runs to share second place in the opening round. Copenhaver then won the championship round with a 12.67-second run, and her two-run cumulative time was seven-hundredths of a second faster than the No. 2 cowgirl. Gabrielson was third in the final round and the aggregate.

“I’ve been legging up my horse really good, and I knew she would like that pen because she likes little pens,” said Copenhaver, a sophomore from St. James, Missouri. “I also tried not to stress about it, too, because that’s been a sticking point with me.”

The relaxed approach worked. She moves into the No. 3 spot in the regional barrel racing standings. That’s important as she looks to wrap the final five events of the campaign and finish among the magical top 3 – while only the top two teams in the circuit advance to the college finals, the top three individuals in each event qualify automatically.

“I wasn’t expecting to win it,” said Copenhaver, who was joined in the short round by Ashlyn Moeder of Oakley, Kansas, and Trinity St. Andrews of Newkirk, Oklahoma – Moeder finished fifth and St. Andrews sixth. “I was planning to make the short go because she likes that size of arena, and I was planning to do good. Winning it just topped it off.”

Gabrielson was one of two Rangers who made the final round in breakaway roping, joining Taylor Munsell of Arnett, Oklahoma. Munsell won the first round, finished third in the short round and finished fifth overall. Gabrielson placed fourth in both the short round and average to secure more points for herself and the team.

Northwestern’s women won the team title with 395 points, 180 more than the runners-up. That was a statement for the Rangers in Manhattan.

“My good barrel horse that I ran this weekend got hurt last year at this rodeo, so it was good to have her back,” Gabrielson said of Mady, an 11-year-old palomino mare. “She won the short round in Manhattan last year, then a week later the vets told me she’d torn her tendon.

“I think the team victory shows how much hard work we’ve put in.”

In goat-tying, both Meghan Corr of Rapid City, South Dakota, and Aundrea Dufrain of Dawson, Minnesota, advanced to the championship round, then found points there. Corr finished second in the short round with a 7.7-second run, and Dufrain was a 10th of a second behind for third. Overall, Corr finished third and Dufrain fourth.

The men’s team was paced by steer wrestler Bridger Anderson, a sophomore from Carrington, North Dakota. He was 4.8 to share the first-round win, then was 5.1 to finish second in the short round; his cumulative time on two runs gave him the aggregate championship.

Kelton Hill of Canadian, Texas, finished second in the first round of tie-down roping, while Ethan Price of Leedey, Oklahoma, finished in a tie for sixth place; Riley Wakefield of O’Neill, Nebraska, joined them in the final round.

Hill was unable to snag his calf in the short round, but Wakefield posted a 9.5-second run to finish fourth; Price was 9.9 and finished in a tie for fifth place in the round. Price’s two-run total of 19.5 seconds was good enough for fifth overall, while Wakefield’s 19.9 was sixth.

In team roping, heeler Tanner Nall of Colcord, Oklahoma, finished second in both rounds and the average with his partner, Ethan Griffin of Northeastern Oklahoma A&M, while header Danniel Durkes of Eskridge, Kansas, finished third in the first round and fifth overall with his partner, Zeke Hall of Fort Hays (Kansas) State University.

While the men had success, it was the Northwestern women who stole the show in Manhattan. It all adds up to a solid start to the spring portion of the season for the team coached by Stockton Graves.

“Stockton helps with my mind, focusing on the mental game,” Gabrielson said. “I used to struggle in the short goes, but he has helped me sit down and focus, know what I’m there to do and not look ahead. He really tells us to take each rodeo at a time, and the results at the end of the year will show.”