Rodeo is a labor of love for couple

Home - Uncategorized - Rodeo is a labor of love for couple 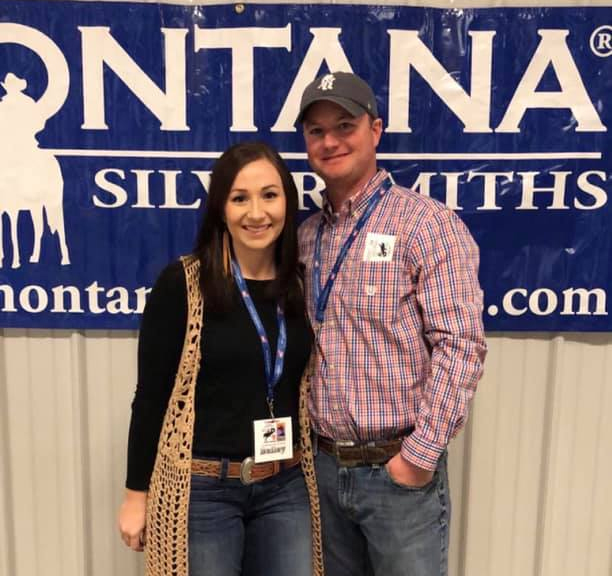 Kane and Akers are lifelong Guymon residents, and every spring centered around the community celebration in this town of 11,500, the largest in the Oklahoma Panhandle. It was – and still is – a major part of family affairs and times gathered with friends.

“I’m 24 years old, and I’ve only missed one Pioneer Days weekend in my life,” said Kane, a full-time firefighter and paramedic with the Guymon Fire Department. “That was in 2011, and we couldn’t make it because the state golf tournament was that weekend.  My mom and dad took me to everything with Pioneer Days growing up.

“I remember how devastated I was to not be there, but we won state, so that made up for it.”

His fiancé is part of the family that own’s Naifeh’s Steak House, another Guymon tradition. Pioneer Days is a big weekend for the restaurant, so she understands the celebration’s importance to the community.

“Then I started working at Anchor D (Bank), and that’s how I got involved with the rodeo,” she said. “We did a lot of stuff with the rodeo, and my boss, Lynne, does a lot, so I offered to help her last year. This year I joined the rodeo committee.”

It’s a necessary part of the community-based event. It takes many man-hours to produce an event like this, the largest in Texas County annually.

“The rodeo doesn’t run without these volunteers, and it’s always been a highlight event for Guymon,” Akers said. “We have people coming from all over the country to our town for our rodeo. I just wanted to be part of it and help my community as much as I could.

“I think it brings in so much revenue, not just to the rodeo but also the hotels, restaurants and other businesses. It just gets Guymon’s name out there. I’ve always known that you never book anything the first weekend in May, because you know the rodeo’s going on and everybody’s going to that.”

How big is Pioneer Days Rodeo? There are nearly 1,000 ProRodeo contestants who make their way to the region once known as “No Man’s Land.” In fact, the rodeo committee was inducted into the ProRodeo Hall of Fame in 2015. In 2002, PRCA members voted it the Large Outdoor Rodeo of the Year.

“The rodeo is a big thing, because it’s so steeped with tradition,” Kane said. “It brings in revenue and brings people from all over the world who come to celebrate this town and this community. They schedule school reunions for Pioneer weekend. There’s something different every year, and it’s a changing dynamic.”

It also brings in the very best cowboys from across the country. The slogan “Champions Come to Play the First Weekend in May” is true: there are dozens of world champions that have won the Pioneer Days Rodeo’s trophy belt in the event’s 87-year history.

Both will be utilizing their backgrounds and their success in trying to make this year’s rodeo one of the best. Akers will help handle social media promotion, while Kane is working in sponsorships. Both are vital to the rodeo’s success: Promotion helps spread the word, and social media is one of the best methods of doing that, and events this size can’t make it without the support of sponsors.

“I help my brother do our family business’ social media, so I know how important it is to utilize all forms of that to get the word out,” Akers said.

Kane, though, uses his vibrant personality in talking to business owners and/or managers about partnering with the rodeo. It’s a strong marketing opportunity for the businesses as they also support a major community event.

“Originally I was on the social media side, but then I got involved in the sponsorships,” he said. “I run a golf tournament for the fire department in August, so I’m used to going up to people and talking to them about sponsorships. I enjoy going to see these people and asking them to be involved, especially with something as big as Pioneer Days Rodeo.”

Kane and Akers enjoy what they do for the rodeo, and they like why they do it. It takes a passion to volunteer for something so big, but it’s a labor of love. They know about that, too.