Rookie rolls into the lead 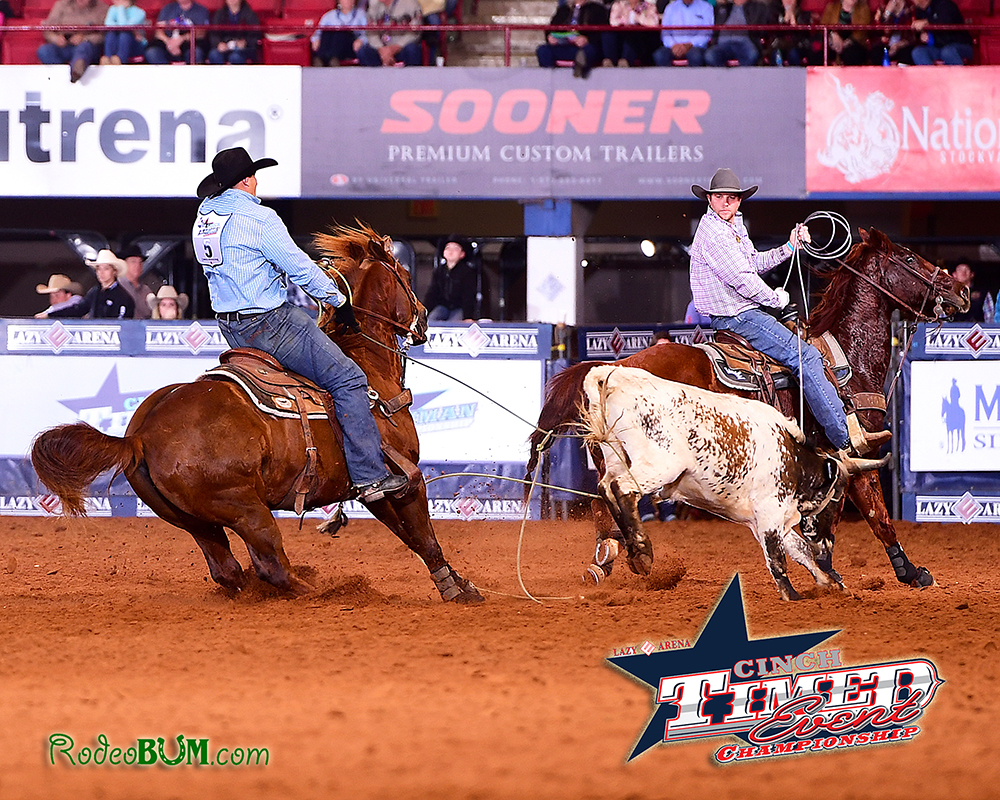 GUTHRIE, Okla. – Justin Thigpen didn’t look much like a replacement on Friday, the opening day of the CINCH Timed Event Championship.

He roped, tied and wrestled 10 animals in 147.8 seconds and owns the average lead after two go-rounds of the “Ironman of ProRodeo.” That’s not too shabby for a man that just learned he was competing two and a half weeks ago.

“This is just what I thought it would be,” said Thigpen, a 19-time International Professional Rodeo Association champion from Waycross, Georgia. “You’ve got to stay focused, stay determined and just do your job. It’s what we grew up wanting to do.

“We rope every day in the practice pens. I compete in three events at just about every rodeo I go to. As far as going one right after the other, I’m just used to it.”

He proved it by being solid over the first two rounds. What’s more, he already has earned money at this year’s CTEC: He put together a 75.7-second round Friday night to finished as the runner-up in the go-round; that was worth $2,000. He was 2.1 seconds being the second-round winner, Marcus Theriot of Poplarville, Mississippi.

“Winning a round is always great,” said Theriot, who is second in the average, 2.4 seconds behind Thigpen. “You get your fees back, but my goals are a lot higher this year. I like being on top. Now it’s time to stick to the plan, be steady and try to make no big mistakes. You just can’t panic, no matter what happens.

“Me and Thigpen are two of the major all-around guys in the Southeast. It’s pretty cool seeing him do good as a rookie.”

The Georgia cowboy definitely isn’t playing the game like a newcomer. In addition to his success in the arena – he’s won IPRA titles in heading, tie-down roping and steer wrestling – he also is a stock contractor that produces IPRA events in the Southeast. This is his first foray into single steer roping.

“I think having the success I’ve had helps,” Thigpen said. “The tripping is the newest thing, but I’m a student of the game. As soon as I found out I was coming, I went to studying and practicing. I want to get more experienced at it.

“Doing all these events day in and day out, you know how to pace yourself and what to look forward to so you don’t have to scramble. Before I left home, Daddy said, ‘You’ve got to bear down and get a time on every run if you want to be successful at the end.’ ”

Through his first 10 runs at his first CINCH Timed Event Championship, Thigpen has accomplished that mission.