Ralph breaks through for key win 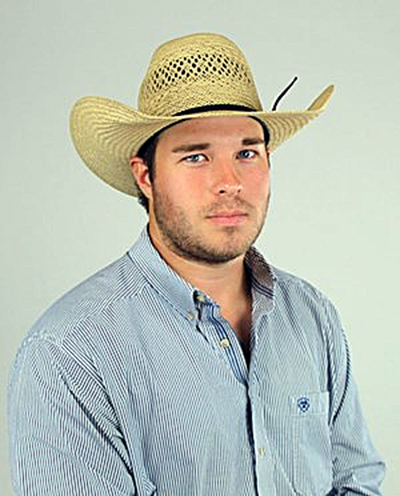 ALVA, Okla. – The growing legacy that is the Northwestern Oklahoma State University men’s rodeo team has been a key factor in drawing top athletes to Alva.

“(Coach) Stockton Graves is the steer wrestling man going in college rodeo,” said Ralph, a junior from Wann, Oklahoma. “It’s not too far from where I live. Alva’s a pretty quiet town, a lot like my hometown.”

The comforts of home have become beneficial. In western Kansas, he parlayed a solid 5.1-second run in the opening round – worth fourth place – into a fantastic finish. He won the championship round with a 4.4-second run, and shared the overall title. He was the big winner for Northwestern over the weekend.

“The win means quite a bit,” Ralph said. “I’ve been waiting for a while now for it to happen.”

While he finished second at the first rodeo of the season in Colby, Kansas, this was his first victory as a Ranger. He was joined in the short round by Jace Rutledge, a sophomore from Harrisonville, Missouri, who finished second in the long round but failed to finish among the top six overall.

“It means a lot to be a bulldogger at Northwestern,” Ralph said. “Stockton’s a pretty good coach, and there have been a lot of guys that come out of here because of that. I’m just trying to be one of them.

“My year’s gone alright, but I’ve had some tough breaks. I’m just trying to stay focused, get into the practice pen and get more steers under me.”

That’s been a key ingredient for all members of the rodeo team. Each individual understands the work ethic it takes to succeed at the college level.

“We get pushed hard, but it’s good for us,” Ralph said. “Stockton is getting us on track. We’ve just got to stay focused. You’ve got to put in the effort, but he helps us quite a bit.”

The goal is for both the men’s and women’s teams – as well as having as many individuals as possible – qualify for the College National Finals Rodeo. In order to do that, the teams must finish among the top two and individuals need to finish in the top three in each event to advance out of the Central Plains Region.

Tie-down roper Ethan Price of Leedey, Oklahoma, got some needed points in Garden City, finishing sixth in the first round, second in the short round and third overall. He was joined by Sean Doherty of Kim, Colorado, who won the first round, was fifth in the championship and finished fourth overall, and Riley Wakefield of O’Neill, Nebraska, who placed in the first round.

Moeder also collected points in barrel racing. She finished in a tie for fifth place in the short round and in a tie for sixth overall.

For Ralph, it comes down to basics and handling his business. He said he’s obtained the focus he needs as he prepares to close out this season.

“Stockton helps you mentally and can teach you what you need as far as bulldogging,” he said. “If you’re a beginner, he can teach you how to bulldog. Even if you’re experienced, he can help you to improve. He tries to keep us focused and does a real good job at it.”