Price is right for Rangers rodeo 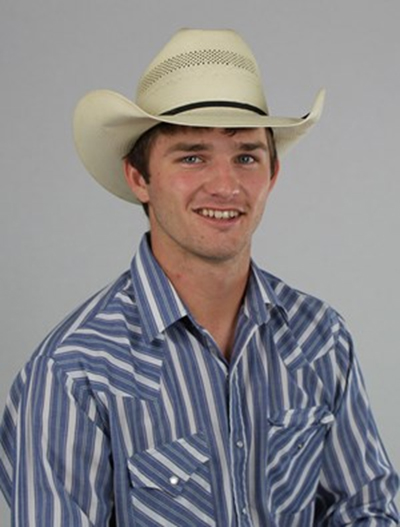 ALVA, Okla. – Ethan Price had a point to make this semester on the Northwestern Oklahoma State University rodeo team.

He made it this past weekend at the Southwestern Oklahoma State University rodeo in Weatherford, Oklahoma. He won steer wrestling, finished second in team roping with his heeling partner, Bo Yaussi, and earned points in tie-down roping.

In all, Price accumulated 320 points at the wet and windy rodeo to also claim the men’s all-around championship.

“This is probably one of the best college rodeos I’ve ever had,” said Price, a senior from Leedey, Oklahoma. “I’ve never made it back to the short round in all three events. Finishing in the top two in two events is the best I’ve ever done.”

It paved the way not only for Price to walk away with two individual titles, but he was the key factor in the Rangers men earning the team championship. With those valuable points, Northwestern moved to within of the lead in the Central Plains Region.

“This weekend really helped us, because we came into this semester leading the region, and now we’ve messed around and hadn’t had that good of a semester team-wise,” he said. “It felt good to come out and really have a big push this weekend and hopefully get into the top 10 before the season’s over with.

“We had a bunch of people do really well. It was definitely a team effort. It always feels better whenever everybody’s doing something to help.”

The biggest push for Price came in steer wrestling, where he completed a 4.1-second run to win the first round, a 4.9-second run to win the championship round and win the outright title. He was one of three Rangers who made the short round, and all placed; Brent Woodward of DuPree, South Dakota, placed second, and Riley Wakefield of O’Neill, Nebraska, finished fourth.

Price and Yaussi put together a 7.6-second run to finish fifth in the first round, then stayed consistent with a 7.7 to win the short round. Their two-run cumulative time of 15.3 seconds earned them a runner-up finish.

“That was actually really important, because we’ve had a rough go at it this year,” Price said. “It was good to actually get two roped and put down clean. We were both on the points team, so we got double points for that. That helps us in all area of that.”

Heeler Tanner Nall of Colcord, Oklahoma, finished third with his heading partner, Ethan Griffin of Northeast Oklahoma A&M, while the Northwestern tandem of header Kelton Hill of Canadian, Texas, and heeler Jayden Labhaun of Follett, Texas, finished second in the first round; a long run in the final round kept them out of placing in the average.

Price made his way into the short round in tie-down roping after posting a 10.1-second run, good enough for fifth place in the first round. He failed to secure a time in the final round.

It’s still a grand showing, especially for a cowboy just 10 months removed from surgery to repair a torn anterior cruciate ligament. In the months since, he has undergone serious rehabilitation. He returned to team roping last semester and was cleared to rope calves earlier this semester. His runs in Weatherford were the third and fourth he’s made in steer wrestling.

“I couldn’t really expect to win at first, because everybody’s had a big jump on me in the standings,” said Price, who is eighth in steer wrestling and 10th in heading in the Central Plains Region standings. “My main goal is to end up in the top three for myself and to help get the team into the top two so we can make it to the college finals.”

Only the top three individuals in each event and the top two teams in the standings at the end of the region season advance to the College National Finals Rodeo, which takes place in June at Casper, Wyoming.

“If I can get back in the top three before Guymon (the Oklahoma Panhandle State University rodeo, which closes out the season the last weekend in April), then I will look to finish in that top spot if I can get up there,” he said. “The main thing is to get the team back to the college finals and see if we can do better than we did last year.”

The women’s team was led by breakaway roper McKayla Alliston of Buckhead, Georgia, who finished second in the short round and the average. Taylor Munsell of Arnett, Oklahoma, won the first round with a 2.2-second run but was unsuccessful in the short round.

“Bridger Anderson is a stud in bulldogging, and he’s hard to beat. We’ve got a lot of talent. If we ever hit on the same page the same weekend, it’s going to be hard to beat us. If we could take all of us to Casper, I feel like we could do very well.”

They have their chances the final two weeks of the season, first at Fort Hays (Kansas) State this weekend, then in Guymon the following. For Price, he not only has to overcome the mental aspect of his injury and persevere, but he needs to do so in a winning fashion.

“I was talking to (coach) Stockton (Graves) about dealing mentally with my knee, and he said, ‘You’ve just got to do it; it’s either going to hold or it’s not,’ ” he said. “That’s how I go about it now. My knee feels strong and healthy. There’s a big mental part you have to get over, and I’m doing everything I can to make it happen.”

That seems to be working for Price and the Rangers.