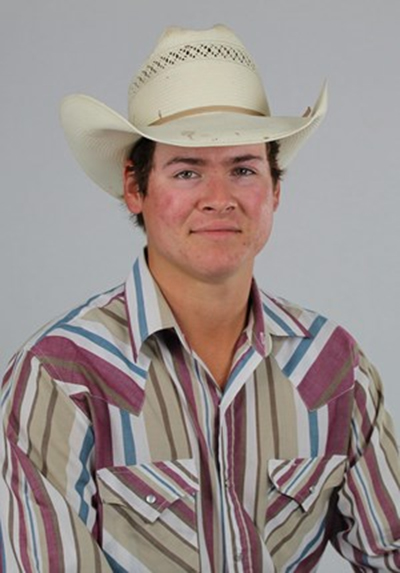 ALVA, Okla. – Heading into the spring semester of the Central Plains Region college rodeo season, Tanner Nall knew he needed to finish strong if he had any chances of returning to the College National Finals Rodeo.

Consider it nearly done. He and his partner, Ethan Griffin of Northeast Oklahoma A&M, put together two solid runs this past weekend to finish second in both rounds and the average at the Fort Hays (Kansas) State University rodeo. Now they’re ever-so-close to securing their spot at the National Intercollegiate Rodeo Association’s championship in June.

“Hays was pretty important for us,” said Nall, a Northwestern Oklahoma State University junior heeler from Colcord, Oklahoma. “It was going pretty slow at the beginning of the year, but it’s starting to roll a little bit now.

“This gives us a chance to go into Guymon (Oklahoma) this weekend and not worry too much.”

Nall has moved into second place in the heeling standings heading into the final rodeo of the season. He may need a few points at the Oklahoma Panhandle State University rodeo to shore up their qualification to the college championship in Casper, Wyoming.

“I’ve known Ethan since I was 10 years old,” Nall said. “We’ve roped together through youth rodeo and high school rodeo, and we went to a lot of jackpots. This is the first year we’ve roped together in college. I roped with Maverick (Harper) my first two years, and we won the region last year and went to the college finals.

“We wanted to win the region as bad as anybody, but the top guys in the region have been pretty hard to beat. It’s good to have moved up to where have a good shot to go to Casper.”

The tandem was 6.6 in the first round and 6.9 in the championship round. The 150 points each earned pushed them from third to second in the region, and they own a 165-point lead over the No. 4 team; only the top three individuals in each event advance out of the region to the college finals.

“We really just want to knock down two steers, be about 7.0 seconds on both steers, place good in the long round, short round and average,” Nall said. “That would give me a lot of confidence.

“Ethan and I talked about it, and our goal this semester was to just catch steers and make good runs. It seems to be clicking and working.”

Tie-down roper Jeremy Carney of Blanchard, Oklahoma, placed sixth in the opening round, while steer wrestler Riley Wakefield of O’Neill, Nebraska, finished in a tie for sixth in the first round, sixth in the short round and sixth in the average.

Barrel racers Ashlyn Moeder of Oakley, Kansas, and Kayla Copenhaver of St. James, Missouri, led the way for the Rangers women. Moeder placed fifth in the short round, and Copenhaver was sixth. Both had a two-run cumulative time of 34.58 seconds to finish in a tie for sixth place overall. Breakaway roper Megan Turek of St. Paul, Nebraska finished in a four-way tie for fourth place in the opening round, then was saddled with a no-time in the short round. Goat-tier Melissa Couture earned a spot in the championship round, where her 8.3-second run was good enough for sixth place in the round.

For Nall, he thinks the reason for his success lies in a 13-year-old sorrel gelding he named Cookie Monster.

“Honestly, that’s helped me more than anything,” he said. “I got him about a year ago, and that’s when my success started. When Maverick and I won the region last year, we won two of the last three rodeos after I got the horse. He just really never messes up.

“When I bought him, his barn name was Easy, because he was so easy to ride. I changed his name because he likes to eat so much. He’s never going to get in your way and make your job harder than it is.”