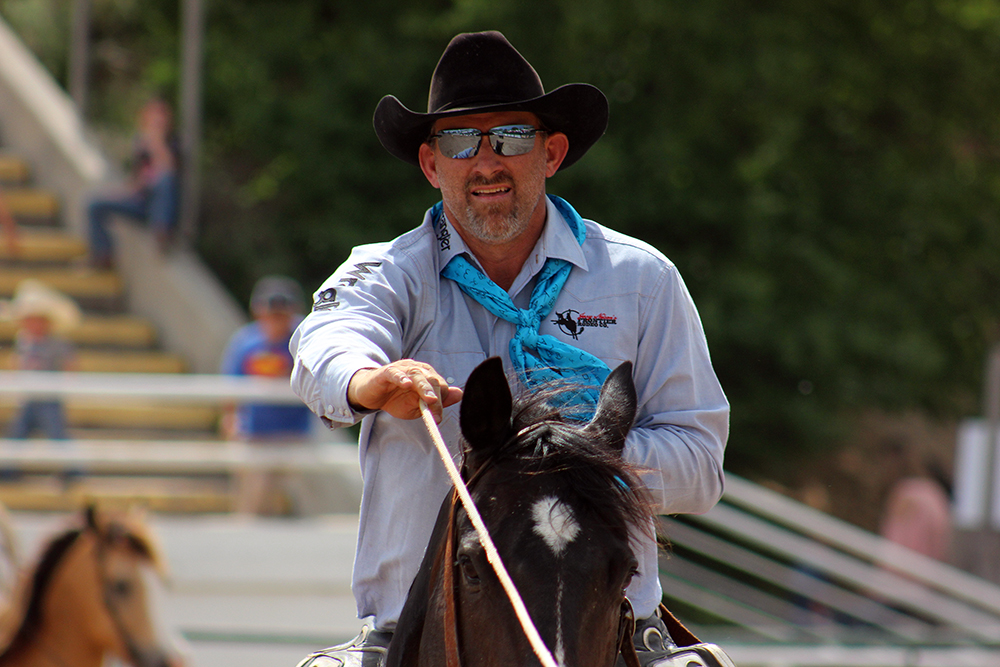 GUNNISON, Colo. – Every year since its inception, many of the greatest cowboys in the country make their way to this picturesque town for the annual Cattlemen’s Days celebration and PRCA rodeo.

Two of the greatest cowboys to have ever been here are repeat visitors, working the annual rodeo as pickup men for Stace Smith Pro Rodeo, one of the most decorated livestock firms in the sport. Jason Bottoms and Shawn Calhoun are two of the premier pickup men in the land, and they are regulars in the Gunnison Valley.

Calhoun was named to the NFR in 2012, while Bottoms’ three ventures to the Nevada desert came in 2005, ’07 and ’11. While the world has seen their talents on the biggest stage of the sport, the folks in Gunnison have seen them up close for many years.

They are just two of the faces that come with the Smith Pro Rodeo, an Athens, Texas-based firm that has been named PRCA Stock Contractor of the Year 11 times. They are just a few of the biggest names in the game that are expected to be part of Cattlemen’s Days this year, with three performances set for Thursday, July 11-Saturday, July 13, at Fred Field Western Center in Gunnison.

This year marks the return of entertainer John Harrison, who has been named the PRCA Comedy Act of the Year three times and Coors Man in the Can twice. His brand of comedy and his award-winning acts were a big hit for fans in Gunnison last July.

“A lot of people don’t know this, but John is the grandson of Freckles Brown,” Coblentz said, pointing out that Brown is a ProRodeo Hall of Fame inductee who won the bull riding world title in 1962 at the age of 41. “When you have that kind of legacy, it says something.

“But what I think is even bigger is that he’s an outstanding horseman, and a lot of people around here can appreciate that. When he adds that to the comedy, it really makes something cool happen.”

Announcer Andy Stewart returns to call the action, providing his baritone voice and distinct flavor to every ride and run that takes place during each performance. From Colliston, La., Stewart has been nominated as PRCA Announcer of the Year each of the past nine seasons, and there’s a good reason for it.

Gunnison-raised Linda Alsbaugh serves as the rodeo secretary and has for many years. She offers a great understanding of Cattlemen’s Days to her tasks of the behind-the-scenes work that goes on throughout rodeo week. She, too, is well decorated.

Alsbaugh and her late husband, Art, were recipients of the 2012 Donita Barnes Lifetime Achievement Award. In 2015, she was named the PRCA Secretary of the Year.

“Hands down, I think we bring the best rodeo personnel to our event every year,” Coblentz said. “The cowboys know that when they get here, and it shows in every level of our rodeo.”