Mercer off to a fast start

Home - Uncategorized - Mercer off to a fast start 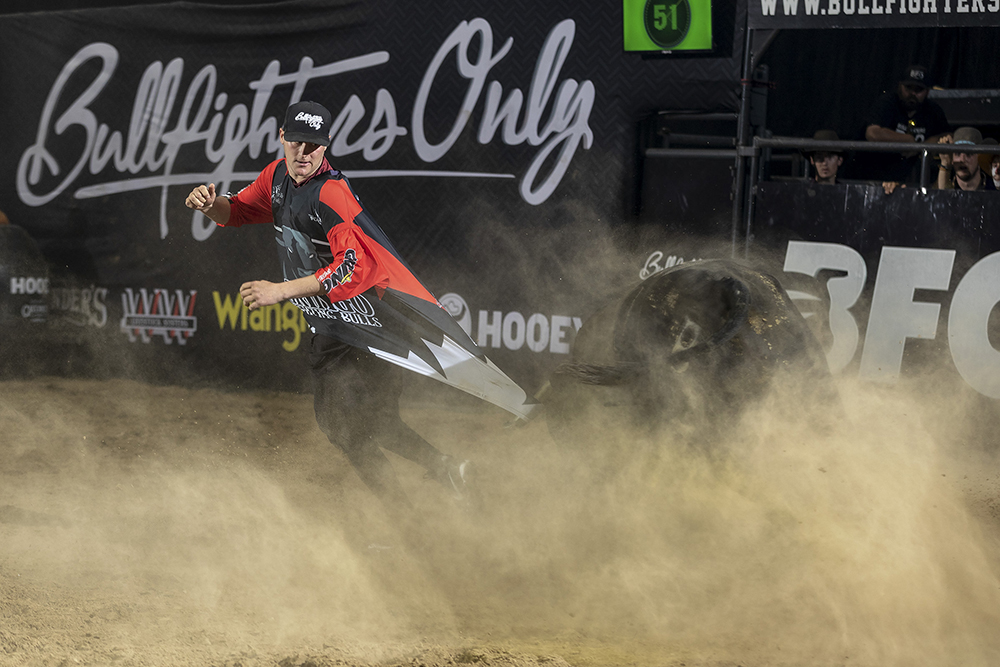 CHARLOTTE, N.C. – Exactly one-year ago, Aaron Mercer stepped into the freestyle bullfighting arena for the first time ever.

Now, he is the No. 4-ranked man in the Bullfighters Only Pendleton Whisky World Standings and has proven to be a quick study of the sport. Since the first of May, he has two wins (in Las Vegas and Redding, California) and two second-place finishes (in Woodward, Oklahoma, and Kennewick, Washington).

“A lot of people say if you don’t win, you’re the first loser, but I don’t look at it that way,” said Mercer, 26, of Calgary, Alberta. “This is so new to me, making short rounds at these deals is crazy for me.

“I had only stepped around nine fighting bulls when I went down to the (United) States. I’d been watching guys on videos … Justin Josey, Toby Inman and Colt Oder, and those guys are so rank. To be able to make the short round with them is just crazy. I never thought I’d be doing it.”

Mercer has pocketed more than $13,500 to assume his spot among the top five bullfighters in the BFO. He will have that momentum with him when he competes at Charlotte Motor Speedway as BFO joins the race-day experience for the Coco-Cola 600 on Sunday, May 26.

“Winning Redding or finishing second at Woodward and Kennewick is cool, and you want to keep that streak going,” Mercer said. “My confidence is high. Every time I step out in the arena, my brain is working so fast and my mind is going 100 miles per hour, and I’m like, ‘What am I doing here?’ ”

Charlotte is the second stop of the 2019 BFO Speedway Series, with five more events slated for later this season –all set up around major NASCAR races. This weekend marks the BFO’s second time in Charlotte in eight months; the first event took place last September at the Charlotte Motor Speedway’s ROVAL 400 and was a big hit among NASCAR fans.

“I’m excited for it,” Mercer said. “It’s going to be different for me, but I’m ready to go tear one up.”

BFO’s menagerie is a new experience for the rookie bullfighter, but each step-through and flip over a charging bull seems to progress the talented Calgarian. That’s why he will be a threat during Sunday’s nine-man bullfight, which features nine fighters battling to advance to the Hooey Championship Round.

“Freestyle bullfighting is a game of life and death, a game of inches and a game of deception,” Mercer said. “I seem to learn pretty good when I get thrown into something new and different. I’m not out of the woods yet, but I think I’m on my way.

“I thought I had a limit, and I think I can go over it. I’ve been able to push myself further than I ever thought I would. You’ve got to test your limits or you’re not going to go very far in this industry.”

He also understands what it means to be an Albertan at the top of the heap. Canadians have a special sense of patriotism when it comes to competition, especially when they’re battling for world championships. Through just the first few months of the season, Mercer has placed himself in contention for the 2019 crown.