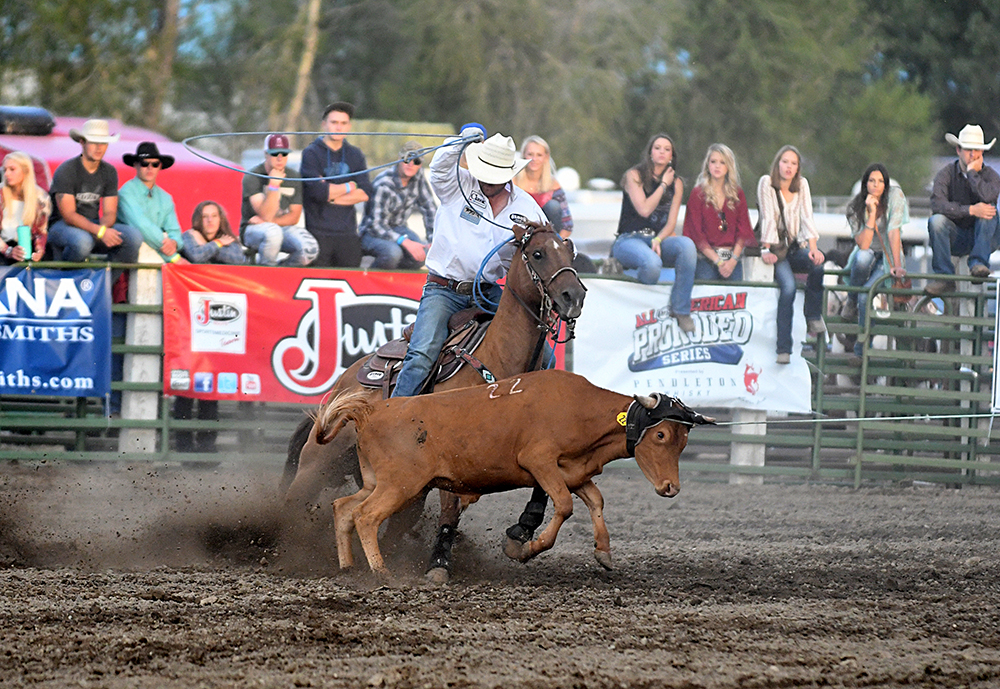 GUNNISON, Colo. – Two-time National Finals Rodeo qualifier Buddy Hawkins had been to 44 rodeos before he arrived in this gorgeous mountain community last July, but he realized it was a special place with special people.

“When we got here, they gave us hay and helped us park and were as friendly as they could be,” said Hawkins, a team roping-heeler from Columbus, Kansas. “It couldn’t be any better, and they gave us a cash bonus for winning the performance.”

That’s a popular sentiment among contestants who make their way to Cattlemen’s Days PRCA Rodeo, which this year is set for Thursday, July 11-Saturday, July 13, at Fred Field Western Heritage Center in Gunnison.

Hawkins and his partner, Brye Crites, won the team roping championship. While it was good money for Crites, those dollars helped Hawkins finish the regular season among the top 15 on the heeling money list; it earned him a return visit to the NFR, where he won more than $50,000 and finished 14th in the world standings.

But he wasn’t the only winner who shared love for the volunteer committee that organizes the annual festival. In addition to the rodeo, Cattlemen’s Days is a full-fledged community celebration that has a distinct county fair feel to it. It’s been around longer than most county fairs in Colorado, though.

“Winning that rodeo last year was pretty awesome,” said Payden McIntyre, the champion steer wrestler from Douglas, Wyoming. “That was the first rodeo I won outright last year. That’s what kickstarted my summer.

“It’s pretty awesome for a committee to go above and beyond for us cowboys.”

It’s something he’s considered in the months since winning. Sure, winning a rodeo is always a big deal, but there’s something more to what he experiences every year when he arrives in the Gunnison Valley.

“They do a really good job of having some of their performance winners get a little bonus,” he said. “That was the end of our week, and we hadn’t done very well. It is nice when people realize the kind of work you put in and do something extra to help you out.”

This year’s event will feature an increased committee purse, which will be added to the contestants’ entry fees to make up the overall payout. That’s going to be an attractive feature for cowboys who make a living on the rodeo trail.

“It’s nice to see these smaller circuit rodeos increasing their added money,” McIntyre said. “It makes guys like me that aren’t in the top 50 (in the world standings) feel like somebody’s taking care of us.

“Rodeos like Gunnison really do take care of a guy. As much as we talk about the money, it’s going to the rodeos in these smaller communities that give you that hometown feeling. We’re on the road a lot, so we don’t get that pleasure of being home with your family. They understand that.”

That’s one of the reasons that Craig Wisehart makes sure Gunnison is on his calendar every year.

“I love this rodeo. The hospitality and the committee I great, and the stock is amazing. Just driving in, you see the black cows out in the pasture and know this is cowboy country.”