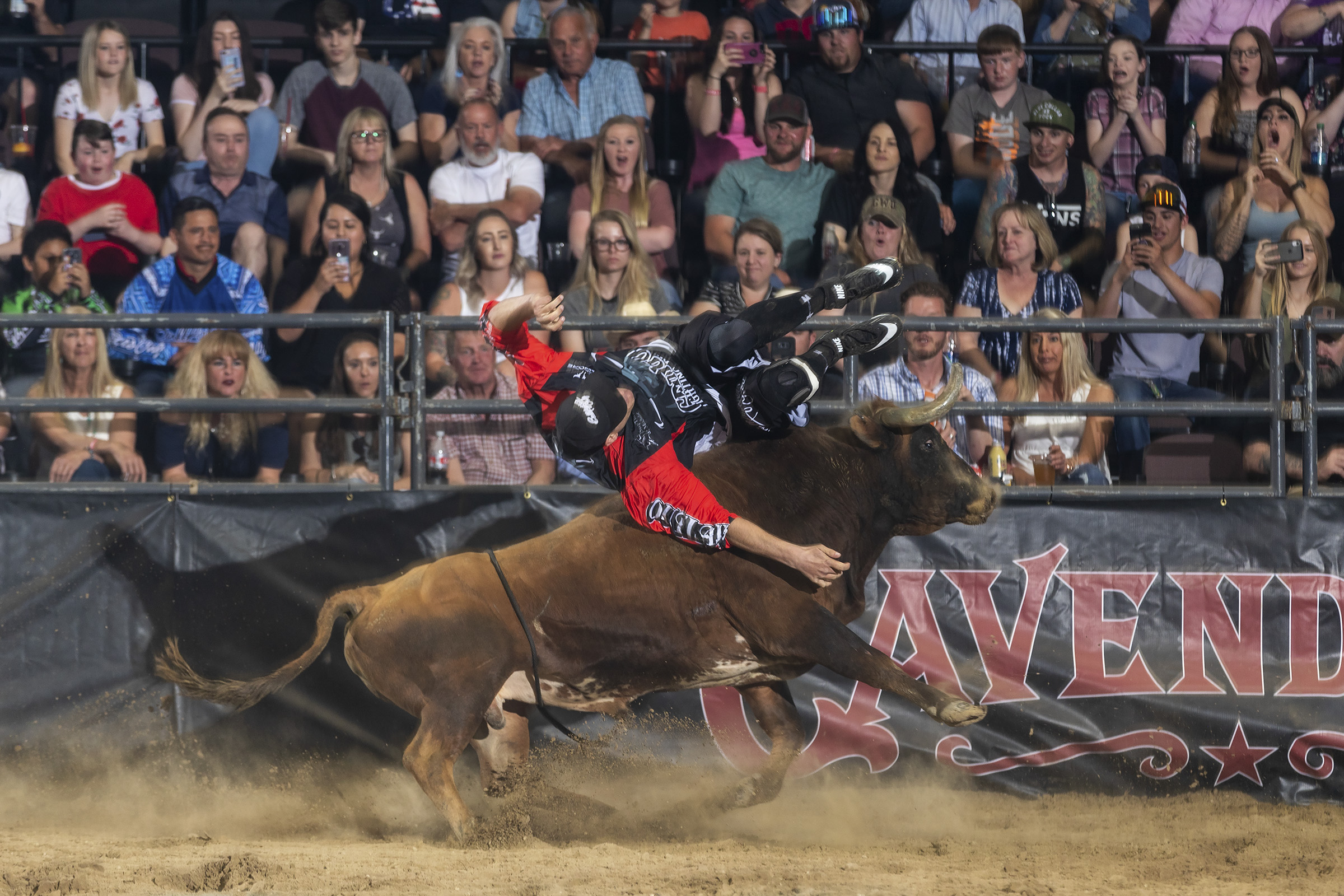 Aaron Mercer is normally the talkative type, but news that his victory last weekend at the Bullfighters Only stop in Moose Jaw, Saskatchewan, has pushed him to No. 1 in the BFO Pendleton Whisky World Standings has left the Canadian a bit tongue-tied.

“It’s surreal; it’s cool,” said Mercer of Calgary, Alberta. “I didn’t think that would be the one to push me over the top, but, damn, it sure did. I didn’t even look at the standings. A friend of mine from back home sent me a screen shot, and I thought, ‘What the heck is going on here?’ ”

What’s going on is a hot streak that’s extended for more than a month. In addition to the title in Moose Jaw, he has victories in Las Vegas; Redding, California; and Charlotte, North Carolina; Mercer also finished second at stand-alone events in Kennewick, Washington, and Woodward, Oklahoma.

“I think he’s doing so well because he’s taking each bull one at a time,” said Colt Oder, a friend and fellow bullfighter from Moorpark, California. “He’s transitioned into the sport from bronc riding and other stuff. He’s still wide-eyed about it and just has pure joy. It’s cool to see. He’s excited about every bull he fights.

“He brings a lot of good energy to the tribe.”

That tribe is a tight-knit band of bullfighters who serve as each other’s biggest supporters when they’re not in the ring themselves. Now Mercer is atop that group with $23,250 in earnings. He owns a lead of just $600 over veteran Toby Inman of Davis Junction, Illinois.

“It feels crazy to be ahead of those guys,” Mercer said. “I’ve got to keep fighting my bulls.”

Now that he’s atop the heap, he wears a target on his back. His goal is to keep building on his lead and push that target as far away from the field as possible before the season finale, the Las Vegas Championship, set for December at the Tropicana Las Vegas.

“I’ve got to hammer down,” he said. “The win in Moose Jaw was cool because I like those Alpha Bull events (produced in Canada). I wasn’t really happy with the way I fought there, but a win’s a win; I’ll take it.