BFO is booming in Canada 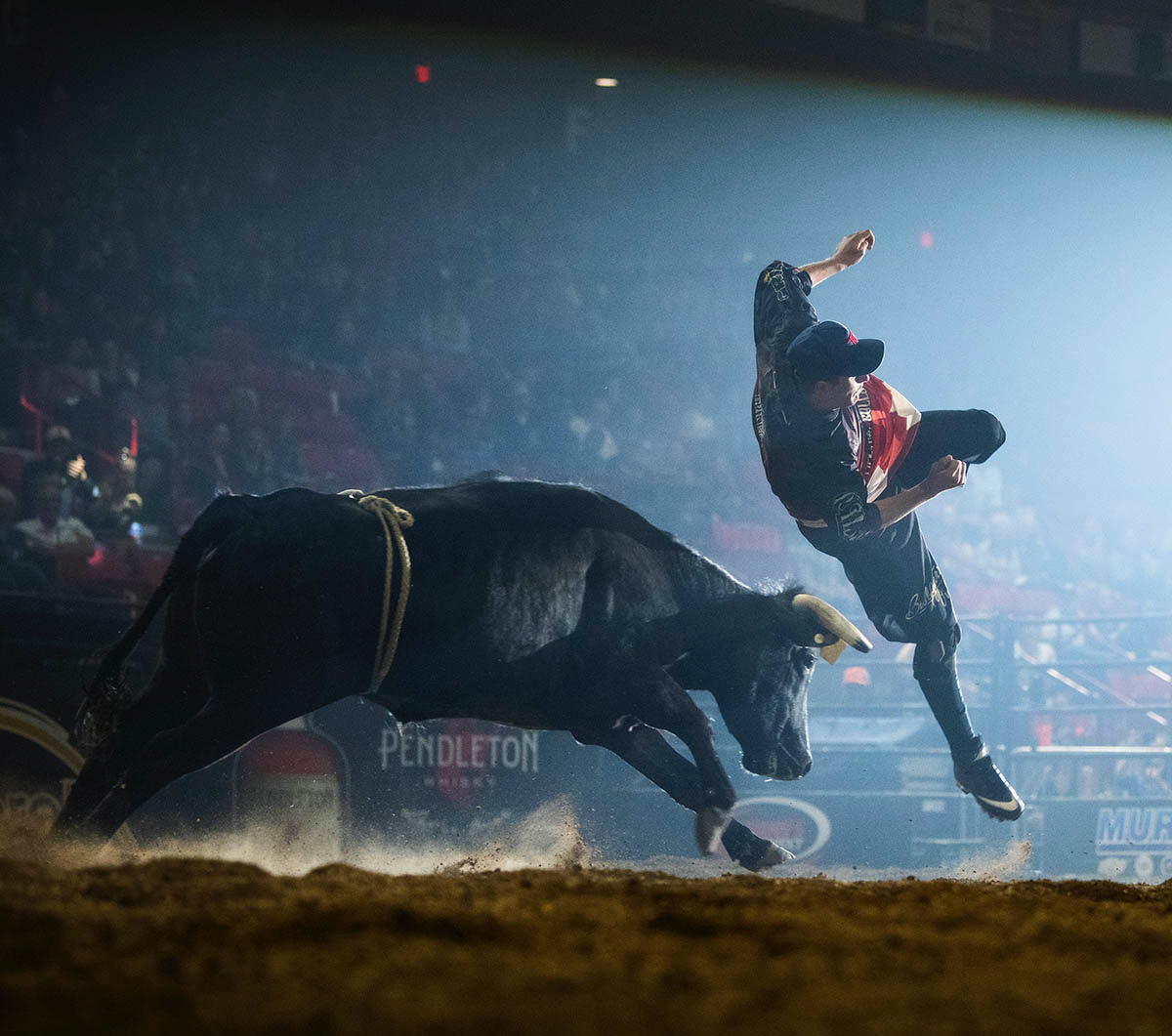 CALGARY, Alberta – Bullfighters Only founder Aaron Ferguson and Alpha Bull founder Chad Besplug grew up just 45 minutes from one another in the foothills of southern Alberta.

Their professional careers have followed eerily similar paths – Ferguson as a bullfighter, Besplug as a bull rider. Besplug is a two-time Canadian champion, and Ferguson was selected twice to fight bulls at the National Finals Rodeo. At the completion of their rodeo careers in 2015, both were at the top of their game.

Now, they have proven that their unique abilities translate outside of the arena as well. Ferguson’s Bullfighters Only and Besplug’s Alpha Bull are known for producing world-class events, and they’ve teamed up for four consecutive years to bring bullfighting to Canadian fans.

“We grew up in the same part of Alberta, but didn’t really know each other that well until we founded our companies,” Ferguson said. “Using Chad’s events as a platform, we put our efforts together to bring freestyle bullfighting up to Canada. It’s growing fast and producing some great athletes.”

Proof comes via Aaron Mercer, the first-ever Canadian to occupy the No. 1 spot in the BFO Pendleton Whisky World Standings. He got his start through BFO Canada competitions and has been dominating events across North America, with four wins and two runner-up finishes in the last month and a half.

“It’s insane that he’s gotten to the top so fast and great to have a Canadian on top of the standings,” Besplug said. “He was virtually unknown at this time last year. I’ve watched the top guys and gotten to be friends with some of those guys. What has impressed me is how hard they work.”

BFO and Alpha Bull have produced more than a dozen events so far, and the growth continues to be rapid. That’s a good thing for Canadian bullfighters and even U.S. stars willing to test their skills north of the border.

“Freestyle bullfighting is a whole new avenue for fans in Canada,” said Weston Rutkowski, the three-time reigning BFO world champion. “It brings a different excitement to the events. Chad puts on great events, and they’re very entertaining from the get-go.”

The only downfall has been the lack of quality fighting bull contractors in Canada. That’s why Alpha Bull and Bullfighters Only have reached out to Oregon stock contractor Trevor Hamsher to haul his top-flight animals to BFO Canada events.

“With this change, fans will get to experience the level of excitement that has become synonymous with BFO,” Ferguson said. “Bringing in an experienced contractor with quality bulls is imperative to the sport’s continued growth as it allows the athletes to showcase their true capabilities.”

Fans are pushing for the market to expand, which is why Besplug and Ferguson are working together to make it happen. More events are already on the 2019 schedule than ever before, and both Alpha Bull and the BFO are looking to increase that again next year.

“As a pure man-vs.-beast sport, it’s tough to compare it to anything else; the excitement is insane,” Besplug said. “I’ve seen lots of bad wrecks and lots of action in bull riding, but watching someone like Weston going against the best bulls in the world just puts you on the edge of your seat, and it’s pretty intense.”