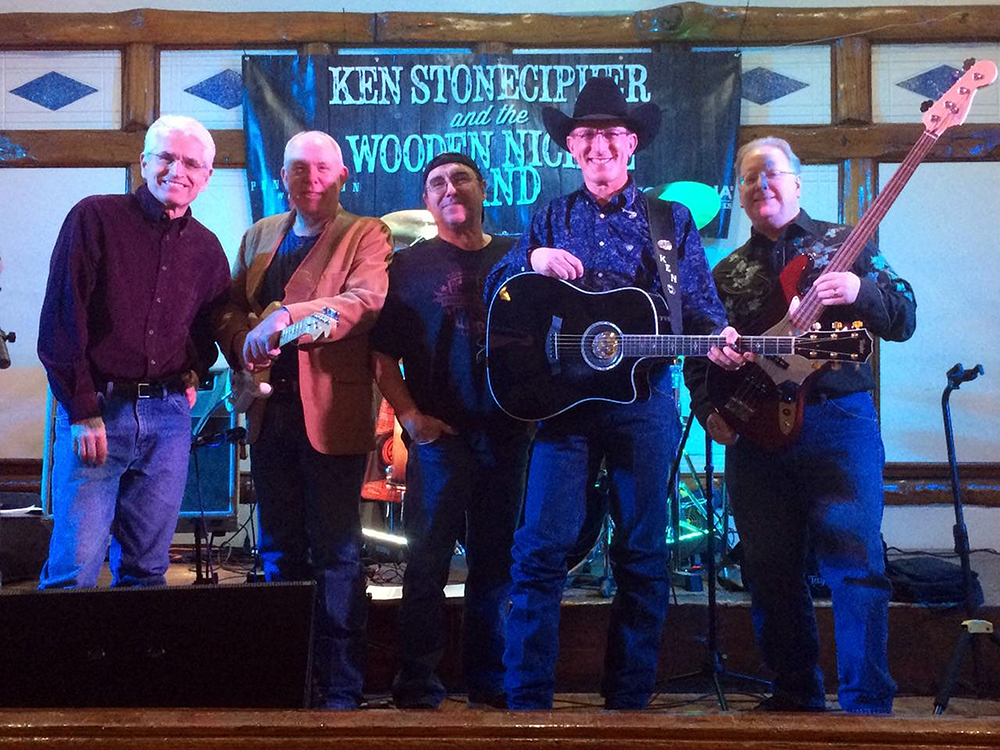 GUNNISON, Colo. – The sentiment “Back by Popular Demand” may be cliché, but it’s also fitting for the return of Ken Stonecipher and the Wooden Nickel Band to Gunnison for Cattlemen’s Days.

“When we brought Ken and the band to town last year, we quickly realized that we wanted them back this year,” said Kevin Coblentz, president of the Cattlemen’s Days committee. “We had so many people telling us how much they liked the band and how much fun both nights were, so it was a no-brainer.”

Cattlemen’s Days will run from Friday, July 5-Sunday, July 14, at Fred Field Western Heritage Center in Gunnison. The band will perform after the Friday and Saturday rodeo performances – at Wapiti Ridge Saloon on July 12 and at Garlic Mike’s after the final night of the rodeo.

“We’re excited to be coming back Gunnison and to be in town for the rodeo,” said Stonecipher, who has led the band for nearly 20 years. “It was such a great experience to be there last year, and it’s really an honor to be invited back.

“The crowds were great, and we really like the environment.”

He considers the band’s sound dancehall music, a variety of cover songs that most have heard and that will entice those that enjoy dancing.

“The first filter on what we play is songs that I like,” he said. “There are a lot of good songs out there that aren’t good for dancing. They’re good to listen to in a concert.

That’s the epitome of dancehall music.

“We try to play your favorite, but we’ll dang sure play music you can dance to,” Stonecipher said. “We play to have fun, but we want the people that are dancing to have fun, too.”

The Wooden Nickel band has been transformed over the years. After playing and singing primarily in church services, he and another musician would play acoustically. The duo then added a bassist, then a drummer. Now it’s a five-piece band with all the fixings.

Only Stonecipher remains from the original band, but he’s added the flavor of professional musicians who enjoy the opportunity to play their brand of music. They average between 20-30 shows a year, depending on his work schedule and when he might be announcing rodeos across the Midwest.

And that’s just what people in Gunnison will get on the final weekend of Cattlemen’s Days.