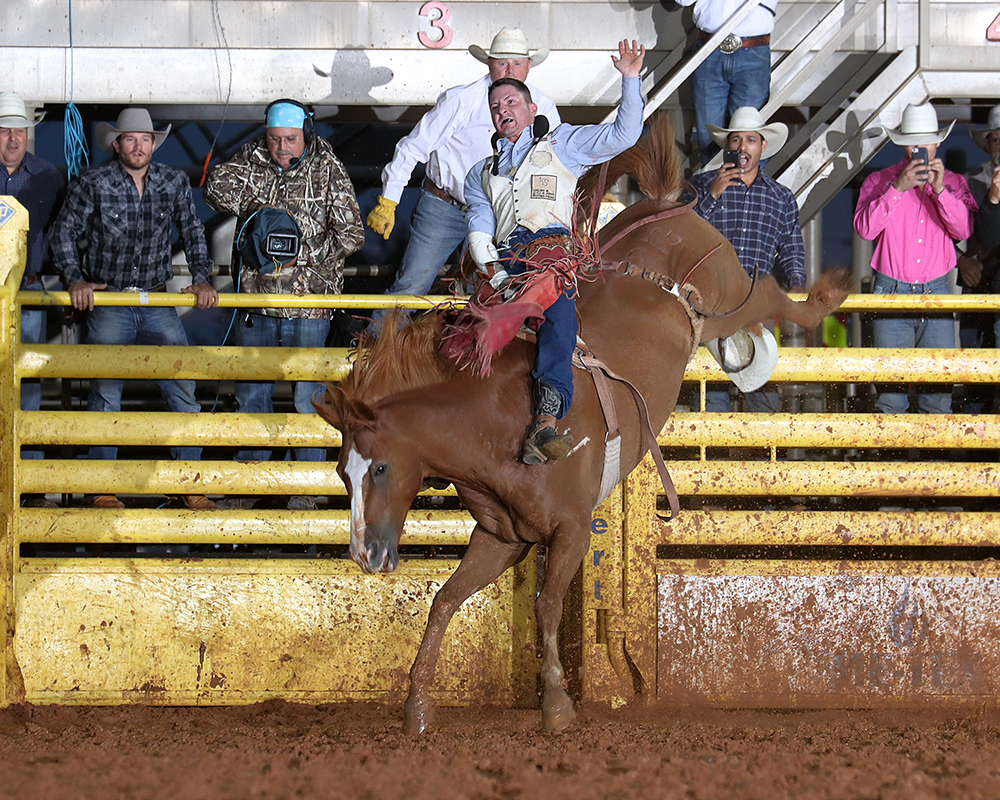 LOVINGTON, N.M. – There are many big things that come with organizing a rodeo as big as the one every summer in this southeastern New Mexico community.

From making sure the arena is ready to hiring the right personnel to gathering all the workers together to make last-minute checks of everything, from the bucking chutes to the back pens. But the volunteer committee that handles all the work never has to worry about what’s going to happen during the rodeo.

“When Pete Carr and his crew gets to town, I can relax,” said Trey Kerby, the rodeo committee chairman for the Lea County Fair Board. “They’re so good at what they do, and they take their jobs seriously. They work very hard at it.”

“I don’t think any other stock contractor could be any better,” he said. “Pete is very sharp and knows what he’s doing. Those guys put on an excellent show.”

Whether it’s one of the dozens of bucking animals that has appeared at the National Finals Rodeo or the overall production of the two-hour shows for five nights during the height of the fair and rodeo, the folks in Lea County lean on the Carr crew.

“You count the Carr animals at the NFR, and you can tell he’s got a bunch of great ones,” Kerby said. “He takes great pride in the animals, and it shows in the arena. They’re always in great shape when they get here, and I’d say most of the NFR animals every year have bucked in Lovington.”

That’s true, and that’s one of the reasons top cowboys make their way to Lea County every August. The combination of a good purse and great livestock makes Lovington a key stop on the schedule of rodeo’s top contestants.

It really doesn’t matter the event, either. There will be a host of saddle bronc riders and bull riders who will test their talents on Carr stock the second week of August.

“Pete has put together a good set of bulls,” said J.W. Harris, a four-time world champion bull rider from Goldthwaite, Texas; he also is the reigning Lea County Fair and Rodeo champ. “I think he wants to show that he’s got great bulls to go with his great horses.

“You know when you go to his rodeos you’re going to get on a good one. I like going to Pete’s rodeos because he’s got good people who work for him, but having all those good animals sure makes it easier for us to go to.”