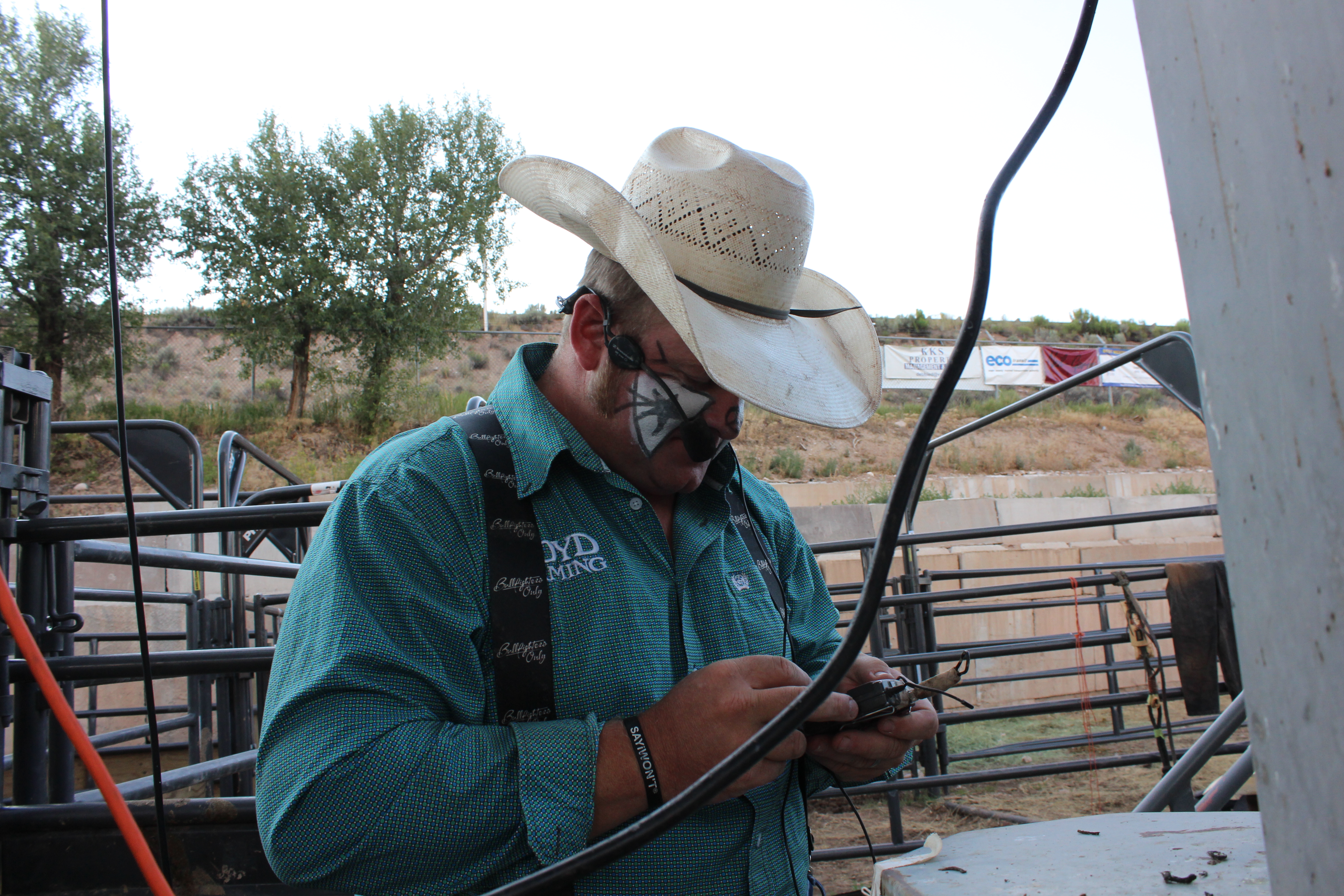 EAGLE, Colo. – Deep down, Justin Rumford is a cowboy, and he’s not about to let a knee injury slow him down much – even if it was a severe knee injury.

In fact, he will return to this year’s Eagle County Fair and Rodeo, set for 7 p.m. Wednesday, July 24-Saturday, July 27, at Johnette Phillips Arena on the Eagle County Fairgrounds. But that’s what being a clown is all about for Rumford.

“He is so well known, and I find him very entertaining,” said Hanna Albertson, chairwoman of the fair and rodeo’s advisory council. “I think Eagle County is going to enjoy having such a big name with our clown.

“He seems like the kind of person who is genuinely funny.”

Rumford was injured in January at the National Western Stock Show in Denver. He worked the next week in Rapid City, South Dakota, then found out just how bad the injury was. He suffered three ligament tears – ACL, MCL and PCL – a broken tibia and a double meniscus tear, so he had surgery Feb. 7.

He returned to the arena six months after, and he hasn’t looked back sense.

“I’ve been doing all the therapy and the rehab, and by Aug. 1, I should be about 90 percent,” said Rumford, the six-time Professional Rodeo Cowboys Association’s Clown of the Year. “I can still do everything I normally do except for some of the acts or work the barrel. For the most part, I can do about 95 percent of everything I did before.”

That’s a good thing for rodeo fans in Eagle. As he continues to heal, he continues to be the vibrant personality that has been his gift all his life. Raised in south-central Kansas to a rodeo family, Rumford has been around the game since the day he was born.

“It’s hard not to smile when you’re in Eagle, Colorado,” Rumford said. “It’s a great location with the mountains, green grass, running streams, beautiful crowds and a beautiful setup. That place is just cool.”

He is a third-generation stock contractor. Rodeo is in his blood. He’s roped and bulldogged; he’s ridden broncs and fought bulls; he’s even driven the semi-tractor trailers that haul prized steads.

“This clowning deal is the best thing I’ve ever had,” said Rumford, who lives Ponca City, Oklahoma, with his wife, Ashley, and their triplets, Livi, Lola and Bandy. “It’s something in rodeo that I can have a lot of longevity in. There’s not just a ton of risk, and it’s something I enjoy so much.”

Now he’s the preeminent funnyman in professional rodeo, just as his awards describe. He’s a comedian by nature, something he shared through every level of rodeo on which he’s performed. Whether he’s entertaining a crowd or sharing stories after the rodeo, he is the life of the party.