O’Connell is ready to ride again 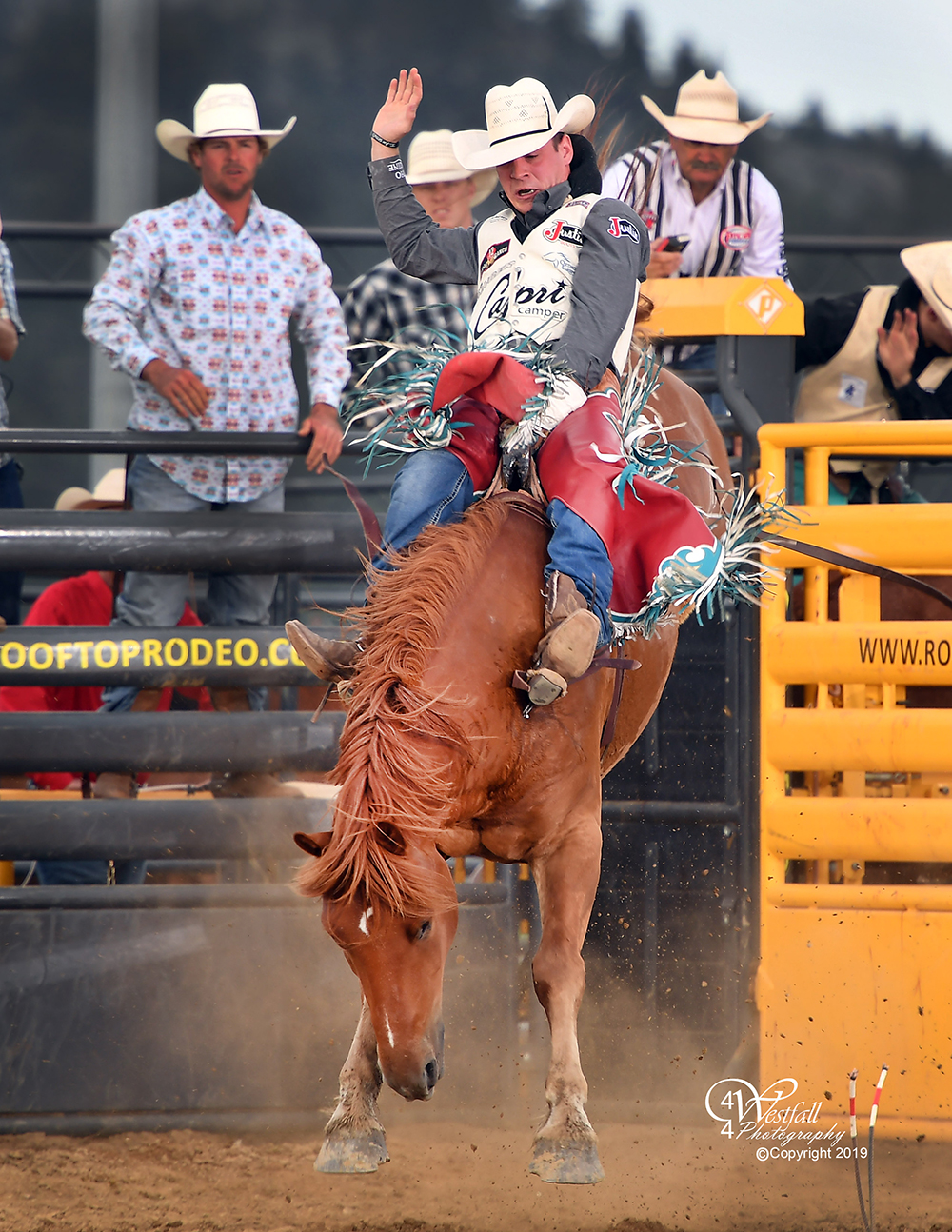 ESTES PARK, Colo. – Tim O’Connell’s final ride of the 2018 season earned him his third straight world championship, but it almost ruined his 2019 campaign.

Almost is the key word.

“I pretty much tore my arm off my body in the 10th round (of the National Finals Rodeo),” said O’Connell of Zwingle, Iowa. “It was way worse than they originally thought.”

After his ride on that final night of the season, J Bar J Rodeo’s All Pink got the better of O’Connell and ripped him down away from his riding hand. He laid on the ground for a few moments, gathered his composure and realized he’d won his third gold buckle in a row.

Over the next few weeks, he tried to rehabilitate that left shoulder, but it kept getting worse. After testing, he leaned on the advice of noted rodeo orthopedist Dr. Tandy Freeman and opted for surgery, which took place in mid-January. At the end of June, he received a cautious green light to get back to the business of riding bucking horses.

He’s glad that wasn’t the option, because he’s got his sights set on a fourth-straight world title.

“Tandy told me to proceed with caution and that if hurts, I’ve got to stop,” O’Connell said. “A gold buckle is on my radar this year; I just gave everyone a six-month head starts. I think I still have a good chance to do that, but that just goes to show what can happen at the NFR.”

Because of that, he made some adjustments to his typical rodeo schedule. He was originally schedule to compete at the world-famous Calgary Stampede in Alberta, but he opted out of that event to focus on events that can help him toward his bid for a sixth straight NFR qualification.

He arrived in Estes Park knowing very little about San Luis, but he found out quickly that he had a good chance.

“From how he was kicking in the video I saw of him with my buddy, Blaine Kaufman, that just told me that if I got ahold of him like I can get ahold of horses, I could get him picked up and could keep him going,” O’Connell said of the horse. “When I saw the draw and saw all the superstars that were here, I didn’t think I had a fighting chance.

“But after that first jump, I thought, ‘I’ve got a chance to win this thing.’ “

Now he’s quite thankful he took a chance on the young horse and is having success in Estes Park.

“I knew this rodeo paid good, but how much more beautiful can you get than this scenery,” he said. “This is Thursday night, and they’ve got a packed house. This is a huge week of rodeo that people take for granted this time of year because Calgary is always going on.”

He’s quite glad he didn’t take his chance in Estes Park for granted.