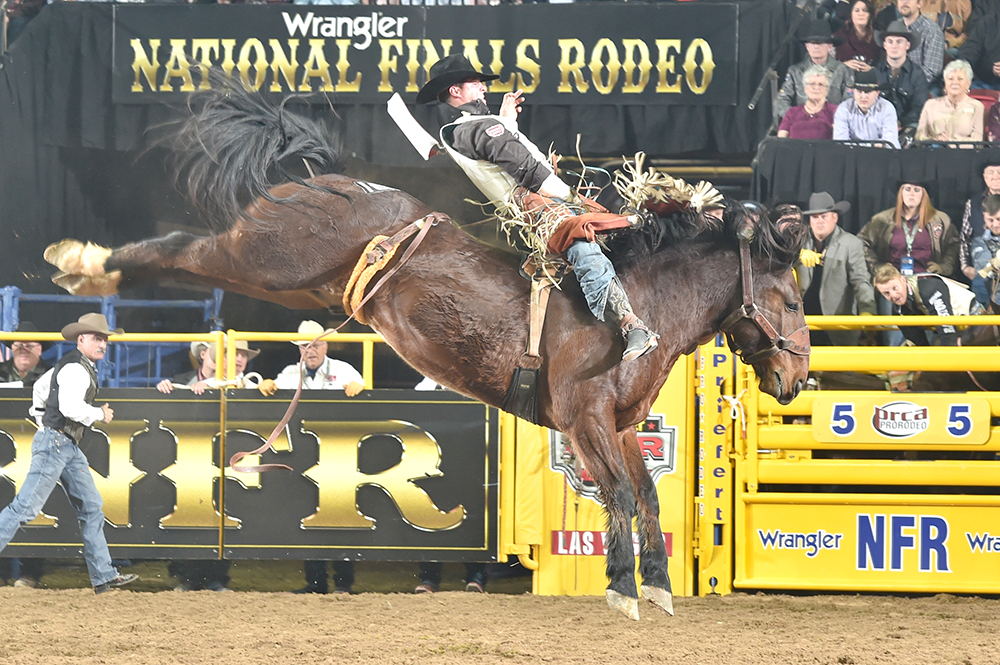 DODGE CITY, Kan. – The change that’s happening with the Dodge City Roundup Rodeo will be virtually unapparent to the naked eye, but they’re big nonetheless.

After decades of Harry Vold Rodeo producing the annual event, the volunteer committee that organizes Roundup Rodeo will lean on Frontier Rodeo, which has been named the Professional Rodeo Cowboys Association’s Stock Contractor of the Year each of the past four seasons.

“Kirsten Vold actually came to us last year about making the change,” said Dr. R.C. Trotter, president of the Roundup committee. “We’ve had Frontier here as a sub-contractor for a number of years, so I think the changeover will be flawless.

“We’re excited to be working with Heath this year.”

He’s talking about Heath Stewart, the rodeo manager who operates the outfit for owner Jerry Nelson of Winnie, Texas. Stewart runs the firm out of the Freedom, Oklahoma-based ranch, a two-hour drive southeast of Dodge City.

“It was awesome,” Hardwick said. “All my friends have been on that horse, and everyone’s been a pile of points on him. I was pretty excited to have him, especially in the short round.

“Dodge City is a great rodeo, and we come here every year. It’s always tough to win at this rodeo, because there are a lot of good guys and a lot of good horses in the short round.”

That will still be the case at Roundup. Frontier Rodeo is also a two-time winner of the Remuda Award, given to the stock contractor that has the best, most consistent pen of horses.

“We want everybody that’s entered to have a chance to win a check,” Stewart said. “That’s hard to do, but that’s always our goal.”