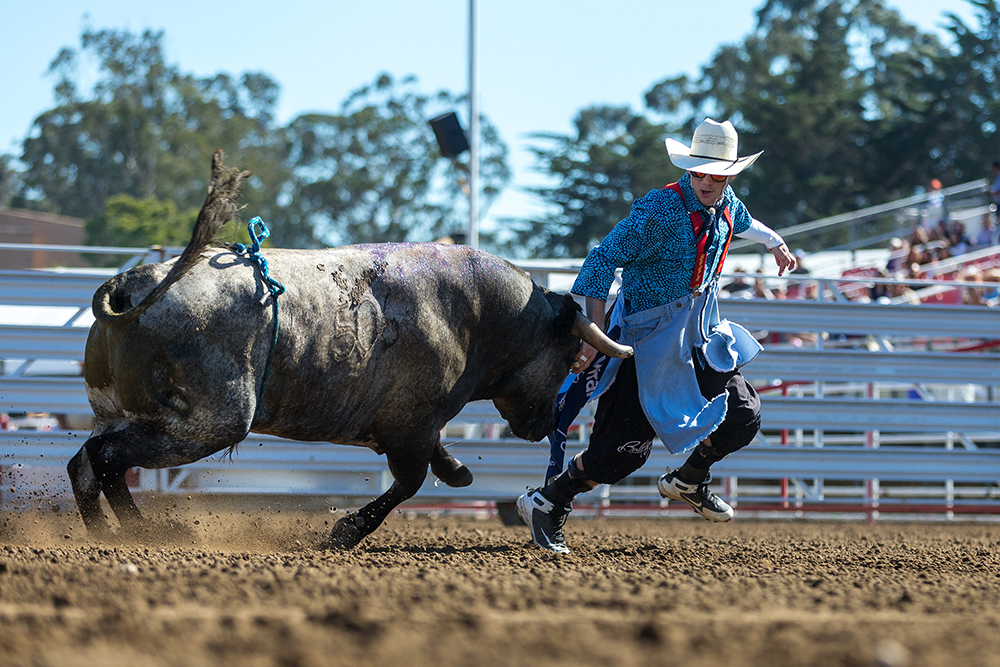 SALINAS, Calif. – A lifetime of freestyle bullfighting dreams is now a reality for Nathan Harp.

Last week, he returned to the Monterey Bay area to compete at one of the most prestigious events in the game, the Bullfighters Only Wrangler Bullfight Tour stop at California Rodeo Salinas.

After the final round on Sunday, July 21, Harp had earned the victory for the second time in his career and quickly moved up the BFO Pendleton Whisky World Standings. He now occupies 13th place with just shy of $7,400 in earnings.

“It’s pretty surreal,” said Harp of Tuttle, Oklahoma. “As a young bullfighter, there were three big bullfights before the BFO came along: Ada (Oklahoma), Salinas and Denver. It was a dream to go out to California to compete. To win it once, let alone twice, is a dream come true.”

Salinas is a different animal in the world of bullfighting. Six men compete in four rounds, with payouts being distributed each night. The biggest checks are given to the top scores in the four-fight aggregate. By finishing with a cumulative score of 331.5 points, Harp earned the title.

But he was dominant; he won the second and fourth rounds, was runner-up on the opening night and finished third in Round 3. His total score was five and a half points better than the No. 2 man in Salinas, Nebraskan Beau Schueth.

“I’ve either finished first or second the last four times I’ve competed there, winning by a point or two or losing by a point or two,” Harp said. “It’s one of the toughest bullfights in the game. It’s four rounds, and it’s based off an aggregate score. Every bull counts, and every point counts.

“Going into Salinas, my goal was to be consistent, fight bulls like I know how to fight and just let the points fall where they fall. I can’t control what the other guys do. All I can control is my mindset. That’s the best I’ve ever done, and thankfully I drew well. I drew the best of anybody there as far as the bulls go.”

That’s big, but so is the passion with which Harp takes care of business. In this dangerous game, and focus is always the key.

“Nothing matters when it’s just you and the bull – not the crowd or what you did the night before,” he said. “What I do is a gift that sometimes I take for granted. When I’m at my best, I’m just enjoying it.”