Benton gets redemption with win 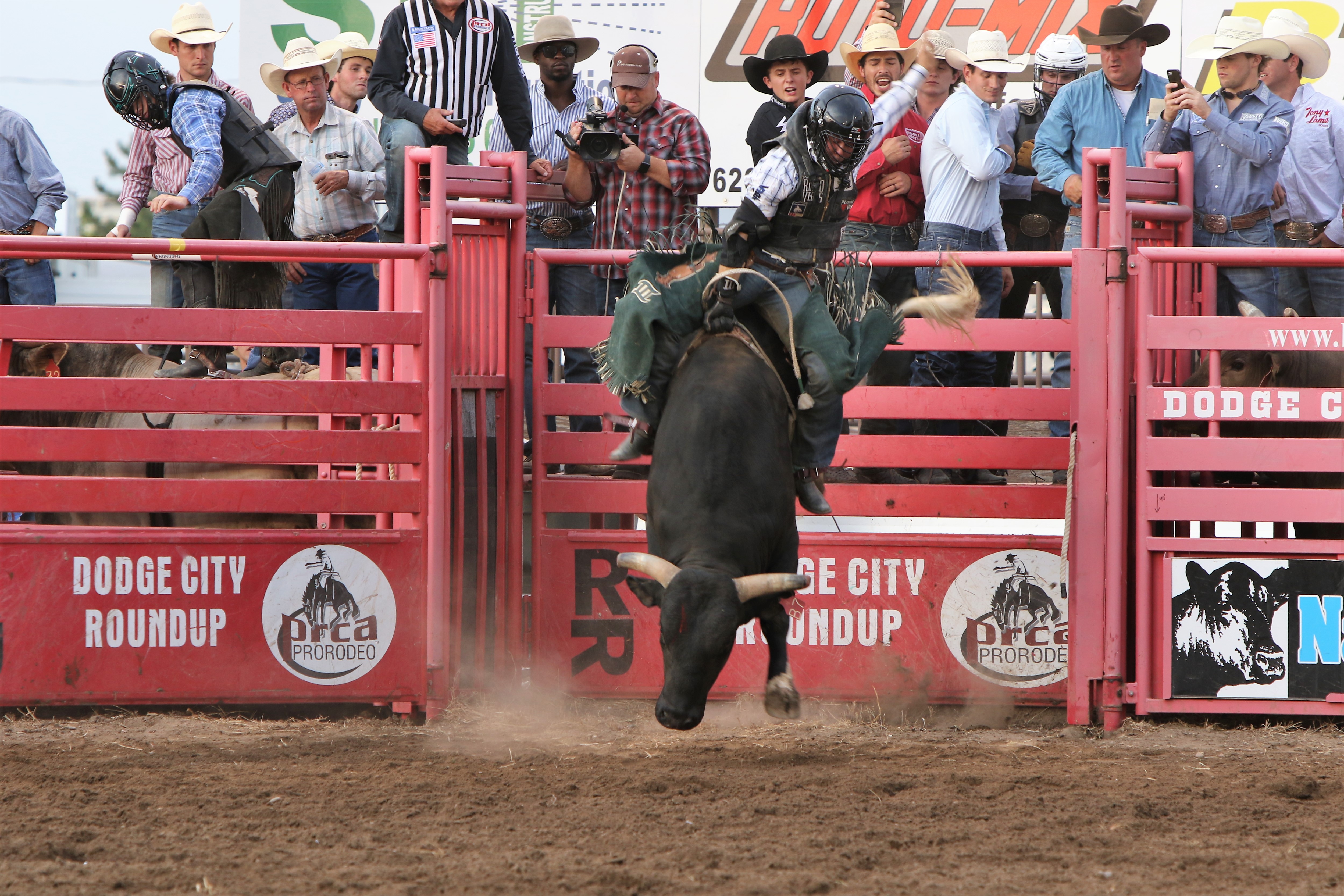 He got more than he bargained for, and he’s OK with it.

“I got a little redemption on a little bull called Black Ice of Frontier (Rodeo),” said Benton, a five-time National Finals Rodeo qualifier from Rock Island, Texas. “He threw me off at Lawton, Oklahoma, earlier this year, so I knew he was a really good bull. I just wanted to redeem myself, so it’s pretty sweet to get the win, too.”

He and Black Ice danced across the Roundup Arena dirt for 86.5 points, good enough for the specially designed trophy spurs and $4,850. Sitting 10th in the bull riding world standings heading into this week of rodeos, Benton pushed his 2019 earnings to more than $86,000.

He should have confidence in Roundup Rodeo. He won the bull riding championship during his rookie season in 2012 and has found his way to the pay window plenty since then. But being the 13th of 45 bull riders Tuesday, he had to wait through most of the event before accepting the crown.

“I was holding my breath the whole time, because it was anybody’s race,” said Benton, 27. “I had a lot to sit through. With Scott Pickens with 4L and Diamond S Ranch and Frontier Rodeo here, you know you’re going to get on something you can win on.”

It takes a great deal of success to be at the top of the game as long as Benton has. He made three straight trips to Vegas from 2012-14, then injuries got the better of him for a couple of years. When he returned to the NFR in 2017, he made a serious run at the world championship.

Then last December, he won the opening round of the NFR and placed in the third, but he failed to make the eight-second qualified ride in the eight other go-rounds. That’s why he’s not concerned with trying to win gold.

“That’s been the problem since I (finished) second, because I’ve been worried about it too much,” he said. “I’m going to run my own race.

“I’ve been trying too hard to make it happen. A world championship doesn’t happen without a little luck and being different from the rest. I’ve been trying so hared to get back that I’ve had other things get in the way besides riding bulls. When I show up, I’m here ride bulls, and we’ll sort the rest out later.”

Beau Schueth didn’t have nearly as much to fret about during the Bullfighters Only Wrangler Bullfight Tour stop that followed Xtreme Bulls. Schueth and Rockin’ B Fighting Bullls’ El Chappo matched together for 84 points for the Nebraska cowboy’s first Dodge City win in three tries.

“I’ve had that bull before, and he’s pretty much seen it all,” said Schueth, who finished the 2018 season as the No. 2 man in the BFO Pendleton Whisky World Standings. “You can’t really think too much, and you’ve got to go back to your basics on a bull like that. You try to take as many rounds as you can, because an old bull like that is not going to take many fakes because he’s seen them a million times.”

The first bullfighter in the match was Scrawney Brooks of Houston, who tripped midway through the fight, then was lifted off the ground by the bull and manhandled. He was unable to finish the required 40 seconds of a 60-second bout and received a no-score. Chase Blythe of Concord, North Carolina, was also pushed into the fence by his bull; while he was able to recover, he scored just 64 points.

“You hate to see it like that, because you want to see it all go out,” Schueth said. “It does take the pressure off, because all you need to do is complete the fight. But you still want to put on a show for the fans, so you just take it to the bull.”