Furr on fire in Bristol 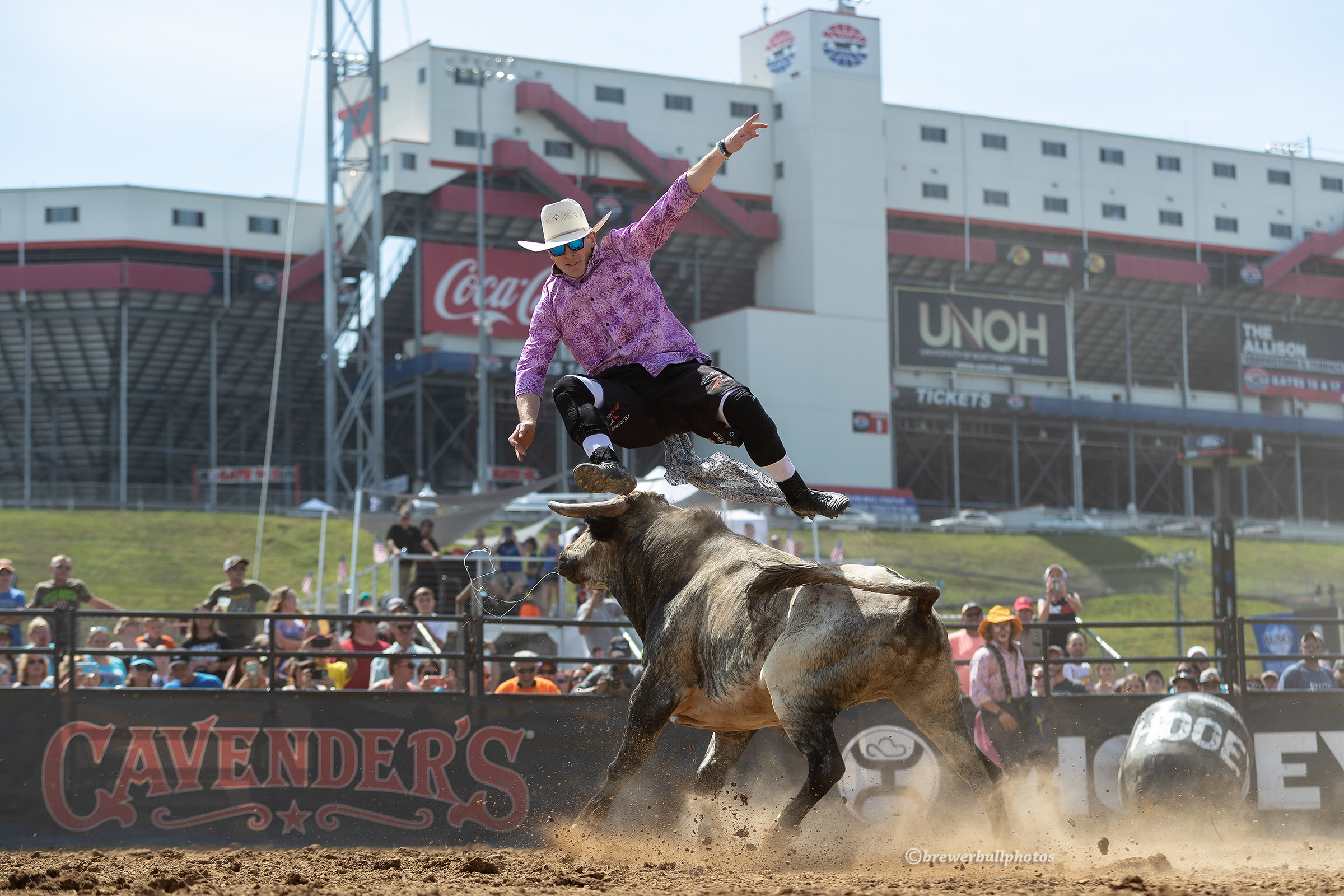 BRISTOL, Tenn. – Simply put, Kris Furr was ready to get back to work. His job? Juking and jumping over Spanish fighting bulls.

After suffering a groin injury last month in Colorado Springs, Colorado, Furr proved why he remains one of the best in the business by winning the Bullfighters Only Speedway Series stop at the Bristol Motor Speedway. He put on two high-marked bouts – an 89 to share the first-round victory and a 92.5 in the Hooey Championship Round – to win the crown.

“I’m just trying to get back up in the Pendleton Whisky World Standings,” said Furr, the sixth-ranked man in the BFO from Hamptonville, North Carolina. “I’ve been sitting out, and it’s time to get back to it.”

He did that well on a very humid morning in northeastern Tennessee and secured another Speedway Series event title.

“Other than it being very hot, it was great, and Chad (Ellison) always brings some really good bulls to those events,” he said. “After my first bullfight, it was one of those where I wasn’t sure if I did enough to be enough points. Usually when I think like that, I’m a lot of points.

“Come the short-round time, it was so damn hot, and I was ready to get it done, drink some water and take my stuff off.”

Furr tied with Nebraskan Beau Schueth and Canadian Aaron Mercer with 89-point fights in the opening round. They advanced to the Hooey Championship Round along with three-time world champion and world-standings leader Weston Rutkowski, who posted an 86 to advance.

All four finals competitors are firmly inside the top 10 in the standings, and it added up to a spectacular display of athleticism. Besides Furr’s 92.5, Schueth finished second overall with a 90-point bout in the final round, followed by Rutkowski’s 88 and Mercer’s 87.5.

“The crowd was rowdy at this one,” Furr said. “I think the time of the bullfights are what’s best for me because they’re in the mornings. I like it being early so you’re not thinking about it all day.”

While there was plenty to celebrate, a scary situation arose after the first round. Colt Oder of Moorpark, California, was flipped up into the air and landed awkwardly on his head. He regained consciousness and finished his fight, but medical staff quickly realized that something wasn’t right. Oder was airlifted to a hospital in Bristol and treated for head trauma. He has since been released.