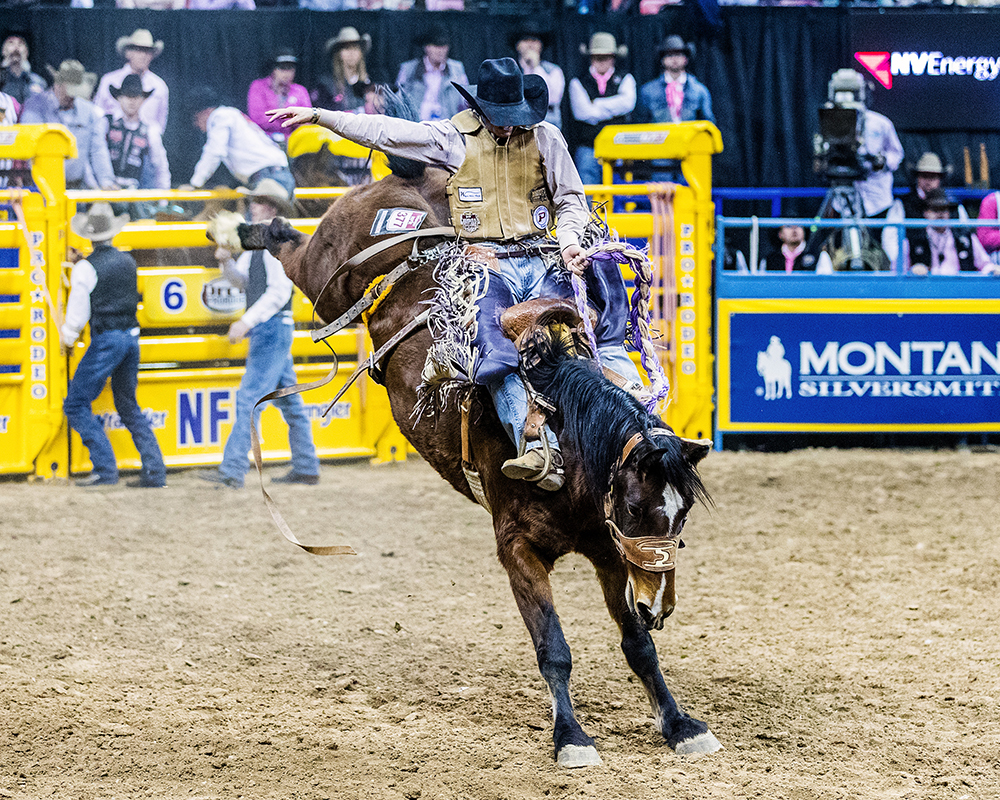 DUNCAN, Okla. – The hardest part of Hardy Braden’s job – outside driving tens of thousands of miles a year to do it – is being matched with the right partner.

He’s on pace to defend that title again, sitting No. 1 in the bronc riding standings with less than a month left in the regular season. He’s already clinched his spot at the circuit finale, set for 7:30 p.m. Thursday, Oct. 17-Saturday, Oct. 19, at the Stephens County Arena in Duncan.

“The circuit finals always seems to be a good place to finish off the year,” he said. “If a guy gets lucky enough and does well at the circuit finals, it kicks off his year in the same boat.”

By the time the championship takes place in Duncan, the 2019 regular season will be complete, and the 2020 campaign will be slowly inching forward. It’s the cyclical process that is professional rodeo.

“It’s not life or death to make the circuit finals, but it’s always nice to make it,” said Braden, who had victories in Burwell, Nebraska; Phillipsburg, Kansas; and Dalhart, Texas, in August to propel him to the top of the standings – the last of which is in the Texas Circuit, but because of its proximity to Oklahoma stands as a co-sanctioned event.

As August winds to a close, he owns a slim, $811 lead over the No. 2 man in the race, Colt Gordon of Comanche, Oklahoma. In addition to competing at rodeos in their home region, both Braden and Gordon are busy making their livings in the game they love; Braden is 27th in the world standings with $50,523, while Gordon sits 15th with $77,841.

In order to qualify for the circuit finals, both cowboys have to compete in at least 15 rodeos in the region, made up of contestants and events primarily in Oklahoma, Kansas and Nebraska. While that’s not an exorbitant number, it can be difficult to manage.

“It’s very tough,” Braden said this week while between events in the Northwest United States. “The bulk of our circuit rodeos go on during the time when all the Northwest rodeos are going on, and there’s a lot more money up here. To make that work, a guy almost spends more money than he actually makes to get his circuit count in.

“It’s tougher for us than other circuits. There’s nothing else this time of year than the rodeos in the Columbia River Circuit (northern Idaho, Oregon and Washington). It’s easier for the contestants in that circuit to get their count. The rest of us have to go back and forth a lot.”

They’re making it work, and the race for the year-end championship will come down to which cowboy has the best three rides over the course of the Chisholm Trail Ram Prairie Circuit Finals Rodeo.

“I feel like I’m riding as well as I ever have, but it’s just the drawing part,” Braden said, referring to the random match between him and the bucking horse. “If I can draw the right horses, I can usually place.”

That’s just part of what it takes to be successful in professional rodeo, and it’s why Braden continues to be a force in the circuit.

“I think a big part for me is always staying positive,” he said. “I’ve been taking advantage of the breaks when I get them and knowing that if something goes bad, I just forget about it and look forward to the next ride.

“When good horses do come, a guy has to take advantage of it. I think I’ve done that quite a bit, especially at the circuit rodeos.”