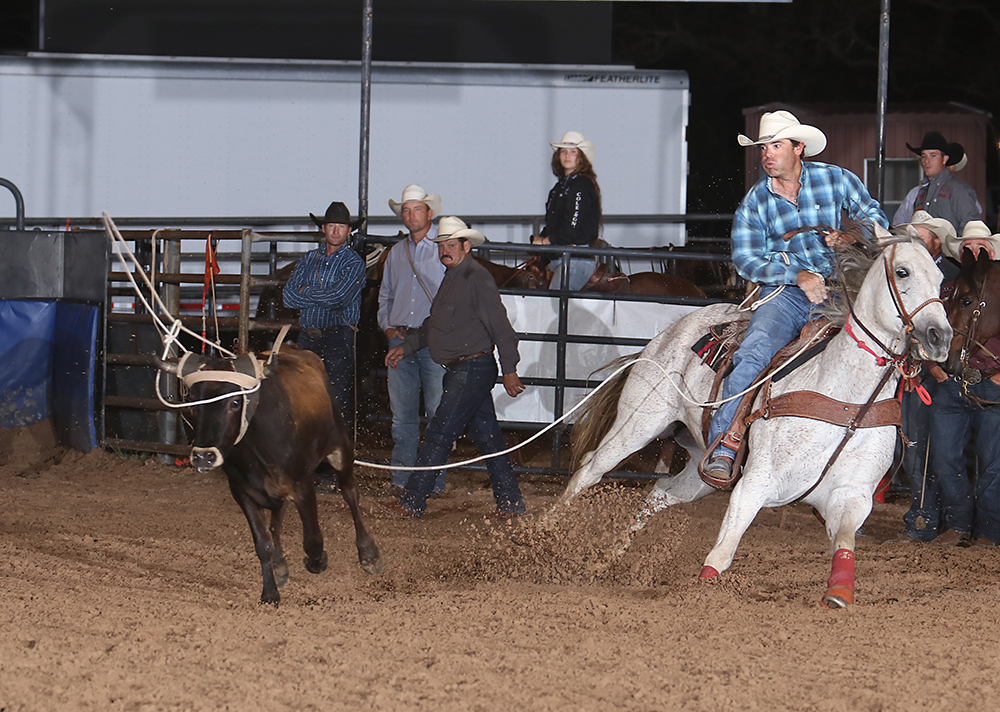 He sits second in the world standings and has assured himself a 16th qualification to the Clem McSpadden National Finals Steer Roping, the year-end championship for the discipline. But he knows a good start to 2020 will go a long way toward another outstanding year.

“I like that rodeo,” said Fisher, who has won the Bellville title each of the past two seasons. “Any time you have good luck at a rodeo, you’re going to like it. I like that it’s in the evening, and they have the best barbecue ribs of any hospitality we go to. The steers are really good, it has outstanding ground and a good set-up there.

That’s important for the contestants, and the prize money helps. The local committee features a $5,000 local money to each event, and that is added with the contestants’ entry fees to make up the overall purse. In rodeo, dollars equal points, so collecting cash is the name of the game. Only the top 15 contestants in each event at the conclusion of the regular season advance to the National Finals.

“I’ve been to Bellville every year since my rookie year,” said Fisher of Andrews, Texas. “This is one of the few rodeos you see that keeps increasing its added money every year. It just keeps growing.

“I really like that it starts off the next season. You get a few extra ropers, and it’s a revived atmosphere. Everybody’s excited. Every time I go down there, I’m fired up to rope and get some money won.”

ProRodeo’s regular season will end Sept. 30, so Austin County will be one of the first stops of the next season for hundreds of contestants in every event. For NFSR and National Finals Rodeo qualifiers like Fisher, it’s a great opportunity to continue to work on their games.

“Winning Bellville helped gain momentum, especially last year,” he said. “The season ended on a really long dry spell, and I needed something to get going.

“It was a huge confidence boost to win the rodeo and remind myself that I know what I’m doing, that I know how to win. It just got the ball rolling. I finished second at the Roping Fiesta (in San Angelo, Texas) and won the (Texas) Circuit Finals.”

That’s what’s led him to earn more than $55,000 in the specialized event this season. Over the course of his 18-year career, he has finished among the top five in the final world standings nine times. While he has yet to win the coveted world champion’s gold buckle, his record stands as why he’s one of the best in the business.

But for Fisher and most others who compete in steer roping, this is their chance to live out their dreams.

“The No. 1 thing for me is the love for the sport,” Fisher said. “I don’t think I could imagine anybody loving steer roping as much as I do. That passion drives me all the time to constantly work at it.  I’m always trying to find a better horse.

“Since I’ve been involved in the sport, I always want to see the sport grow. I love the way we’re going, adding new events, getting new rodeos, seeing these signature events go up. I just want to be part of it.”